I made it through the next two days without any trouble from Brittany. Thursday at lunch, however, I got my first chance to put what Dad told me into practice. I managed to find an empty table and sat down with my tray. Before I could even open my soda, Brittany plopped her tray down next to mine and took the seat right beside me. Her friends sat across the table, looking at me disapprovingly. “What the heck is your problem, Trina,” Brittany asked indignantly. “I didn’t even do anything to you, so why did you go whining to Mrs. Newbury about me? That was a bitch move.” At first, I couldn’t believe my ears. How could she possibly say that to me after what she did? I was just about to give up on my lunch and leave when Dad’s voice started playing in my head. “If you say it, mean it. If you mean it, say it.” What else did I have to lose? I told myself the answer was nothing, then I let fly.

“Didn’t do anything to me? You know that I hate the way I look, so you took one look at me in the locker room and acted like you were gagging just to hurt my feelings. Well, it worked. You and your little followers got a laugh at my expense and I got to spend the rest of the day crying about it.” The girls across the table (and probably half of the cafeteria, for that matter) stared at me in wide-eyed disbelief as I went on. “You’re mean,” I said, fighting back tears as I relived the memory. “Here’s what I think. I think you made fun of me because you’re insecure, too. I think you look in the mirror and hate what you see. I think you look at me and feel threatened, which you justify because your stupid ex-boyfriend was flirting with me while you were dating. I think you stopped being my friend because you’re afraid that’ll keep happening if you’re around me. I think none of that is my fault and you’re throwing away something as precious as a real friend because you’re scared. I think you keep these idiots around,” I pointed at the now red-faced girls sitting across from us, “because you can’t handle having nothing but your self-loathing for company. I went to Mrs. Newbury because I was afraid and embarrassed to say anything to you. I thought you’d just make fun of me even more. I didn’t want to be humiliated again, but then you come in here today and announce my business to the entire school. Now, Brittany, I have nothing left to fear. The worst possible scenario is already happening. I hate this. I hate that you’re not my friend. I hate that you feel so bad about yourself that the only way you can pick yourself up is to drag me down to your level and step on me. Most of all, I hate that you need a boy’s attention to feel valuable. You were valuable to me, Brittany. Why wasn’t that important?” The entire cafeteria was dead silent. Brittany stared at me, mouth open, not saying a word and I realized after I stopped talking that there were tears running down her cheeks. Then I noticed I was crying, too.

Brittany furiously scrubbed her face with her sleeve, then leveled a stare at me that I swear had murder in it. “You were never my friend,” she said through clenched teeth. “You’re just a fat, stupid, ugly slut that I used to hang out with because I felt bad for you. You’re a liar and I hate...” I expected her to be angry, but at that point I was totally numb. Then something happened that was so totally off-the-wall weird that I nearly fell over in shock. Just as suddenly as the murder look had come over Brittany’s face, it vanished and the flood gates behind her light brown eyes broke wide open. “I’m sorry, okay, Trina,” she managed to blurt out between sobs, “I’m sorry! I blamed you for Micah flirting with you and I hated you for it. I wanted to hate you, at least. I thought I did. I don’t even know anymore. I miss you, though. I mean, seriously, how could you possibly know all that stuff about me if you weren’t my friend?” I finally sat back down, opened my soda and took a drink before answering. “I don’t have to be your friend to know that stuff, Brittany. I have to be your friend to care. I guessed all those things just now because that’s how I feel.” Brittany’s “friends,” whose names I never bothered to learn, were all staring at her, dumbstruck. Before she could say anything back, the one in the middle pointed at me and said, “Are you seriously gonna just sit there and let her call us idiots and followers?” I’m not sure why, but that question made Brittany laugh. “You are idiots and followers,” she said, “otherwise you wouldn’t laugh when someone else is being treated like crap.” All three girls, as if to prove Brittany’s point for her, made the exact same disgusted sound in perfect unison, stood up from the table and stomped off with their lunch trays. It was like something straight out of a Broadway comedy. The rest of the cafeteria, which had remained perfectly quiet until that second, suddenly came alive with raucous laughter. A few of the boys at the table next to ours even started cheering. I could feel blood rushing to my cheeks, but it was a different kind of embarrassment than I’m used to. This felt like I imagined it would if a very shy person won some kind of big award and had to go up on stage in front of a huge crowd to claim it. I half expected someone to start yelling for a speech, but Brittany snapped me out of the daze with a hug. “You know,” she whispered in my ear as I hugged her back, “we’re probably never going to live this down.” I heard someone say what sounded like “chicks are crazy” and I knew she was right. I whispered back, “Maybe not, but if we don’t stop hugging soon, they’re gonna start calling us lesbians.”

Brittany and I spent the rest of lunch hour catching up, needlessly apologizing and laughing like maniacs. It was the best I’d felt in as long as I could remember. When Dad showed up to take us home, I could practically see the satisfaction on his face as soon as he laid eye on me. I got in the car and, to my great surprise, he didn’t say a word. We spent the ride home listening to his dumb music, but this time I actually listened to the words of one song. The guy was going back and forth between singing and typical heavy metal screaming, but I actually managed to make out most of it. The song was about a guy who lost his girlfriend (I think) to suicide after a big fight with her. That was the day I first started getting into Dad’s music.

As soon as we got home, I grabbed my phone out of my backpack and made my way to my “TikTok studio.” “Hey, fam,” I said to the camera,” have you ever sat through a dad speech and been like, ‘This guy has no idea,’ but then later you needed the jaws of life to pry your foot out of your mouth? Happened to me. I don’t have time to give you the whole speech, but he told me to keep life simple by saying exactly what you mean and meaning everything you say. Total honesty, all the time, no matter what. ‘Talk like your old man,’ he said. Best. Advice. Ever. I hate it when he’s right, but hey, I got my best friend back and I feel really good, so I guess it’s okay. Never gonna tell him that, though. Later!” Too late, I noticed the closet door was open a little as I finished uploading the video. “Hullo,” I said questioningly in my trademark silly deep voice, knowing full well who was on the other side. As soon as I spoke, Dad’s head appeared through the opening.

“I have no idea what you’re talking about. I didn’t hear a thing. I definitely did not hear you say I was right and certainly not that it was the best. Advice. Ever. That’d just be crazy.”

“Ugh, fine. You were right. Best advice ever. Never doubt you again. Dad knows everything. There, happy? Ego nice and inflated? Got something to brag to Mom about during pillow talk time?”

“Oh-ho-ho, you bet your butt I’m gonna brag about this one. Every man dreams of the day when he gets to look his wife in the eye and say with tremendous fanfare, ‘I WAS RIGHT!’ Tonight, I live the dream!”

“Oh, gawd, really? Ah, whatever, I guess you deserve it. I’ll even forgive you for the whole women-are-emotional-lunatics part.”

Dad laughed. So did I, then he patted my head like I was a little girl, which I usually hate but let slide this time, and left. “That wasn’t so bad after all...”

A novel in the works by yours truly. Fiction set in our world, about a teenage girl's life after she takes her father's advice about how to simplify everything by changing the way she talks to people and interacts with them. 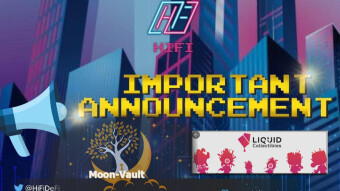