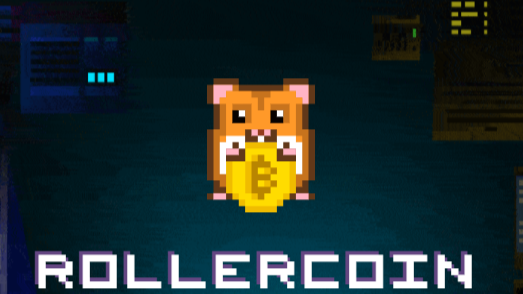 Rollercoin Redux - Having a look back at Rollercoin!

Rollercoin - pretty much the first Play2Earn game I got into on this journey into the world of crypto.  It's hard to believe but according to my profile I registered to play Rollercoin in February 2021 so I've been using the platform for over a year.

First things first - as I do with most of my posts, if you are not on RollerCoin already I suggest you give it a go - my referral link is below"

(and as far as I know you still get free 1000 sat to get started so why not try - its free, its a grind but if you start at 0 its better than nothing!) So in case anyone has forgotten Rollercoin, in their words, is an Online Mining Simulator.  Back when I started it was pretty simple, play a lot of minigames, earn mining power, earn the coin of your choice or their in-game RLT token, buy miners, rinse and repeat.

Back in those first few weeks I was able to play a stack of games (the refresh rate on games was done differently then) and managed to get 1PH/S of power just from playing games.  It did get tiresome after a while but I kept at it just at a lower rate for a while.

I put in some BTC from Cryptotab and from faucets here and there and managed to, overtime, save up some funds to buy some miners, culminating in my first exciting purchase of several event miners from the One Million Players event.

I have had a kind of love/hate relationship with Rollercoin - I was really angry at their birthday event which basically excluded all small players and really benefited only the long term players or whales.  Seasonal events came which seemed ok - still heavily weighted to whales but c'est la vie as they say but after the first season seemed workable and I managed to barely complete it again with some input from Cryptotab - then I felt really angry again when their second season came about which ramped up the pricing of the event massively!.  This was almost the last straw as in the seasons you basically had to pay to complete them as it was almost impossible to get referrals all the time not to mention all the work on the other tasks over 60 days or so.

While I did manage to compete season one with the debacle of the birthday event and the season two "stab in the back" as I felt it was for any small player almost ended my time with Rollercoin.  I stopped blogging about it but did just keep plugging away in the background.

A number of changes kept on coming, a market place in the offing, lootboxes were introduced some changes were good (with daily xp challenges for events) and some were bad - still requiring referrals to complete tasks for the event but even worse adding a requirement to buy lootboxes and spend RLT for the events too. Double earnings weeks for different coins came and went as have Weekly Offers on miners.  Bonus % increase to power was added to miners and more balance changes and a war on bots happened to.

And so where are we today.  I've completed two of the seasons (one and three) and passed on the evil season two.  Season four has just started and the price seems to have gone up again but not as much as Season two. 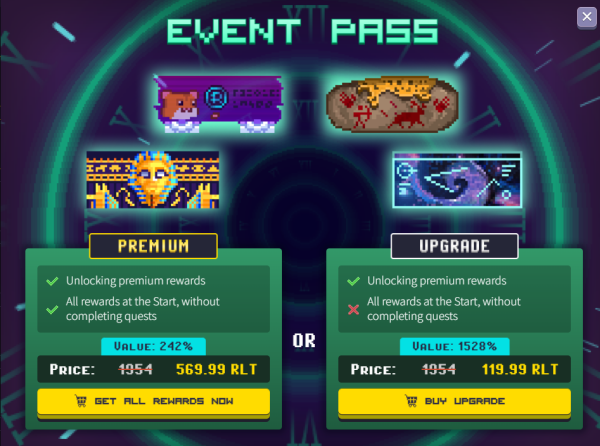 I will probably buy the pass but not sure if I'll be able to complete it.  Generally the passes are good value - especially if you can pay with what you earn in game.  Not so much if you have to pay real money.

Just for some stats 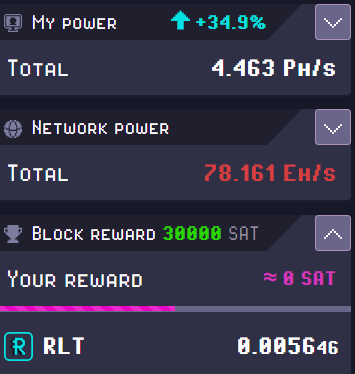 After a year, a couple of seasons of playing, heres my current stats for power and earnings - currently I only get 0.005646 RLT every 10 minutes which based on a calculator that is available for Rollercoin equates to

It's been a fair bit of work, a bit of annoyance, a bit of joy here and there.  The big question for me is will the account keep improving or, will accounts such as mine continually to reduce in value as bigger whales take a greater share of the rewards available?

Thus far the account has generally been improving but I have often felt that in the long run whales will eat the rewards and leave the little guys with a smaller and smaller share.

I think I've decided that I'll keep on with it as long as I keep improving.  I'll also try to update more often on Rollercoin as and when updates and progress happens.

So if you're interested at all, and are not already in the game, give it a shot:

Afterall, even just a little "free" crypto a day will help build your balances and hopefully we'll be able to be whales one day too!

And if you're interested in any of the other programs I currently work with links are below:

Good luck and as always, do your own research!

Have fun and heres hoping you can make a buck or two of crypto too!