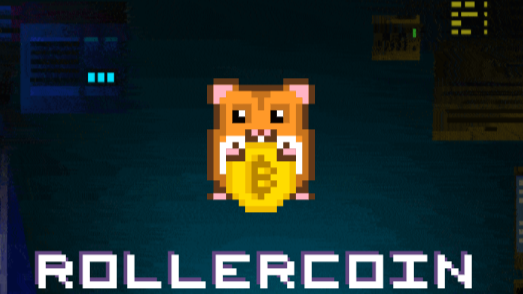 So I keep on Rollercoining and notice theres been a big Patch on Rollercoin today! They have made some big changes - I'm not altogether happy with them but they are not all bad so I'll go through some of the major ones here:

So to start - where do you find their patch notes?

Its a major patch with some quite significant changes, in my view, to how the game is played and where the game is going.

Let me go through each of the sections here to start and I'll probably try to go into some more depth in some later posts.

To put it bluntly I don't like the first change.  To be more realistic, they have changed the block timer from 5 minutes to 10 minutes.  As they put it "Just like in real-world mining, the mining tasks are getting harder. RollerCoin is not an exception! Below are the new timers of the block mining time"

So the mechanics of the game pre-patch were that every five minutes you got a share of the "mining block" based on your percentage of power vs all of the miners power.  By doubling the timer to 10 minutes that halves our earnings!

However assuming their patch notes are not mistaken, Doge mining's block has gone DOWN from 15 minutes per block to 10 minutes per block - So if you're into mining DOGE then that is a positive.  I was not aware that Doge was treated differently but I guess it is so this is a thumbs up I guess.

Overall rating - NOT SO HAPPY!

For reference the timing is now:

More changes to the economics.  Again in their words:

"We set a Block Reward almost a year ago, and this year has brought a lot of changes to the market. The previous block reward was chaotically unbalanced, so we rebalance the whole block according to the actual market situation."

So the new rewards seem to be a general increase in each of the rewards except for Doge which has crumbled!!  For BTC, ETH and RLT they have more than doubled the rewards so  on that basis between the block time increase and the reward things stay fairly similar.  For Doge however the reward has gone from 240 per block to 20 per block.  That is a massive decrease.

Their reasoning for all this is to better reflect the market and where they think crypto currency values are so I guess this sort of balancing is going to be a regular thing.

Overall rating - HAPPY (unless you're into DOGE!).

For reference the rewards table is now:

The next set of changes are not major in my opinion but may be good things for some people.

- The minimum withdrawal amount for DOGE is now only 150 (was previously 300).

- The minimum purchase amount for RLT is now only 1RLT (was previously 10).

Reducing minimum withdrawal amounts is always a good thing - allows more flexibility.  Similar for purchasing - if you have a smaller minimum it becomes more flexible for players.

So this change in a word is CRAP!  They have reduced the value of gaming by 30% - this means that you have to do a lot more games to get the same power.

Their rational is that Rollercoin is not a "Job" and the games a for "Fun" .  They think its unhealthy to spend so much playing the games so they have reduced their value!

Personally I don't agree with this - I feel it makes starting the game a LOT harder and only benefits earlier players who have already passed the initial stage of the game and have miners (thus not relying on GAME power!).

Overall rating - INCREDIBLY BAD! - they need to find a way to make the "early" game part a bit easier.  Maybe they could allow miner renting so you could get into passive earning via mining much faster?)

Finally apparently its their 3rd birthday this week so apparently there may be some big surprises coming! Hopefully its a big sale or something really good.

Where to from here?

So overall I have mixed feelings about the patch - the reduction in game earnings is a real bad thing in my opinion but it does support my earliest thoughts that Games are only the beginning and things only start to get "good" once you can afford miners.  They have given us some flexibility which is great for using RLT and while they have slowed the economy a lot by doubling the block timer they have balanced that somewhat by increasing the reward.

My strategy will remain the same - play games, get crypto, fire some at rollercoin from Cointiply/Cryptotab and hopefully get into the next phase of the game sooner rather than later!

Hope you enjoyed my summary of the patch - feel free to comment or ask any questions and if you're interested in joining Rollercoin or earning crypto to send to Rollercoin I'd be very happy if you used my links below.