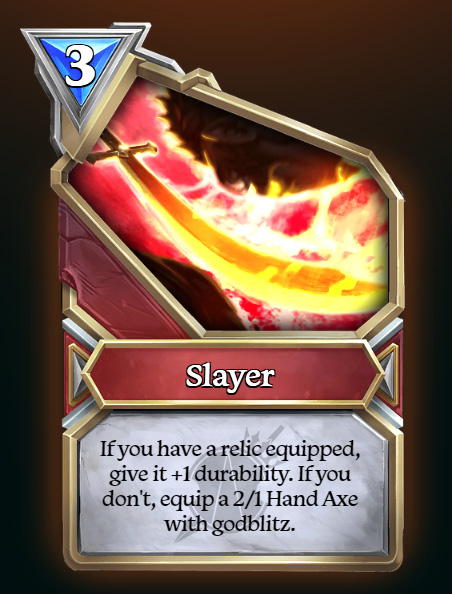 By CryptozNewb | Tales of a Cryptocurrency Newbie | 7 Aug 2019

This past weekend saw the 2nd iteration of Ranked mode for the Gods Unchained beta, wherein players can build their decks, compete against other players, and get rewards at the end. This time around, rather than simply handing out prizes based on rank alone, they also factored in number of games played (the winner played over 250 matches!!).

You can see the full placement list here - https://docs.google.com/spreadsheets/d/1OjnjHz2Ku23bcJe71WlAghoWWFpK5eauU6XoclxJsXI/edit#gid=0

Over the weekend I managed to play 34 Ranked Constructed matches (sacrificing some sleep in the process), with a not-so-great win rate of 55%. Part of the problem is that I often switch decks. If I had picked one, stuck with it, and refined it, I might have fared better.

I did finish in the top 100 (71st actually), and was gifted a Rare pack (I was hoping to post a screenshot but the rewards have not yet been distributed). 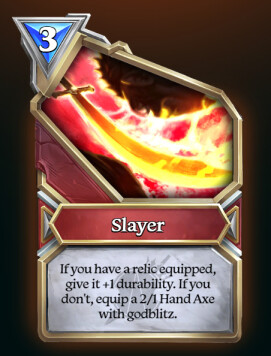 NewMeta27 emerged as the victor this weekend, bringing home a Shiny Legendary pack for his efforts. He was running a War/Slayer deck, which is interesting, as the Slayer God Power is not a very popular one. But he put together a nice deck and managed to thrash many a player with it. You can see his last version of it here. I have tried various weapon-focused War decks since early beta, with mixed results. Seeing NewMeta's success, I realized that I was trying too hard to shoehorn as many weapon cards into my deck as I could. He wisely chose to focus on one of the more powerful weapons, and then use the Slayer power to keep it on board for as long as possible. Very clever. Wish I had thought of that!

A few other notable decks from this past weekend:

ihavesomecards (2nd place finish) ran a Light deck with Serene Blade and had an 81% victory ratio!

fastexe (3rd place) stuck with the ever strong and ever popular Nature deck. In fact, 3 of the top 10 finishers were running Nature decks!

There were also some strong Magic decks and a few very nasty Deadly/Deception decks (though none of the latter made the top 10 list). All in all, a decent spread of Gods represented. We just had a balance patch earlier this week, which includes a couple of Nature nerfs and Deception buffs, so it will be interesting to see how things shake out next time around.

My deck builds tend more towards the Jack-of-all-trades side of things, where I try to have options for every scenario. But the tournament results show that keeping a focused deck is a better option. If you're going to do something, do it well!

Special thanks for GuDecks for compiling and presenting the match results in an easy to navigate interface. Being able to see what sort of decks and cards players are using, as well as their match results is excellent information and makes the game much more fun and interesting!

If you enjoyed this article and want to support my gaming habits, please consider using my referral link next time you decide to purchase any packs for Gods Unchained. Thanks!