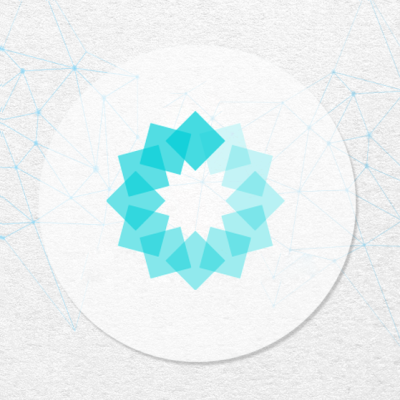 PowerLedger (POWR) is a blockchain based solution that lets users transact energy, trade environmental commodities and invest in renewable energy. Founded in 2017 by Dr Jemma Green, David Martin and John Bulich, PowerLedger is one of the earliest projects to envision the application of blockchain in the energy industry.

The team has already developed a software program that lets users trade energy stored on rooftop solar panels. Any excess energy can be sold to others on the grid. The whole network reduces power consumption, wastage and incentivizes environmentally friendly behavior.

Several pilot programs have also been launched in a diverse set of areas that include Australia, Austria, Japan, Thailand and the United States. These pilot programs are testing a variety of use cases where the PowerLedger can be applied, such as the tokenization of renewable energy, trading of rooftop solar energy, tracking energy consumption habits and more. The key to this project’s growth is getting more members to join its network, and the PowerLedger team has been intensely concentrating its efforts on creating these pilot programs.

Q4 2018 and Q1 2019 has seen the team do just that, with efforts to break further into the Asian market and a few pilot programs having been set up. The team has taken the time to review the results of the pilots and it appears to be doing well as, one major pilot program has been extended. Another major partnership is with Clearway, a major American renewable energy assets company.

The remainder of 2019 and the early months of 2020 will see platform enhancements, like payment channels, and more pilot conclusions. The team is also expecting to launch “Virtual Power Plants 2.0”, an autonomous energy market.

Image by Steve Buissine from Pixabay Each and every aspect of our lives will radically change thanks to blockchain technology. No centralizing corporation will be able to escape the "decentralization effect." That is why I always say that the process...

Powerledger: Green Cryptocurrencies for the environment

After the article dedicated to NEAR Protocol, I continue my review of the Green Cryptocurrencies. Today I’m talking about Powerledger (POWR), a technology company that builds software for distributed and decentralised energy markets for a sustainable...

In this video we go over the outcome of the Gyen and Powr event that left 1,000's of investors holdings worthless bags of an overpumped stablecoin that stole half of everyone's money. We will see what Coinbase and Coinbase Pro have as a r...

GYEN AND POWR DELSITED FROM COINBASE AND FROZE ACCOUNTS

Gyen and Powr have been delisted from Coinbase as Gyen had abnormal volitility and Let's find out why they delisted Powr or if they only did that to customers that had gyen. They froze people's accounts and didn't provide a resolution.   On...

Once again Publish0x scores a 10 out 10 in dealing with spam on their platform Last night I posted about the Peer to Beer Energy Trading Initiative that Power Ledger and Carlton & United Brewery have launched in the Australian eastern states. Peer T...

No it is not a typo. Peer to Beer is a real thing.  Carlton United Breweries, home of the iconic VB beer (Victoria Bitter), is rolling out a new form of power trading with their customers, which is sustainable and cost effective.  The Birthday Celebr...

This is my first Random Alt-Coin review. For this series of posts, I plan to periodically do a quick dive on one of the less know alt-coins. I will pick the random alt-coin from CoinGecko's list of coins in the market cap rank of 101-200 on CoinGecko...

With the extraordinary rise of DeFi taking over the entire cryptocurrency industry, there is little space for non-DeFi projects to make any headlines. Today, crypto heads are concerned with finding the next DeFi project that they can farm with the ho...