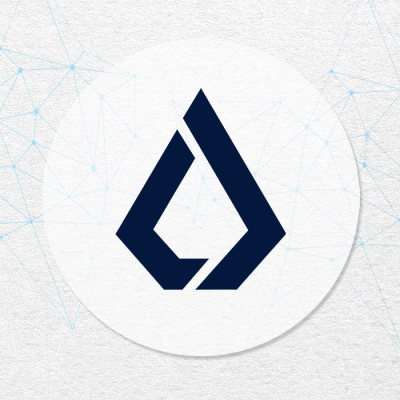 Lisk (LSK), launched in May 2016, is a Blockchain-as-a-Service (BaaS) platform that allows developers to build their blockchain network with end-to-end services, using JavaScript (JS). JS is an extremely popular programming language, and the intention of Lisk is to make blockchain development and deployment accessible, convenient and rapid.

Decentralized Ledger Technologies, growing in popularity and gaining legitimacy as a viable technical solution to many existing problems, has interested small and medium businesses who are seeking to leverage the technology to boost their own businesses. The challenge for small and medium businesses, which lack the funds of multinational companies, is to build an effective system that is reliable and cost-effective. For this reason, BaaS services have been growing in popularity - they require an approachable level of technical knowledge that most developers already possess.

Although it is not the only project in the space, Lisk distinguishes itself by the fact that it focuses strictly on JavaScript - a language that millions of programmers use - which makes it easy for a company’s in-house resources or a contract worker to build a blockchain.

Developers can create their very own sidechains and link them to Lisk’s mainchain, where the LSK token is used. Lisk most recently announced the release of their Alpha SDK, which gives developers a set of tools that lets them build applications on the blockchain easily. The team is currently working on improving the security and reliability of its protocol, including changing the consensus protocol, improving the multi-signature solution and establishing a dynamic fee system. Previous major development milestones include releasing Lisk Core 2.0 to the mainnet, which brought about several major changes.

It Will Be The Most Powerful Reversal Of Lisk Coin (LSK)

Build DApps with Lisk: Make Your Gateway to Blockchain.

Today, we will look at the Lisk (LSK) crypto project and discuss the project’s key features and products. We will also be explaining how you can exchange Lisk (LSK) at the best rates and with the lowest fees. Once you find the right place to exchange...

Subscribe and join the Community today! ► http://fuk.io/yt     Want to read my unique interviews with top cryptocurrency entrepreneurs? Have a look at crypto blog https://fuk.io Follow me on twitter https://twitter.com/kingscrownBTC Currently sugg...

The Final Countdown for Lisk

Fantastic song by Europe 😊 This time the final countdown is for Lisk’s last halving. Obe wait for it… Lisk is a platform for blockchain applications. Even though Lisk is a fork of Crypti blockchain, Lisk developers wrote whole code from scratch. Rath...

In this article, we will run through the basic information and fundamentals of LSK as a project, give you information on the LSK token, and offer a prediction for the price of LSK in 2020-2025. Let’s start the price prediction with a brief introducti...

Can GitHub activity be used as a metric to evaluate blockchain performance ?

A short history Launched in February 2008 by Chris Wanstrath, P. J. Hyett, Tom Preston-Werner and Scott Chacon using Ruby on Rails, Github is a web-based Git(Git is a distributed version control system for tracking changes in source code during sof...

Ethereum, EOS, Tron & Ripple can't even compete Bitcoin has dropped to 9th place with the top 3 most active projects going to Lisk, aelf, and Chainlink for Github commits over the last 12 months according to Github reporting site CryptoMiso. Each...

Welcome back. Regular readers of our blog know that we usually try to analyse the vulnerabilities very thoroughly which allows us to code functional exploits. Then we execute the exploits in our isolated environment where we run an instance of a main...

On 7th Feb 2020 I posted an article where we have seen that the priceline of Lisk was moving towards $1.67 resistance level. And I predicted that if the price line will be able to breakout this resistance then it we can easily target the point of con...