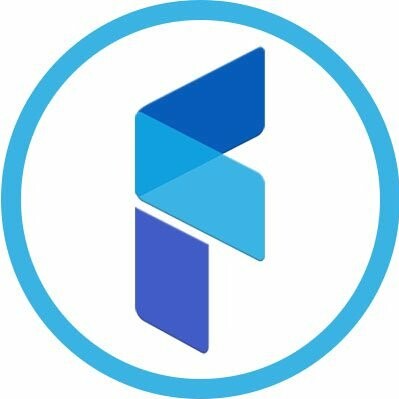 The Foundation for Interwallet Operability (FiO) is a blockchain consortium of wallets, exchanges and cryptocurrency payments providers, all of whom utilize the FIO protocol. Development is overseen by the FiO foundation, and the company originally behind the development of the protocol, Dapix, received $5.7 million in funding through Binance’s venture arm, Binance Labs.

The FIO blockchain uses the Delegated Proof-of-Stake (DPoS) consensus algorithm, which the team says ensures scalability and provides adequate incentive mechanisms for network contributors. The network’s token, FIO, is used to pay for transactions - but the distinction here being that users will pay a “modest” yearly registration cost associated with the FIO address.

The project’s roadmap is a detailed document that does not provide specific dates for most objectives, though it does offer a thorough look into the development process and vision. The roadmap does state that the initial version of the FIO protocol is expected to launch in Q1 2020.

In the year following the mainnet launch, the team has outlined the following goals: a pricing oracle, a block explorer, enabling the FIO domain in other wallets and more. Secondary ideas include aliases, multi-sig routing, a verified user program, browser plug-ins, among other ideas.

Crypto is hard, FIO makes it easy. Stake FIO and earn up to 450% APY

Whether you are a crypto pro or a newbie, you can never be too careful when making crypto transactions. The long string of numbers and letters that makes up a wallet address, doesn't exactly roll off the tongue. It's easy to put in the wrong addres...

FIO Protocol Fundamental Analysis FIO is a utility token powering FIO Protocol — a project initiated by the Foundation for Interwallet Operability and intended to improve crypto usability. FIO protocol does that by letting a user utilize a single ea...

Hello everyone, and welcome back to the first episode of EOSIO Weekly in 2021. As usual Corey and Jimmy D will take the first part of the show to go through some of the news happening in the EOSIO and broader blockchain space, as well as impart their...

Luke Stokes on FIO and Solving Cryptocurrency Ease of Use

Luke Stokes, Managing Director of FIO (the Foundation for Interwallet Operability), comes on the podcast to talk about ease of use for cryptocurrency, it's role in mass adoption, and how FIO plans to solve some of the biggest issues facing Bitcoin u...

FIO — All of Your Blockchain Accounts in One Place

ChangeNOW, the non-custodial cryptocurrency exchange service that offers limitless swaps for more than 200+ currencies, is happy to announce the integration of FIO protocol into its exchange process. Now anyone with an FIO address can use it instead...

ITS BEEN SOME TIME SINCE A PROJECT ACTUALLY GET MY ATTENTION THIS MUCH, NOW THAT IM STUCK AT HOME AND STARTED LOOKING FOR PROJECT THIS IS ONE THAT REALLY GOT ME EXCITED FOR SEVERAL REASONS, ITS SOLVING A VERY IMPORTANT PROBLEM THAT IS EASY USAGE OF...

I recently spoke with David Gold who is the CEO of Dapix who are currently building out the FIO protocol. Dapix is revolutionizing inter-wallet operability with the FIO Protocol. They are partnered with companies like Binance, Coinomi, Edge, Shapeshi...