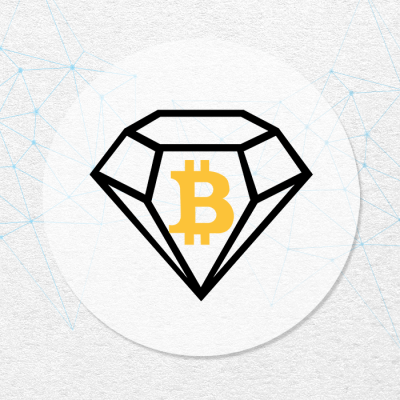 Bitcoin Diamond is a hard fork of Bitcoin that occurred in November 2017, as the crypto market was reaching its peak. The fork took place as a result of a few miners’ issues with the Bitcoin network, which had to do with the block times and sizes.

Bitcoin Diamond also uses a Proof-of-Work algorithm that is GPU based. The BCD blockchain has 10 times as many tokens as Bitcoin does, with 210 million tokens in circulation. Block sizes were also increased from 1 MB to 8 MB, which made transactions faster. All put together, the BCD team wished to create a network that offered faster transaction speeds, lower transaction fees and a high threshold for new users.

The development team has spent much of 2019 working on the Bitcoin Diamond Pay app. The app is an all-in-one crypto service that includes a wallet, a price tracker, payment facilities and shopping features. Ethereum Network wallet integration and bank withdrawal options are next on the agenda for the team, slated for completion by the end of the year. The app is available on desktop, and both Android and iOS.

Going into 2020, the team has stated that they will focus on network upgrades, and browser and wallet upgrades, before proceeding to develop a Go language version of the Bitcoin Diamon node and expanding mainnet functionalities, including a reliable smart contracts based payment platform.

Bitcoin Diamond will follow suit halving at block 630,000 mimicking Bitcoin, which is estimated to happen on the 18th of May, Bitcoin diamond will halve two months later due to Hashrate differences between the two separate coins and other factors,...

How To Setup Bitcoin Diamond Core Wallet. Bitcoin Diamond is a global currency that you can use to purchase products from any country and have them shipped to your doorstep, anywhere in the world. It all costs less than a penny per transaction and...

How do I backup My Bitcoin Diamond Core Wallet. Save your exported backup on to a flash drive and keep it in a secure place. Some wallets will allow you to password protect your backup so that if someone gets a hold of the file he won’t be able to...

Create Bitcoin Diamond Multiple Wallet. YOu can craete multiple Address/Id in to Bitcoin Diamond Core wallet. so if you get any information from this video plz Subscribe my Channel and like my video. Support Me With Crypto [BITCOIN] 1P9e3aFqVSzFcz...

How to Encrypt Your Bitcoin Diamond Core Wallet | Protect Bitcoin

How To Find Private Key Of Bitcoin Daimond Wallet. How to Get Private Key of Bitcoin Wallet. In this tutorial we are going to get our private keys from the bitcoin core wallet. This only works when you created the bitcoin address in the same walle...

Beware of this 3 Bitcoin hardfork

A bitcoin fork is those cryptocurrency which is simillar to bitcoin but not a bitcoin. They are created due to a slight change in the protocol of blockchain network.Currently There are 105 Bitcoin fork projects in total. Of those, 74 are considered a...