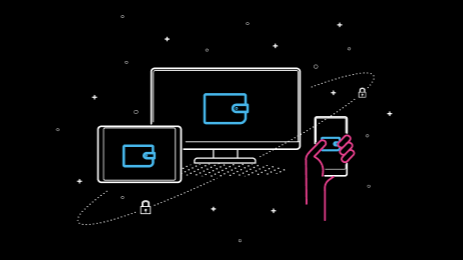 Cryptojacking – What is it, and how you can keep yourself safe?

A cryptocurrency miner will require enough processing power in a computer or mining array to produce currencies and to make a profit on one’s work. But sometimes that miner might not have access to the computing power necessary for work someone might turn to cryptojacking to get the currencies one wants.

Cryptojacking is a threat that can harm your computer. It entails a person accessing someone else’s computer without that user’s permission to mine cryptocurrencies. The hacker will use the computing power to gather currencies, while the victim’s computer slows down and fails to execute programs as usual. People can use this to gather Monero cryptocurrency or anything else of value.

How the process works

That’s why many miners will turn to cryptojacking. They want to get their digital wallets filled with currencies as soon as possible. Mining entails working on the blockchain and adding to that chain before any other user can, thus giving the miner the coin reward. Cryptojacking provides more power for the hacker, producing a better chance at attaining said rewards.

Cryptojacking works when the hacker uses unscrupulous measures to mine currencies. A miner will hack into other computers with one of three methods:

The first method for cryptojacking entails loading a crypto mining code on an unsuspecting computer. A hacker will utilize a phishing scam to make this work.

1. The user will receive an email that tells that person to click on a link. The hacker will have sent this email, which looks legitimate.

2. The user clicks on the link. That link produces code that adds a crypto mining script on the computer.

3. The detected cryptojacking script will execute on the computer.

The second method involves injecting cryptojacking scripts on web pages. A hacker may break into a website and add the cryptojacking script to the website. The script will execute when a user visits the site. The user’s computer will not store any codes but it will still have access to the same mathematical equations it will resolve when gathering data.

A hacker may also access a computer through a cloud link. A hacker will review a cloud network's code for API keys to access the cloud. The user can then gather the computing power from the cloud system. The effort is harder to complete, but it provides the most substantial amount of computing resources.

How can you detect cryptojacking?

It doesn’t take much for unsuspecting victims to become part of a cryptojacking scheme. The worst part is that most people don’t know that their computing power is being abused by a currency miner. Detected cryptojacking is not always easy to identify unless you understand how computer coding works.

But you can tell if your computer is bearing with cryptojacking by using a few points for review:

You might need to conduct a malware or virus scan on your computer to see what concerns are persistent. Sometimes you might identify things that cause cryptojacking attacks after you complete your review.

How to keep yourself safe

Cryptojacking can be a threat to any computer, but you can use a few measures to prevent cryptojacking from being a threat.

1. Beware of any emails you receive.

The first part of how to prevent cryptojacking is to conduct due diligence when reviewing your emails. Make sure any emails you receive are sensible and that they don’t contain any unusual bits of code or other harmful features.

2. Use the proper browser extensions.

You can install an anti-crypto mining browser extension on your computer’s browsers. The feature will identify possible codes and processes for crypto mining and block them from operating on your computer. Seeing how these scripts can appear on any website, having an extension that blocks them can be essential.

Sometimes the malicious code from a cryptojacker will come from an online advertisement. An ad blocker can prevent such ads from appearing. You can use the ad blocker to identify when different pop-ups appear. A blocker may also give you the option to open some pop-ups if necessary for any personal operations you might utilize.

4. Watch where you go while online.

Sometimes cryptojackers will utilize their mining codes on websites that aren’t protected. These include websites that don’t use SSL certification to protect everyone’s data and to monitor content. You must avoid getting on these unprotected websites if you wish to stay safe.

Remember that cryptojacking can be dangerous to your computer if not managed well. You can prevent the issue if you watch what you are doing while online and that you have the right programs to stop such concerns.