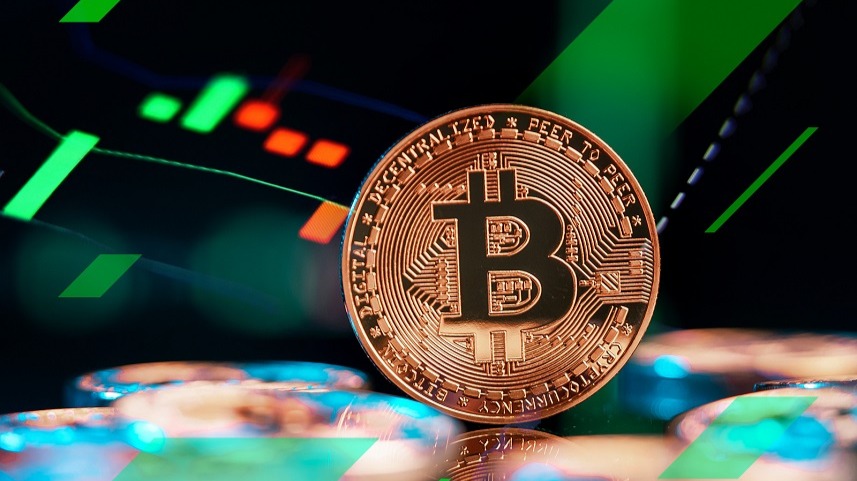 Bitcoin bounces back to $41K: take advantage of it with StormGain!

Bitcoin (BTC) price jumped up, then executed a swift reversal this week as the first cryptocurrency broke $42K for two days before slumping back to $41K, wiping out its recent post-Easter gains. Analysts are drawing comparisons with the performance of gold and the US dollar on Wall Street, advising caution on the prime cryptocurrency as its long-term pattern remains unclear.

"I don't think there's any one major catalyst for price movement up OR down right now," said Jason Deane, Bitcoin market analyst at Quantum Economics. "Medium- to long-term outlook remains very bullish, but immediate- to short-term is uncertain and may well stay range-bound for some time yet."

What can the stock market show?

While Bitcoin may have been created to forge its own path independent of the mainstream financial system, it has historically been correlated with the fortunes of gold (to which it is often compared) and the US dollar, the current king of fiat currencies. Bitcoin is typically seen as a hedge against dollar inflation, but recent price movements show that all three instruments appear to have something in common.

Some market experts have pointed out that Bitcoin appeared to be following the same trajectory as gold, which had rallied to $1,998 before slipping to $1,955 per ounce at the time of writing.

The US dollar dropped after a few days of consolidating its strength. The world's reserve currency enjoyed a rise in value on Wednesday before experts considered it overbought, and a price correction ensued.

So far, the three instruments have shown similar movements. Which will break the pattern? Another important indicator, the S&P 500, posted a bottom signal on 19 April, which has historically preceded BTC price gains.

Long-term Bitcoin hodlers remain very bullish on Bitcoin, and not just the whales. According to a Telegram message from IntoTheBlock Insights, blockchain data revealed that "addresses holding less than 10 bitcoins have increased their holdings dramatically in 2022".

This signals that more 'small' BTC hodlers are continuing to accumulate, removing BTC from circulation, depleting Bitcoin supply on exchanges, and thus increasing its scarcity and, theoretically, value.

Meanwhile, Ethereum (ETH), the second cryptocurrency by market cap, appeared to follow the general market trend of Bitcoin and gold, striking a weekly high shortly before reversing, currently trading at just over $3,000.

Trade BTC and more with StormGain

As you prepare to make your next trade, keep in mind that a bear market can be just as much of an opportunity to make money as a bull market, even if different strategies are required for each. StormGain provides all the tools you need to profit in both rising and falling markets, thanks to its advanced analytics and easy-to-use platform. Don't forget the StormGain Bitcoin cloud miner also continues to reward active users with Bitcoin, regardless of market conditions!

To trade BTC, ETH and over 50 other digital assets on the crypto market with the best conditions, sign up with StormGain in just a few seconds and use this trading opportunity.