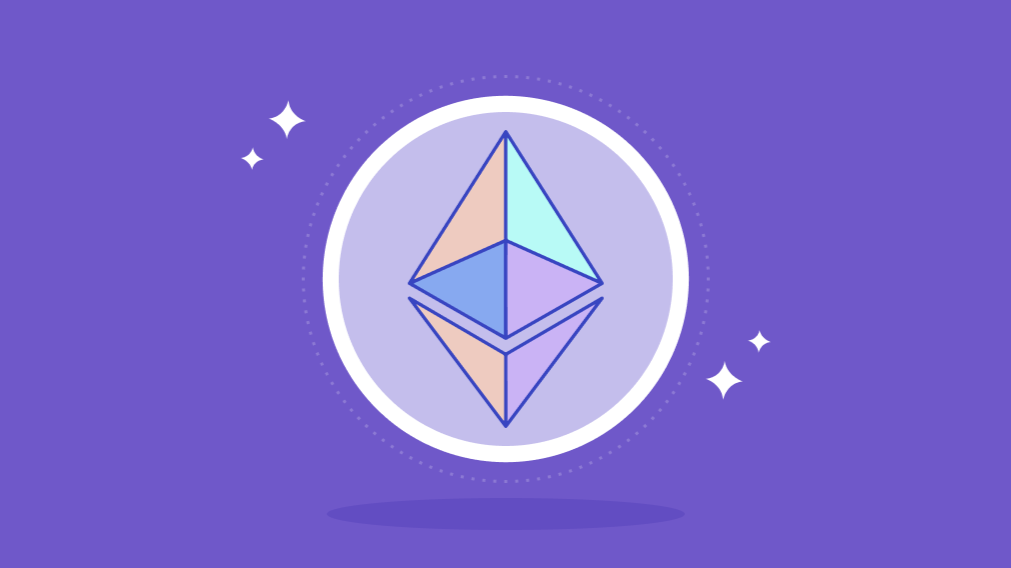 When Is the Ethereum Merge? Transition From PoW to PoS

Ethereum 2.0, also known as Eth2 or Serenity, is an update to the Ethereum blockchain. It aims to improve the speed, efficiency, and scalability of the Ethereum network so that it can process more transactions and provide a higher level of security. Read more about the Ethereum Merge in the new StealthEX article.

Ethereum 2.0 is being launched in several phases, with the first update dubbed “Beacon Chain” going into effect on December 1, 2020. Beacon Chain introduces native staking to the Ethereum blockchain, which is a key feature of the network’s transition to a PoS consensus mechanism. As the name suggests, it is a separate blockchain from the main Ethereum network.

The second phase of The Merge is scheduled for 2022. This upgrade will mean the merger of the Beacon Chain and the Ethereum mainnet, which are now operating separately from each other. With the launch of The Merge, the use of the Proof-of-Work algorithm will end and a new era of Ethereum will begin, based on the Proof-of-Stake technology used in Beacon Chain.

When Is the Merge Ethereum?

For many months now, the crypto community has been waiting for The Ethereum Merge, an important update to the main Ethereum network. The exact Ethereum 2 Merge date is unknown, but the developers assume that it will be implemented in the summer of 2022. 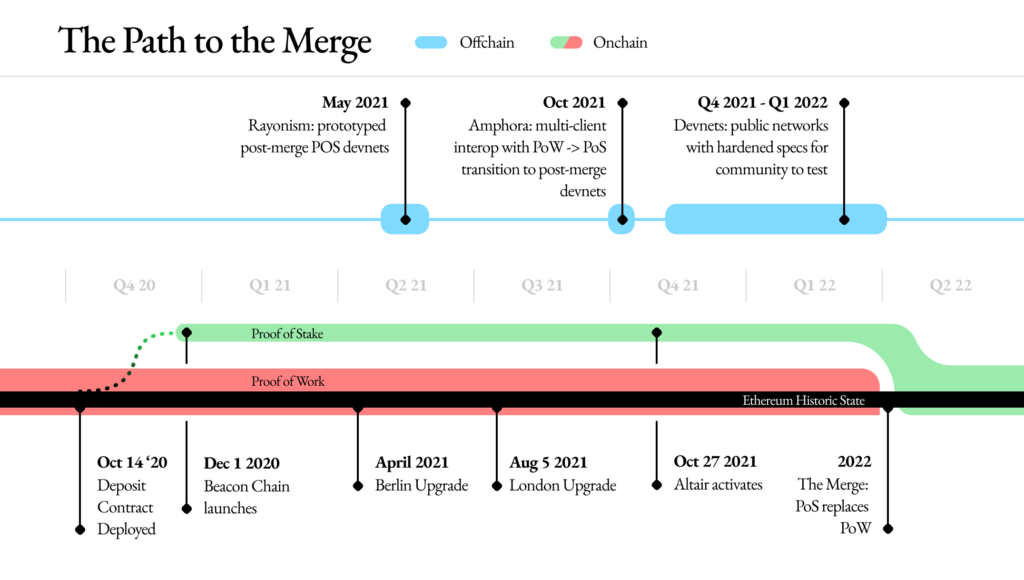 What Is the Ethereum Merge?

Ethereum currently runs Proof-of-Work and Proof-of-Stake chains in parallel. Both chains have validators, but only PoW processes users’ transactions. With the upgrade, Ethereum will move to a PoS chain called the Beacon Chain. Thanks to the ETH Merge, mining will lose its relevance – accordingly, the infrastructure will become more environmentally friendly.

The update is nearing rollout after successful testing. On March 14, 2022, the developers launched the Kiln testnet, which should be the last step before the main network switches to PoS. The Merge will be the most important stage in the development of Ethereum in 2022. Overall, the process of improving the functionality of Ethereum includes five stages. After the integration of The Merge, sharding will be implemented. The first two stages are the most important for Ethereum.

In March, the founder of ConsenSys and one of the creators of Ethereum, Joseph Lubin, said that the authorities and regulators of not all countries were positive about Ethereum. He explained that they misunderstood the essence of the project.

Lubin reminded the public about the upcoming ETH Merge update: the transition to Proof-of-Stake will increase throughput and deprive critics of the argument about the high cost of power consumption. The upgrade will allow Ethereum to solidify its position as a key part of the emerging decentralized financial infrastructure, he added.

In early April, billionaire and prominent Ethereum supporter Mark Cuban said he was optimistic about the ETH 2.0 merge.

According to him, PoW mining requires huge computing power and has a detrimental effect on the environment. With the transition to PoS, Ethereum’s energy consumption will be reduced by 99%. In addition, Cuban noted that the upgrade would reduce the amount of ETH issued by 90%, and the corresponding fee reduction will reduce the supply of Ether by 5% per year. As a deflationary asset, Ether can become a safe haven asset.

Cuban said in the past that there were a few leading cryptocurrencies for novice investors to look out for, but that Ethereum had the biggest potential.

As an investment, I think Ethereum has the most upside.

He urged people to focus on the value proposition when investing in crypto-assets and to filter out projects around which there is “a lot of noise and little benefit.” According to him, Ethereum is distinguished by the presence of smart contracts that allow developers to create various dApps.

Before the update, the process of burning Ethereum tokens is intensifying: more than $5 billion in Ethereum has already been withdrawn from circulation. As the burn reduces the overall supply of Ethereum, this could positively impact the price, fueling the altcoin’s rally. Consequently, cryptanalyst Michael van de Poppe believes that the price of Ethereum can rise well to $10,000.

In April, a well-known cryptanalyst Arthur Hayes explained that this year would be very important for Ethereum. According to him, after the upgrade, The Merge Ethereum will function as a commodity bond, which will provide investors with favorable conditions. Accordingly, after the transition, the income of stakers can be 8% -11.5% per annum.

The businessman also stressed a large number of Ethereum developers, the network’s relative cheapness, and high performance compared to competitors. Given these factors, Hayes assumed that ETH would trade above $10,000 at the end of 2022.

For their part, FXStreet experts predict a 20% increase in the price of Ethereum.

A possible increase in ETH to $4,000 is confirmed not only by analysts but also by Google Trend data. According to the Google Trend report, the number of search queries for “Ethereum Merge” has increased significantly in recent weeks.

How the Merge Will Affect the Ethereum Price?

Some analysts believe that the transition to PoS will be accompanied by high ETH volatility. Immediately after the update, a short-term decrease in the rate of the cryptocurrency is possible, followed by a sharp increase.

The number of emitted ETH coins will decrease, which will lead to a shortage of supply on the market, and this will cause an increase in the coin’s rate, experts explain.

It is also possible to expand the Ethereum community due to the fashion for the “green” trend that PoS is famous for, which does not involve energy-intensive mining.

As such, as Ethereum Merge has the potential to increase the security, throughput, and value of ETH, the cryptocurrency community is impatiently looking forward to this important upgrade.

If you decide to join the crypto community, you can start buying your own coins at the instant crypto exchange StealthEX. This service is free from registration and does not store users’ funds on the platform.

How to Buy Crypto with Credit Card?

Just go to StealthEX. Open the «Buy» crypto window instead of the automatically loaded «Exchange».