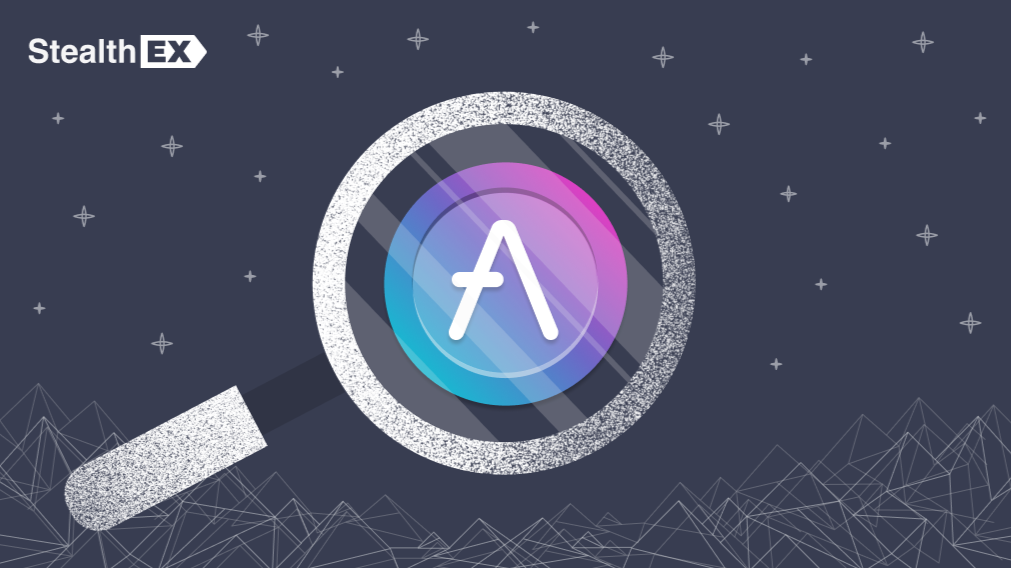 What Is Aave Crypto? What Does AAVE Mean? Aave Price Today And Aave Crypto Price Prediction. How To Buy Aave Coins?

Looking for information on what AAVE crypto is? Then you have come to the right place. AAVE price prediction and how to buy Aave coin on StealthEX? All this and much more in our new article.

What Is Aave Crypto?

Aave is an open-source, no custodian protocol that allows money markets to be created. Users can receive interest on deposits and borrow assets. Naturally, both parties to the transaction remain anonymous and do not exchange any personal data or documents. Usually, trust is secured with blocked collateral in the deflationary AAVE token. This means that the tokens used when paying commissions are burned. You can store AAVE on any wallet with ERC-20 support.

What Does Aave Mean?

By the way, “Aave” means “ghost” in Finnish. However, the creator of this coin, Stani Kuleshov, lives in London.

In 2017, when it first appeared on the crypto scene, Aave was called ETHLend – the rebranding took place only a year later. The ICO held in 2017 raised an impressive amount of almost $18 million.

One of the main advantages of Aave over other similar platforms is the provision of “flash loans”. Thanks to this, users have the opportunity to borrow virtual coins without collateral - provided that they are returned within one transaction. If the borrowed money is not returned on time, then the transaction is simply canceled. Most often, loans of this kind are used in arbitrage transactions.

From 2019, the funds deposited in the system are in the decentralized lending pool (DLP). Users who transfer their coins to the credit pool receive aTokens – tokens that can be exchanged for a specific cryptocurrency at a rate of 1 to 1. They also receive interest rewards directly to the lender's wallet.

There are two types of interest rates in Aave – fixed and floating. Both are determined by the oracle based on many variables. The service commission is small – only a quarter of a percent of the loan amount is charged from the lender. You also need to pay for the transaction costs – in this case, the specific amount depends on the load on the network.

On December 3, 2020, the second version of the Aave landing protocol was launched. The developers have activated several important updates, including the ability to trade assets in all supported currencies, even if they are used as collateral.

The procedure for repaying loans has also been simplified. In the first version, if the user wanted to use the collateral for this, he needed to withdraw the funds in the collateral, purchase the borrowed asset, repay the debt and, finally, unlock the deposited collateral. This complex scheme has been replaced by the ability to close collateral positions directly using collateral.

What Is LEND Coin?

AAVE previously had the LEND ticker, which it changed during the rebranding. The maximum emission is 16 million tokens. The old LEND tokens were "utility" tokens that allowed for higher staking interest or discounts on interest on loans. When the tokens were renamed, it became possible to use them for network management.

The AAVE cryptocurrency is used in the protocol for governance. Coin holders can vote and propose their own options for changing the protocol. To protect against inflation, the system will charge a commission from pool members to buy tokens on the market and burn them.

The pros include the following:

Aave is taking crypto one step closer to mainstream adoption. This is a full-fledged ETH-based service that allows individuals to mutually lend to each other. The problem of anonymity has been solved with the help of smart contracts, which are secured by the AAVE token.

The project definitely deserves attention. The idea of ​​anonymous lending in modern realities initially looked controversial. But with the help of smart contract mechanisms, most of the risks can be avoided. Banks and large investors will not lend to other people through this platform, but loans from users will be distributed.

Smart contracts allow solving the main problem of lending between individuals – the lack of legal force and collateral. The idea was implemented not in the legal field, through regulation by laws, but through the provision of cryptocurrencies. Anyone who wants to conclude a contract must provide an AAVE as security. This significantly reduces the risks.

DeFi and “yield farming” have yet to play their part and may receive a new wave of support this year. Consequently, DeFi tokens are the most promising coins in terms of growth. Aave (AAVE) is one of the strongest assets in this area.

Recently, Arthur Cheong, founder of Asia's largest DeFi-focused fund, said that Aave would cost more than any European fintech startup by 2022. Billionaire investor Mark Cuban revealed in a post on Reddit that he owns AAVE tokens, although he was previously skeptical about cryptocurrencies.

Experts believe that the excitement around the project will not diminish and that the growth of online credit in the form of cryptocurrency will continue to grow rapidly in the future. They also believe Aave can play a pivotal role in this niche. Therefore, Aave is probably a great opportunity for a long-term investment.

If you want to buy AAVE coins – just go to the StealthEX exchange platform where you can easily get them with a low fee.

How To Buy Cryptocurrency On StealthEX?

The process takes just a few minutes, just go to StealthEX and follow these easy steps:

And one more thing, StealthEX allows you not only to get coins fast but also to choose a floating or a fixed rate.

StealthEX is a user-friendly cryptocurrency exchange. Bitcoin, Ethereum, Litecoin, XRP, Chainlink, and 600+ coins are available for instant non-custodial exchange with the best floating and fixed rates. You can also buy crypto with a credit card!