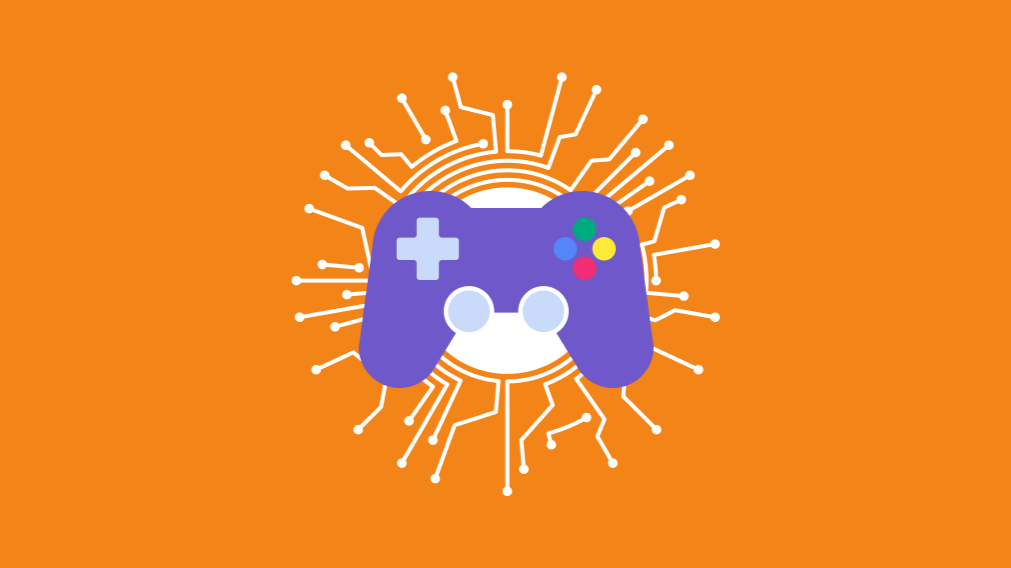 The gaming industry, with its approximately 2.5 billion gamers worldwide, is a lucrative target and an immense field of application for blockchain itself. Bitcoin and other cryptocurrencies could no doubt give a mighty push toward taking and making the technology mainstream. This is not new as the efforts to establish cryptocurrencies in the entertainment sector have gone a long way, with varying degrees of success. Read more about cryptocurrency adoption and blockchain gaming in the new StealthEX article.

So let’s take a look at how gaming facilitates cryptocurrency adoption, in what ways, and whether exposing the blockchain tech to a user base of a third of the world’s population would help oil the wheels of this sportster in a major way and ultimately cause a tectonic shift in the gaming industry itself.

A Little Bit of History

As Bitcoin kicked off in late 2008, with its first transaction hitting, or effectively starting, the blockchain in early January of 2009, it had taken well over two years till the cryptocurrency got involved in online gambling. It was the now-defunct mobile poker platform, Switchpoker, a developer of an online poker room that started to accept Bitcoin as a deposit and payment option. You can still find a topic on Bitcointalk.org about this news dated back to November 23, 2011.

In April 2012, Erik Voorhees, an American entrepreneur and early Bitcoin adopter, founded Satoshi Dice, arguably the oldest online cryptocasino on the block, which is still pretty much alive today, although Voorhees sold it in a year. What makes it truly intriguing is the fact that during its early years the casino was generating half of all the transactions on the Bitcoin network. In short, online gambling was critically important in Bitcoin’s infancy years as it helped promote cryptocurrency awareness that led to future growth and expansion into other areas.

Some folks are certainly going to argue that gambling is not the same thing as gaming. The commonly accepted view is that gaming is based on skill while gambling is based purely on chance. We won’t debate over this point. However, as every poker player knows, the outcome of a poker game depends not only on luck, but also on skill and expertise. To put it simply, there are large grey areas and overlaps. All things considered, our exposition would be missing a big chunk of significant history without giving due credit to gambling and how it helped Bitcoin adoption.

Now that online gambling is off our chest, we can safely turn to gaming as it is understood in the industry, and look at how it helped the blockchain space. One of the first uses of Bitcoin in a major game that we are aware of started in 2014 with the launch of BitQuest, a Minecraft server that used Bitcoin for in-game transactions. Within the gaming environment you could buy valuable in-game stuff from other users with the so-called bits, small fractions of a Bitcoin, and earn them by completing in-game tasks or challenges like killing local monsters.

BitQuest closed the server in summer of 2019, and its brand name now belongs to a different entity not involved with gaming, but it still produced an impact. In essence, this effort successfully demonstrated how a cryptocurrency, in this case Bitcoin, can be used in lieu of a native in-game currency that players can earn, buy and spend as well as withdraw. This has serious implications for two main reasons. First of all, Bitcoin, unlike any other purely in-game currency, has uses outside the game and its ecosystem, and, secondly, its supply cannot be manipulated by the game developers, which makes the game by far more fair and square.

Needless to say, the example that BitQuest had set encouraged other market participants to look into Bitcoin as an alternative option for in-game currencies. Another popular Minecraft server, PlayMC, also introduced Bitcoin into its world in 2015, but ceased the operation just two years later. There were a few other servers experimenting with altcoins, more specifically, Dogecoin, but most of them disappeared from the scene shortly thereafter, failing to attract enough die-hard Minecraft fans.

With the arrival of smart contract-enabled blockchains such as Ethereum, EOS and TRON, the phrase “blockchain gaming” has taken on a more literal meaning as these blockchains allow games to be designed and played entirely on-chain in much the same manner trades are made on a decentralized exchange. While TRON stands for “The Real-time Operating system Nucleus”, there is an obvious reference to a once popular arcade game based on a titular 1982 science fiction film that ultimately garnered a cult following.

CryptoKitties is likely the most popular game ever released in the Ethereum ecosystem and probably in the whole crypto space so far. Its test version was made available on October 19, 2017, and it was an instant success. By the end of 2017 over 200,000 people signed up for the game, spending over $20 million in Ether. We won’t delve into its “gameplay” as it is beyond the scope of this article, and most certainly you are well familiar with it anyway. But what we absolutely should write about is the effect it made and the repercussions it produced.

It could be said that CryptoKitties was to the Ethereum blockchain what Satoshi Dice had been to Bitcoin in the early days of crypto. At the peak of its popularity the game reportedly accounted for 20-25% of all Ethereum’s traffic that clogged the entire Ethereum network, with transaction fees skyrocketing. No wonder lots of people got pissed off with this turn of events. However, despite all the rage and fury, CryptoKitties amply demonstrated what a success means in the blockchain gaming field, how it looks and feels in practice.

It is hard to estimate how much CryptoKitties contributed to cryptocurrency adoption. But given that a few hundred thousand people got involved in this game alone and many more with dozens of blockchain games that it has spawned, like Etherbots, Gods Unchained, The Six Dragons, etc, this indisputable triumph surely counts as a massive contribution by any definition or metric. Moreover, it also revealed the weaknesses of the contemporary blockchain solutions and what exactly should be done to overcome them.

Evolution never goes linearly. In fact, it generally doesn’t go in curves, circles, or zig zags, either. It always moves along very diverse routes, directions and entire dimensions like plants and animals, viruses and bacteria, and, well, dinosaurs and mammals. The evolution of gaming in crypto space is no different. СryptoKitties and other games share essentially the same tech under the hood – building games on some advanced general-purpose blockchain such as Ethereum. But it is not the only front that crypto gaming has been advancing on, nor is it the only way to introduce gaming to cryptocurrencies, and vice versa.

A more recent approach is based on designing either a standalone cryptocurrency or a token on a smart contract-enabled blockchain to be used across many games that support it as an in-game currency. As a result, gamers can enjoy true ownership of their in-game assets (the so-called non-fungible tokens, or NFTs), safe item trading outside the game, and cross-game compatibility. This path has been taken by such projects as Enjin, GAME Credits, Decentraland and others, with their respective cryptocurrencies fueling a range of games.

A somewhat different avenue is taken by Funfair and Lucid Sight, which are offering platforms that blockchain games can be built on. Thus, Lucid Sight’s Scarcity Engine is focused more on game creators than end users, that is to say, gamers, allowing developers to integrate blockchain into their games. It aims to obliterate the difference between blockchain-based games and traditional gaming platforms. Funfair, on the other hand, leans more toward creating custom-built blockchain casinos, with its FUN token as a casino “chip”. So much for no more gambling, huh.

Our account of events would be incomplete if we didn’t mention yet another attempt to make use of Minecraft for the purpose of introducing cryptocurrencies to the gaming public. This time, a new Minecraft mod called SatoshiQuest has emerged. To participate in it, the gamers pay $1 in Bitcoin and get one in-game life. The pooled coins make up the loot, and the challenge is to find a minimum of 400 key fragments into which the keys to the Bitcoin wallet containing the prize are divided. And who said that evolution doesn’t loop?

The knockout popularity of СryptoKitties has clearly shown the scale of cryptocurrency mass adoption that blockchain gaming can trigger. As the game developers themselves put it, their “goal is to drive mainstream adoption of blockchain technology”. They believe that “the technology has immense benefits for consumers, but for those benefits to be realized, it needs to be experienced to be understood”. Speaking more broadly, as more people start using cryptocurrencies for gaming, they may eventually become interested in using their coins for purposes other than playing one game or another.

With that said, it is now as clear that there are two main barriers on the way there. The first is the limitations of the blockchain tech itself that essentially limits blockchain gaming to NFTs, in-game currencies, streamlined payments, and similar stuff. This is mostly a technical challenge anyway, and we could realistically expect it to be solved sooner or later. The other issue is applicable to the gaming industry as a whole. People en masse would only play games that are truly engaging and immersive, technical issues aside.

So the bottom line is that we need the convergence of these two vectors to make blockchain a dominating force in the gaming industry. First, the blockchain tech should have the capacity for running multiplayer games that major video game developers like Blizzard, Valve and Ubisoft produce, no trade-offs here. Then, we actually need the games like Warcraft, Counter-Strike or Far Cry that can be played on blockchain, to make it matter. Only after we get there, the gaming industry will likely become a primary driver behind cryptocurrency adoption.

What are your thoughts on how gaming facilitates cryptocurrency adoption? Tell us your ideas in the comments below.

And remember: if you need to exchange your coins StealthEX is here for you. We provide a selection of more than 400 coins and constantly updating the list so that our customers will find a suitable option. Our service does not require registration and allows you to remain anonymous. Why don’t you check it out? Just go to StealthEX and follow these easy steps:

Make sure to follow us on Medium, Twitter, Telegram, YouTube, and Reddit to get StealthEX.io updates and the latest news about the crypto world. If you need help, drop us a line at [email protected]

The views and opinions expressed here are solely those of the author. Please make sure to always research any cryptocurrency and assess your risks before you invest.