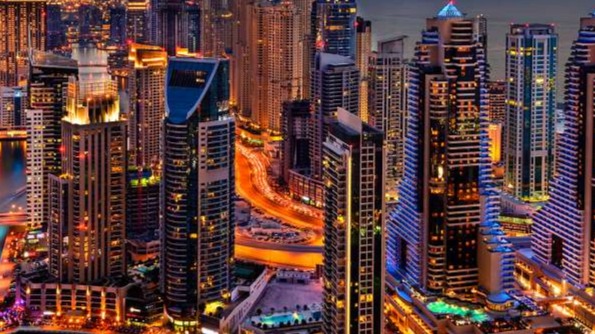 I began my working life, at the age of 19, after going through small jobs, for a short time while studying. But I was always a young man who thought about business, always from a young age, 15 years old, I did small electricity jobs on my own, to neighbors who needed to get out of trouble, I also developed my entrepreneurial part, raised chickens .. If my single mother moved to a small city south of Buenos Aires, where the town was just beginning, there I dreamed as a child, almost a teenager, of having a kennel and thus generating income. That's where my entrepreneurial mindset began. As an adult, I wanted to be like everyone else, to have a steady job, one of those with monthly payments and possibilities of promotion, but it was not so easy, not because the labor system prevented me, if not, I think, it was because of that energetic desire to be my own boss.

The labor system began to disappoint me, what I believed when I was young was not reality. At the age of 20 I got my first job, which cost, it was not the best job, but my desire to work was great, I was away from my home about 30 km, on the first birthday I had already understood what the system was like, that of falling well to the boss, to get a promotion, and if it was possible to stand out by stepping on colleagues it was better ... That method did not seem correct, it was not for me, all that.

I was promoted, not because of spitting on my partner, or because I liked my work, but because of my job ... The promotion was not what I expected, there were more obligations and not much different pay ... But I was disappointed ...

And more the flame was fed inside me, to undertake ... But with what !? I didn't know, I needed to clarify my ideas, find another direction, for that reason I quit after two years of work.

In those two years of searching, I found what came out best for me, a little because it was presented to me and a little because I was prepared. He was construction, as he had told before, the son of a single mother and with great knowledge in the technical area, in construction too! Since I made the house for my mother when I was very young. Ready, I was presented with the opportunity to acquire a space, to make my first apartment, at 23 I made the first, always with the idea of ​​generating income. I sold my car, the one I bought with my first job, with that I started the construction and finished it with other extra jobs, I rented it.

At the age of 24 I had my first project underway, but not before trying what the university was, in those two years of searching, I thought that a career gave me a better position in the labor system, but it was not like that, I needed work to study , and many of my colleagues in college had already started! They owned their businesses, small, but productive enough, to support the maintenance of a career, and a family! That more inspired me! And I quit my law career, after the above happened, I found my business, I sold my car, as I had already told.

I fell in love! A year after receiving my first income, I met a lady.

We went to live together! Where, to that department, where my income came from, when I had more income, I had to go out to find a job. Again I was in the labor system, I worked four years, in the technical field, in a gastronomic company, four years it lasted, what my relationship lasted.

In my last foray into work, every day, every minute I thought about business! I bought and put a car in a taxi, I also had a place for aesthetic treatments, none of them worked, I could not attend to my business, and at the same time meet a schedule with the wear and tear that that implies

As I said, those years working under a boss were an ordeal, I felt like a caged bird, a body without a soul, my thing was to undertake, to be my boss.

I already knew, as an adult it was clear to me, and that is how I put all my economic and mental strength in my project, which I had neglected, today 30 years, I am doing my second department, and not before making investments in cryptocurrencies!

Well this was my life, I hope it inspires. And I want you to know that it does not end here, that my ambition is great ...

Oh and sorry for the translation.