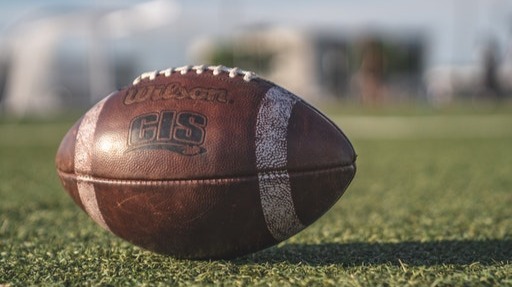 Football is back and it feels great!!!  The 1st NFL Sunday was full of excitement and a ton of great games despite no preseason or extensive practices to help form team chemistry.  The big game of the day was the Saints vs Buccaneers. Seeing Brady in a Buccaneers uniform wasn't as odd as I thought it'd be, and seeing his play on the field wasn't as odd as I thought it'd be either.  He pretty much looked the same as he has the last couple of years early in the season.  One thing though is he looked like a 40 something year old QB. No I'm not here to trash Brady. It's only one game and even more it's his first game in another uniform in his entire career so I imagine there was some nervousness and anxiety about it for him.  Drew Brees on the other hand looked like, well Drew Brees the HOF QB that he is.  One thing I always pointed out about the Bucs the last couple of years is their offensive line.  Winston barely had time to throw last year and yes he made a lotta mistakes, but he was constantly under pressure.  The good thing is that he has mobility which Brady doesn't and the Bucs still have the same offensive line from last year.  I expect Brady to take a lotta hits this year and especially in the blitz happy NFC South division where they do some pretty heavy hitting on defense.

The Chicago Bears pulled off the impossible in their game against the Detroit Lions with newly acquired HOF RB (One of my all time favs) Adrian Peterson and boy did he have a game.  Over 120 yards total with 94 of them rushing.  I was late getting to the watch the game and my football day instantly went downhill when I saw the score and the way the Bears were playing in the mid 3rd quarter.  A fried of mine who happens to be a Packers fan texted me and said "Should Foles come in?"  It lit a fan fire in me and I texted back and said "Nope. We just scored(TD pass to Jimmy Graham). I smell a comeback".  Right after I sent that text the Lions went 3 and out, punted and we scored a second time(Trubisky to Wims). That was followed up with a bread basket pass for a TD from Trubisky to Anthony Miller for the lead. Fortunately, the Lions RB dropped that TD in the endzone and the story ended with a 17pt comeback for DA Bears.  Bears were given a 2% chance to comeback in that game and overcame the odds.  The running game made some strides, but if the Bears are to have a successful season, they cant have those type of slow starts and look to flip the switch in the 4th quarter. That doesn't always work in the NFL.  The Lions looked really good and I think they are a legit contender for the division title this year, but they have to learn how to close games better or they will see a lot of what the Bears did to them in the 4th quarter this season.

Overall it was a great 1st Sunday of NFL football. I know the players miss the fans and the fans miss being there with the players. Hopefully in the near future things can get there in this new normal.  I must admit eventhough I was excited for MLB and NBA, nothing felt better than seeing the 1st kickoff of the NFL season.