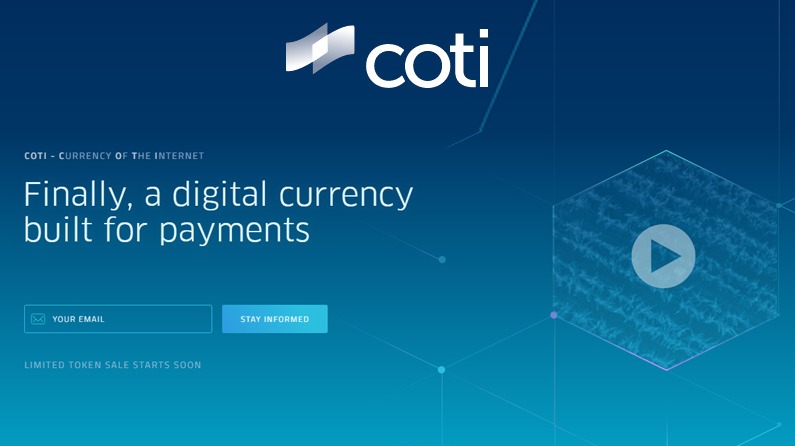 COTI is a blockchain-based financial ecosystem that aims to be "Currency of The Internet".

It aimed to be a solution to the challenges of the traditional financial system such as high transaction fees, delays and lack of global participation. In other words, decentralized finance, DeFi, is one of the important representatives of the trend we call.

To summarize the service offered by COTI in one word, it is a decentralized payment platform.

It can be compared to its rival in traditional markets, "Paypal".

Their most important claim is that most of the competing cryptocurrencies do not appear directly to provide solutions to payment systems, but can be used to pay while focusing on other things.

The team says that our aim is to bring an innovation to the payment systems sector with a system dedicated to this business.

COTI; It is built on Directed Acyclic Graph (DAG) technology and is designed to meet the challenges of traditional finance.

We can give iota as an example similar to this structure. In DAG, the verifications proceed not linearly, but by verifying different transactions before them. In Coti, every transaction must verify two previous transactions.

Coti's multiDAG structure enables independent DAG clusters to be combined in the general Coti network. This allows businesses to issue their own tokens (such as stablecoins) on the Coti network.

All transactions on the network are kept on a separate node called history node. Thus, the network history is prevented from reaching enormous dimensions and forcing the existing system.

The COTI token is used to pay fees for all transactions on the network. COTI encourages participants on the network to approve by allowing users to run full nodes that will receive a percentage of each transaction processed on their nodes.

COTI has partnerships with other important systems in the market on issues such as working with other networks and data transfer. Some; Cardano, Chainlink, Constellation, Fantom, Simplex, Celsius, Micromoney, Bancor network.

If you take a look at the products of the ecosystem, COTI Pay creates a payment system and application for your sellers. I can say that it is a structure similar to Paypal and Alipay. The team announced that COTI Pay v1.0 "VIPER" will come as both ios and android applications.

They state that according to the roadmaps, large stable coins will be added to the COTI infrastructure and lending with COTI DeFi.