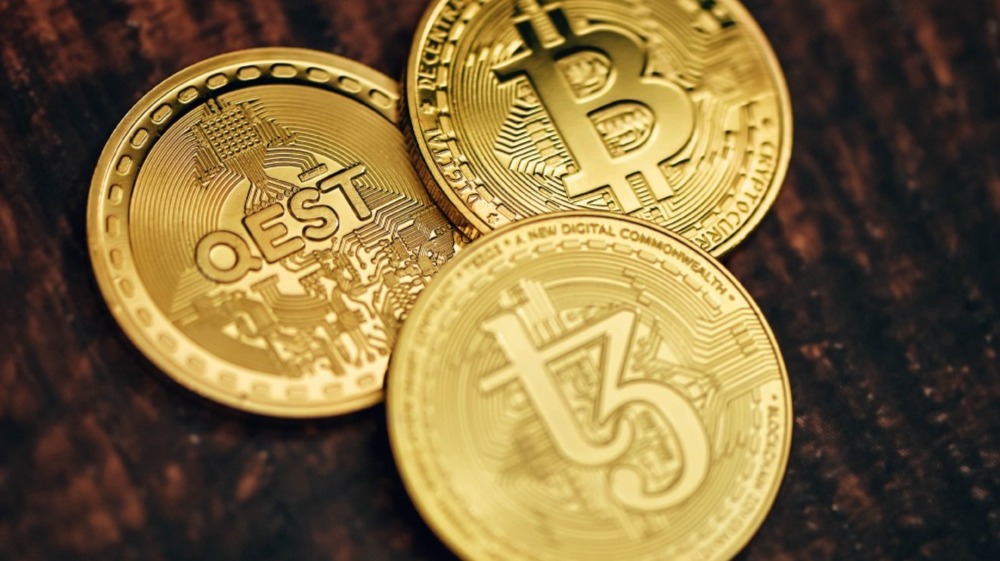 Photo by Shubham Dhage on Unsplash

Been There, Done That (BTDT)

There are many crypto skeptics even after 13 years since Bitcoin was “invented”. They might say things like “nothing is backing it”, “it’s a scam”, and “it’s too complicated”. These are common refrain for new technologies and evolution of money that were used in the past, i.e. been there, done that. Let’s explore what this means in detail so that we understand these statements in context.

The more things change, the more they stay the same. — Jean-Baptiste Alphonse Karr Photo by Ren Ran on Unsplash

This is a common reason for resisting the adaptation and trust of crypto. There’s some ambiguity in that there’s no legal enforcement of people taking cryptocurrency for buying goods or even exchanging it for fiat currency (dollars, euros, etc). However, the enforcement is decentralized using cryptography, blockchain and smart contracts. Essentially, everyone using crypto is trusting the network and code to have certain properties that the users can trust.

For many, trusting something new or what they do not understand can be a challenge. Historically, the evolution of our current monetary system had similar concerns. Similar concerns were raised when the US dollar went off the gold standard. Before this, the US government guaranteed that you could exchange your dollars for gold at a certain rate. This limited the amount of dollars that could be printed. In 1971, the US went off the gold standard, i.e. price of gold in dollars no longer fixed, i.e. floated.It took some time but eventually people started to trust the floating dollar and people became used to using the dollar for their everyday economic activity. You can also look at when the dollar was created.

In the end, currency is a social contract where you can trust that the currency is acceptable for buying of goods, services and exchanging for other currencies. If the US Treasury decides to deprecate the current dollar and move to another currency, all of a sudden, the cash that you have becomes worthless. This has already happened to some currencies. For instance, Austria had an inflationary rate of 1,426% in 1922, which made the Austrian krone worthless. When the Euro was introduced, the member nation’s currencies became worthless, such as Germany’s Deutsche Mark.

So, I believe that the “nothing backing crypto” argument is mainly due to the unfamiliarity of cryptocurrency. Similar concerns were raised when standards for money changed. Once the new definition of money becomes mainstream, everyone will forget that there were any doubts to the legitimacy or the utility of cryptocurrencies, just like getting off the gold standard. Photo by Bernd Dittrich on Unsplash

As with any new market that’s gaining traction, there will be overly optimistic exuberance. One of the recent ones was the internet boom in the 2000s. At those times, anyone with some kind of an internet idea could obtain VC funding or go public with very little to no revenue or a path to profitability. When the dot com boom ended, many startups folded and only those with a road to profitability survived. In certain cases, there were outright scams while others were just too optimistic about their potential.

As a new market, Crypto is no different. There are famous rug pulls in crypto where the team launching a new crypto takes all of the investor’s money and then disappears. In the internet boom, this was called vaporware, software that’s just an idea but never implemented. As Crypto is used as currencies, you have scams from the financial world, e.g. pyramid scheme. What happens with such a scheme is that you pay out the high returns for earlier investors with the deposits from later investments. Once, the new investor money coming in doesn’t cover the return expected of earlier investors, the scheme collapses. (see Bitconnect as an crypto pyramid scheme example).

As with any new technology and a new market, opportunists run scams praying on investor’s greed, promising high returns in a short time. Crypto is no different. As a new market, opportunists will take advantage of those trying to make a quick buck and the fact that there’s still ignorance on how the new technology works. Therefore, this is nothing new. It happens with any new tech development. Photo by Jukan Tateisi on Unsplash

As a new market, crypto has the usual challenges for mainstream to adapt the new technology. The adaptation pattern of new technologies is a very well worn path. It starts with innovators and early adopters. They are enthusiastic and have the technical skills to advance that technology so that it can be adapted by more people. In the beginning of crypto, there was a pretty steep curve in learning how to use it. Creating a wallet and sending currency would require command line tools. It was easy to lose your private keys and lose your crypto forever. Just having the wallet on your computer requires you to download the whole blockchain and keep on updating it for you to use your wallet. Eventually, innovators create tools to make the technology to be user friendly such that an average person could use the technology as more educational and other resources become available.

The second challenge for crypto adaptation is the social contract aspect of crypto. That is, there needs to be trust within society around security, consistency and availability. These factors impact how much crypto is accepted within society in people’s everyday lives. For example, Bitcoin was invented to be used for everyday transactions and not as a store of value for the long term. So it failed to fill the original purpose but it ended up filling another purpose instead. Due to its success, other projects started to enable other types of social contracts.

The next big crypto phase is to make smart contracts to interoperate with the traditional social contracts such as real estate. Imagine that a blockchain keeps track of who owns the land and the structure on that land. This is currently happening in the metaverse but eventually, this can be applied to physical real estate. Once this happens, the contracts around real estate can become more customizable and new opportunities realized.

There are many ways in which crypto could become a fad that is bygone and all cryptocurrencies become worthless. Many common reasoning have been used before previous changes to the status quo. But eventually, the new systems became the standard and created economic prosperity. I believe that cryptocurrency and its associated technologies will do the same going forward. As more people adapt the new technologies and it becomes mainstream, the tech will become more user friendly, more efficient and become pervasive in our culture. Sometime in the future, we would not be able to imagine our lives without crypto, just like we can’t live without smartphones or the internet.