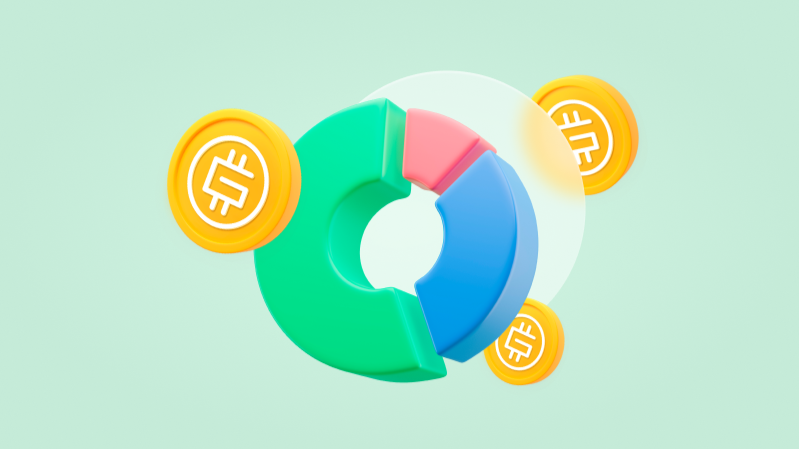 The move-to-earn concept has been gaining popularity. There are already quite a few such projects on the market, but most are clones of the most famous and capitalized move-to-earn project, STEPN. Disputes around this project do not subside. Some believe this is another financial Ponzi Scheme, and some predict the bright future of the project and its participants. In this article, we suggest you take a deep dive into the primary indicator of the project’s sustainability — its tokenomics.

Why Is Tokenomics Crucial?

Tokenomics combines elements that make a particular cryptocurrency valuable and interesting for investors. This includes everything from a token supply and allocation to things like its usefulness.

Tokenomics is an important concept that should be considered when making an investment decision. A project that has reasonable and well-thought-out incentives to buy and store tokens for a long time is more likely to survive and succeed than a project that has not created an ecosystem and an active community around its token. In addition, a well-built tokenomics often leads to higher demand over time as new investors enter the project, increasing the price of tokens and the desire to buy and accumulate them.

Tokenomics defines two things in the crypto economy: incentives that determine how a token will be distributed and the utility of tokens that affects the demand for them. Supply and demand significantly impact the price, and projects that use the right incentives can grow in price. In the case of STEPN, the developers seem to have thought through every detail to ensure the longevity and success of the project:

Supply. STEPN developers implement many burning tokens options, thanks to which the number of coins in circulation reduces. According to the laws of supply and demand, reducing the supply of a token should help support its price, as the remaining tokens in circulation are becoming increasingly scarce.

Demand. For the project to remain popular and its tokens to grow in price, tokens must have really useful use cases and be closely interwoven into the project’s ecosystem. In the case of STEPN, the developers made sure that the tokens have utility and the project itself has demand.

Allocation. STEPN developers deliberately locked most of the GMT tokens and provided a detailed plan for unlocking them. This was to avoid getting a situation where a huge number of private investors sell tokens and thereby cause the price to fall.

GST (Green Satoshi Token) is the utility token of the project. GST has an unlimited supply. However, to ensure the stability of the token, developers have implemented many variations of the “burning mechanism”. At the moment, there are several ways to burn GST tokens in the app:

GMT (Green Metaverse Token) is the governance token of the project. GMT has a fixed maximum supply, which is 6 billion. Thus, this token can significantly increase in price, thanks to a limited supply, subject to growing demand. Most of the tokens are currently locked. There are only 600 million GMT in circulation. The project team provided a diagram indicating how tokens are distributed and when they will be unlocked. The largest part of the tokens will be distributed among the users of the STEPN app, sent to the project treasury, and sold in private sales.

Users who have reached level 30 will also be able to earn GMT as a reward for movement. Please note that this feature is not yet available at the moment.

GMT tokens are also burned. That is, with the same demand for GMT, its rate will grow because the token supply is getting smaller. At the time of writing, more than 130 million GMT had already been burned. Now there are several ways to burn them:

As already mentioned, the developers of STEPN made sure there was a demand for the project. They actively promote the app. STEPN is discussed on television, in Forbes, and in other famous media. The balance of supply and demand has also been worked out. Users tend to buy internal tokens to start earning in the game, and traders speculate on price growth. However, a sharp increase in the value of tokens does not always positively affect projects. The problem of STEPN was that due to the enormous popularity and, consequently, the rise in the price of tokens, it has a high entry threshold, which repels new users. Fortunately, the project team corrected the situation and applied price balancing tools. To do this, developers use various balancing tools, for example:

Having analyzed the STEPN tokenomics becomes quite evident that the team is making every possible effort to ensure the project’s longevity. Considering an experienced team, a huge active audience, well-thought-out tokenomics, and the price balancing mechanisms used at this stage, we can conclude that STEPN will continue to remain the market leader.

💚  Try out a SimpleHold wallet as a mobile app or browser extension.