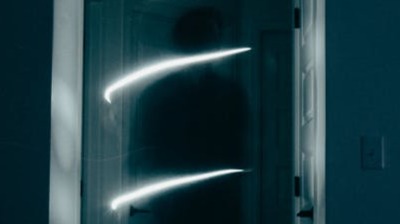 It's a kind of magic: "Hashtag" and "Sugar and Spikes"

Arthur C. Clarke famously said "Any sufficiently advanced technology is indistinguishable from magic." Comparing the sets/environment of Hashtag by Ben Alpi and Jyotika Virmani, and Sugar and Spikes, a graduation project by students of SAE Creative Media Institute Dubai, shows this.

Sugar and Spikes begins with the narrator situating us: "In a world different from ours..." However, the world of Hashtag is eerily similar to that of Sugar and Spikes. For example, in both worlds, there are floating recording objects and floating screens.

The beginning of the music video for Queen's "A kind of magic" can give you a sense of the world of Sugar and Spikes. There is an isolated building (an abandoned theatre), creepy, magical eyes on a hanging piece of art and floating objects.

"The bell that rings inside your mind

It's challenging the doors of time."