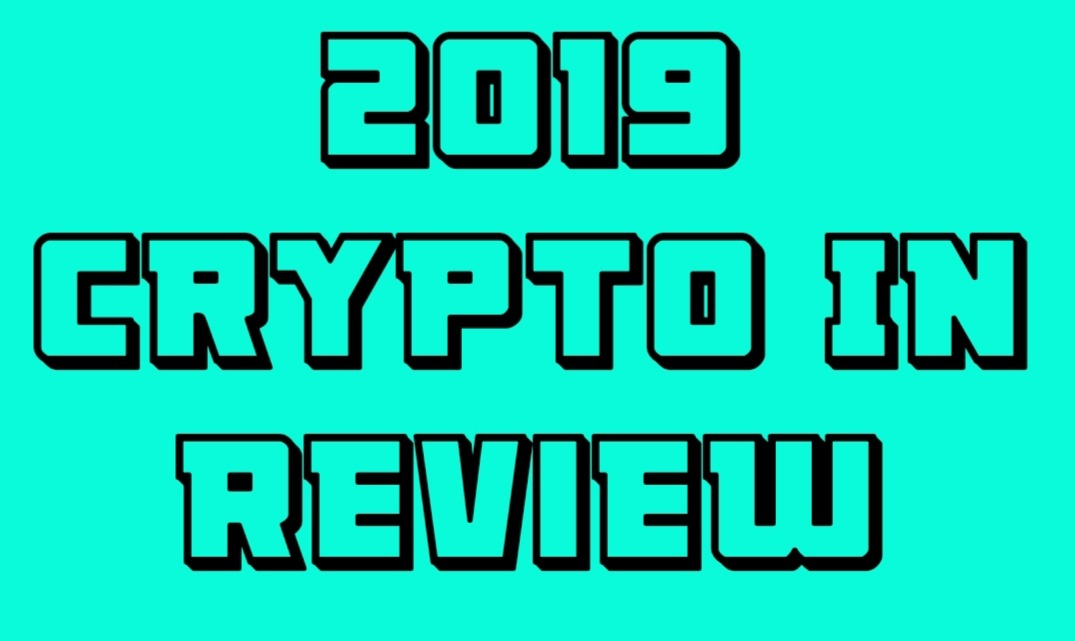 2019 Crypto in Review begins with the best Crypto joke i heard all year, and ends with short lists of my most-watched Crypto Youtubers, my Favorite Financial Talents, and Crypto Personalities.

Comments on the 2019 Stock Market, the Baby Boomer Transfer of @ $68 Trillion to the Millenials, 2019 Central Banks bought up gold at record rates, 9300 U.S.A. retail stores closed, The Fed lowered interest rates for the first time in the life of Bitcoin, negative-yielding bonds market reached $17 Trillion in August.

Orangeman becomes first sitting president to mention "Bitcoin." U.S. Treasury Secretary Steve Mnuchin commented on July 15, 2019 with an extremely deceiving comment to the American public and the world at large that Cryptos are "largely DOMINATED" by illicit activity. Chainalysis responds by publishing a research report a few days later showing the likelihood of verifiable Crypto blockchain transactions as being illicit are outnumbered in dollar values about 800:1 by the U.S. dollar's probability of illicit transactions.

BAKKT, a Bitcoin settled futures market platform launched in September, 2019 with a wimper. This is the entity owned by Mr. Jeffrey Sprecher, who owns ICE (the Intercontinal Exchange) and who also owns the New York Stock Exchange.

Plus Token from China scammed out and escaped with @ $2.5 Billion of investor funds.

Youtube took down a ton of videos of Crypto Youtubers on Christmas Eve, and later called it a mistake. The Crypto Ecosystem is not buying it...

Protests around the world in France, Hong Kong, Ecuador, Bolivia, Sudan, Lebanon, Turkey, India, Algeria, Georgia, Mexico, Brazil, Iraq, and many others. 100's and 100's of deaths have been reported, and the common theme seems to be "anger against the Elite."

Bitcoin halving will occur @ May 14, 2020, when the block reward for mining a block will be cut in half from 12.5 bitcoins p/block to 6.25 bitcoins p/block. So by May, 2024, the block reward will diminish from today's rate by 75%. 18.1 million bitcoins have been mined so far, which is 86.4% of all bitcoins which will ever be mined. Bitcoin is the 8th largest currency on Earth by market cap.

My most watched Youtubers: The Modern Investor, Ivan On Tech, The Keiser Report, The Crypto Lark, and Gerald Celente of the Trends Journal. My #1 most financially robust Youtube site i like is Investor's Archive.