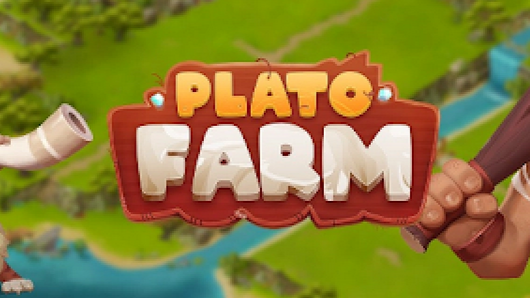 Ancient philosophers such as Plato, Pythagoras, Socrates, Aristotle, Sextus Empericus and many others have contributed to human existence through various ideological and philosophical formulations that summarize their positions on how best to approach some societal imbalances that plague the world in their days.

In 390 BC, Plato, a great ancient philosopher created “The Republic” — a book he is still well remembered for, due to its superhuman wisdom and richness of intellectual wealth. In this book, Plato depicts the ideal city and dreamed of a kingdom of fairness, justice, order, perfection, division of labor and happiness. However, many years down the road, the vision of Plato which is still held in high regards by many kings, kingdoms and societies, has never been accomplished.

The evolution of web 3.0 and its decentralization principles have provided a reliable template that the present day era can build upon to actualize the ideal city-state that Plato dreamt of. This was the motivation that led some group of talented blockchain developers, who previously have developed and operated a wide range of large-scale online and world-renowned games such as Jurassic World Evolution, Frostpunk and Farm Together, to come together and recreate “Plato’s Vision” using Plato Farm.

Plato Farm is built using blockchain technological principles and under this system, the codes become the law, smart contracts become the cornerstone, tokens become hard currency, all items become NFTs, web 3.0 becomes a slogan, the metaverse becomes a tag, and DAO becomes an organizational form. As Plato Farm often likes to put it, “the era that belongs to everyone has come!” Without further delay, I implore you to get along with me as I explore Plato Farm in this review. Plato Farm is a metaverse that leverages the potential of blockchain technology to simulate the evolution of human civilization. It is a project that integrates gameplay with the blockchain economy, where game playability can serve as a way to obtain economic benefits. Plato Farm is working towards a metaverse that demonstrates the evolution of human civilization.

The team behind Plato Farm has designed it as a highly playable and enjoyable game in which players can expand their farms, collect game items and earn money. Plato Farm serves as a reward for hard work. Through hard work, players can develop their wild land into a rich and modern home of human civilization, and then create the space civilization.

Aside from this, Plato Farm can utilize AR smart wearable devices to provide users with a multi-dimensional Metaverse Space that empowers them with a virtual social identity unattainable in real life. In this social gathering, players can organize decentralized economic and social activities and work together to create an ideal world from the unlimited depths of their imaginations.

This interesting game is based on a planting NFT management chain system that allow players to have a better experience in large-scale creation, transfer, management and other functions. Currently, the game is compatible with HRC-721 and ERC-1155 NFT protocols.

The opportunities provided to gamers are boundless as players can always recreate their imaginations as they deemed fit. Players can grow and harvest agricultural products and sell them to buy other NFT props, build barren land into a beautiful and fertile village or city, monetize hard work and transform the Plato Farm wild world into a modern home of civilization and prosperity.

Plato Farm has built a strong and diversified ecosystem that comprises 4 aspects: farm system, trading system, mining system and social system. I will be examining each of this ecosystem component and the beneficial activities they hold for players.

This component allows players to purchase production resources and land in their wallets and earn corresponding rewards through work in the game. The Farm system has some basic and rare resources which players can obtain and unlock with $PLATO. Once these items have been obtained and unlocked, players can then decide to deploy them through hard work in order for them to be able to reap maximum benefits.

One may want to ask: if I plant an item on my farm, wouldn’t it take a lot of time before the crop planted will germinate, mature and ready for harvest? This is a logical question to ask considering how traditional farming works, but thanks to blockchain virtual environment, you wouldn’t have to wait for years before the seed planted can generate yields that are ripe for harvesting.

In fact, farming through Plato Farm is an interesting activity to embark on. For example, as a player, you can purchase a plant field using $PLATO, buy a seed resources, let’s say carrot using $MARK and sow it on your farm piece. Then, you only need to wait for 30 minutes for your wheat to be mature, harvest it and sell it for $MARK freely on the secondary market. If you ask me, I will tell you that this easy-peasy farming model is super-duper and how I wish traditionally farming yield can be as fast as this… Ha-ha!

As explained in the previous paragraph, the farming system component is broken into the seed state, development state and mature state. Most crops require about 30 minutes to mature. This means that there is a tendency for many mature products to be churned out at regular intervals.

The trading system is the component that ensures that harvested and sideline produce can be traded as it allows players to engage in free trade according to their own needs using either $MARK or $PLATO, depending on the type of agricultural produce.

This component is for passive income seekers who may wish to earn extra income even when they are away from the farm and resting. Users can participate in PLATO and MARK mining by staking these assets in the in-game bank. The social component of Plato farm ecosystem allows for in-game interrelationship among players. Players interact by either forming friends or alliances. You can choose friends within the game which you can exchange pleasantries with and make transactions together. Forming alliances helps players to boost their agricultural output and production efficiency. There are 5 levels of alliance and all members in an alliance need to be invited by the founder of the alliance.

All of these ecosystem components can be accessed in Plato Farm all-in-one App. This friendly app integrates game, wallet management, swap, and mining functions together thereby erasing the need for players to use third party wallets or tools to play or perform multiple activities they may intend to do as they navigate the game.

Blockchain games have presented gamers with the ability to earn real reward while having fun. The various components of Plato farm ecosystem is designed to ensure that players can have multiple tools to interact with and enjoy monetary incentives.

There are four primary ways that can be used by players to earn while they play Plato farm. These are:

All the earnings of players are presented in the form of $MARK, $PLATO and NFTs. Since these items are always in continuous demand and they are required in order to access the game, it therefore implies that beyond the present face value or benefit that players get after obtaining them as reward, there is a huge potential for their values to rise higher as the game progresses.

The Plato farm ecosystem feature both Fungible and Non-Fungible tokens. For the fungible assets, Plato farm uses dual tokens which you should have noticed already if you have been following this review conscientiously. These two tokens are $PLATO and $MARK.

$PLATO is the governance token and one of the most important assets in the game. Apart from serving game and governance function, $PLATO can also act as a kind of status symbol because as the amount of $PLATO held by a user increases, his status and level rank increases simultaneously. This comes with additional benefits which I will talk about by the time I get to Plato DAO system.

$MARK is the circulating asset in the game that is meant to serve most of the game transaction and exchange activities. It is the game universal payment token that function similarly to the currency in real world.

The only way to obtain $MARK is by completing tasks such as farming, breeding, processing, etc., and the ratio of earning $MARK between completing tasks is 2:8. The supply of marked is directly tied to the increase or decrease in the game’s Gross Domestic Product (GDP) but the daily emission cannot exceed the 10 million upper limit. $MARK also has its own deflation design which causes it to be burned whenever a player use it to redeem items.

Plato Farm DAO plan to recreate the vision of Plato, the ancient philosopher. In this DAO, every citizen, who is committed to the development and realization of Plato farm’s common mission, is equal regardless of their ability or experience. As long as a user has 10 PLATO tokens, they can become a citizen of Plato Farm and they will be able to buy land, seeds, play to earn, participate in voting, and start their blockchain life.

Plato farm will operate as a voluntarily initiated, self-organized, and self-managed community on-chain. The governance rule of PLATO is DAO, where ownership, power, and control will belong to everyone in the community. In Plato farm, the governance and rules of PLATO DAO are coded in the smart contract on the blockchain and cannot be changed unless approved by the DAO members.

In order to perfectly recreate Plato dreamland in the virtual world, Plato farm decentralized organization will contains Plato citizens, Plato councilors, and the Plato constitution. All citizens will have the right to vote and all councilors will have the right to make proposals. Every major decision in PLATO DAO will be publicly proposed, discussed, voted, recorded and put into use after passing the public vote.

Plato farm is on a mission to create an ideal city that will eventually fulfill the dreams of Plato’s Republic. It makes the most use of blockchain technology using NFTs land and other materials to create a gamified platonic virtual environment. All players can easily obtain a piece of land in order to start a journey into Plato metaverse after which they will be able to utilize the farming civilization concept to blossom their activities into flowers of peace, happiness, leisure and financial prosperity.

Plato farm is determined to uphold the Ideal Kingdom of Plato, spread the spirit of blockchain autonomy, and it has a reliable DAO governance that is freely directed by the community. With a transparent and code-driven incentive mechanism that is fair to all, players can follow the rhythm of Plato DAO, deploy strategic hard work participation and social collaboration with like-minded people to ensure a win-win situation for themselves and this will unequivocally lead to the increase in the value of the ecosystem token as the project continues to expand.

An educational group about crypto and blockchain technologies

A collection of AMAs with crypto teams