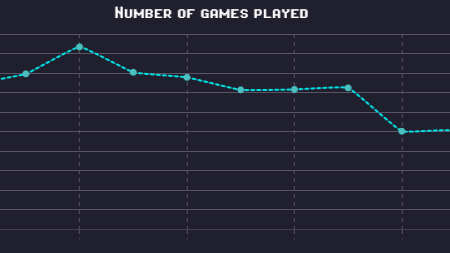 5 Warnings After Playing 3000 Games in Rollercoin

Recently I have found a site named Rollercoin, which you can find here. Put simply, you play games to earn power which in turn earns you the choices of BTC, ETH, or DOGE. With its interesting model of being a site in where you can purchase virtual miners to mine for you, I decided to play 3000 games over the course of 7 days to see if it was truly profitable. Here is 5 things I learned after.

Given that each game takes around 1min to play:

Now that is a insane amount of games, and to be honest with you it took a lot of willpower to be able to play 500 games of a flappy bird spin off.  I had to make sure that when I began my "Rollercoin Session" I had to be in an almost mindless state or else I would get bored out of my mind. After a few hundred games, the whole process just dries up. It becomes repetitive and it almost feels like laborwork. I don't recommend starting the whole process without being willing to invest the insane amount of time to turn a profit.

2. Get Used To This Screen

Upon completion of each game, you are met with this dreadful loading screen. I am not sure what the point of it is really but anyone that is frequent on this site will feel the same way I do when I say fuck this screen. In order to receive your reward you are required to go through this screen, and sometimes it will continue to cycle endlessly and force you to restart, although it may be an individual side issue, it is still annoying and inconvenient having to restart Difficulty 10 Token Blaster after completing it.

Servers can be congested, that is a problem websites like these often have, especially with its recent surge in popularity. Although it is not a deal breaking issue, in very busy times for the website, you can be stuck on this loading screen for 5-10 minutes. Sometimes a simple refresh is the answer, sometimes it isn't, but either way you'll be watching this cute hamster spinning his coin.

Although I can partly blame this one on myself for not reading into it carefully. Be wary that after 7 days (Or depending on which virtual computer you own) the power that you earned from playing will decay, it will hit you and it will hit hard. After losing a lot of my drive, I was met with this dire problem where after your set period of grace days of your power, it seems that every game that I played I was actually losing power, it is demoralizing and it added a few sprinkles of salt to my wound.

5. Miners Are Simply Not Worth It 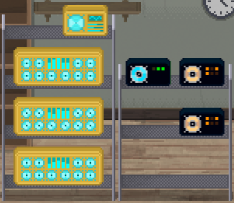 This was best explained by Khazrakh here on Publish0x.

If you ever played as many games as I did to purchase one miner, you can easily see how small of a dent it made.

At first I really did enjoy earning through playing those simple games, and I was very interested in their idea and was motivated to earn money just like anyone else would be. What motivates me to play now is the fact that I spent money on it and also the thought of more features being implemented into the website.

Leave a comment down below with any questions and I'll be sure to get back to all of you.

An introduction into Rollercoin, a website where people can play games and purchase virtual miners in order to mine bitcoin.