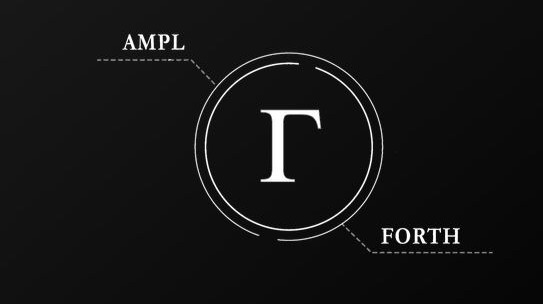 Bitcoin and Satoshi Nakamoto changed the world forever with the cryptocurrency's launch back in 2008.  Since then, an explosion of new cryptocurrencies has arisen in the same space to either complement Bitcoin, compete with it, or replace it entirely with something knew.  Overall, the goal of Bitcoin was to create a new medium of exchange that is free from centralized authority and, more importantly, monopolistic control.  This is the current problem with normal fiat currencies like the USD.  Bitcoin helped to change all of that.

A major issue many see with Bitcoin as a means of value storage is the immense exposure to market volatility.  It is not uncommon to have 5%, 10%, and even 20% drops in a day and then have those drops made up within hours.  To any normal investors, this makes for an anxious situation choosing to store capital in Bitcoin.  The other downside to Bitcoin is the inability of the currency to operate with contracts or support the building of decentralized applications of the network (dApps).

The rise of other stablecoins has attempted to offer a potential solution to this problem.  This includes coins such as Tether (USDT), US Dollar Coin (USDC) and DAIcoin by Maker.  All of these coins share a common issue themselves however.  None of them are decentralized entirely.  These coins either rely on support from outside fiat (USD) or through collateral like DAI.  The goal of truly decentralized finance and making the space completely safe from centralized powers has not been realized.  Well, until now.

The Amplforth Protocol and the AMPL & FORTH Tokens

The first step into making new investments is learning about what you are actually investing in.  Amplforth is broken down into two different coins with the goal of providing a protocol to truly decentralized stablecoins and give DeFi (decentralized finance) a medium of exchange that avoids volatility but rewards those who hold the coin or stake it.  Currently, any protocols, applications, networks, or investors operating in the DEFI space have to rely on centralized powers if they choose to use existing stablecoins like Tether or DAI.  Additionally, choosing to invest in something like Bitcoin comes with increased volatility.

AMPL, the main coin for the Amplforth protocol, utilizes a rebasing methodology to help alleviate the change of massive volatility or shocks to the market.  As the market cap for AMPL goes up or down, the liquid supply of coins is adjusted.  For instance, if you are holding 1% of the market at $1 billion market cap in AMPL, you will still own 1% of the total market if the valuation increases to $10 billion.  The difference will be paid out in new delegated AMPL coins to your existing wallet.

So, why is this important or better than other options?

If decentralized finance is given a trustworthy, safe medium of exchange and value storage, it makes a plethora of other things possible.  Volatility becomes far less of an issue.  No one will have to worry if 10% of their savings have been wiped out in a random volatile swing in the market.  AMPL can be used with contracts for on-chain transactions with various applications much, much easier.   Plus, with the introduction of FORTH, the governance token for Amplforth, it makes the protocol highly democratic and accessible by anyone.

The current market valuation of Amplforth is around $250 million USD as of May 2021.  This will rapidly change as the protocol goes through price discovery.  The advantage that major cryptocurrencies such as Bitcoin and Ethereum shared for a long time was the general lack of publicity for cryptocurrencies as a whole.  The best known coins were the first to grow.  That advantage may be slowly fading away.  As institutional money as well as the general populous move into the crypto space, the best projects will ultimately acquire the greatest attraction of investment over the long term.   Amplforth has the ability to be a better Bitcoin, offer a better stablecoin option in AMPL than Tether, DAI, or others, and remains truly decentralized and highly democratic through FORTH.  Time will tell.