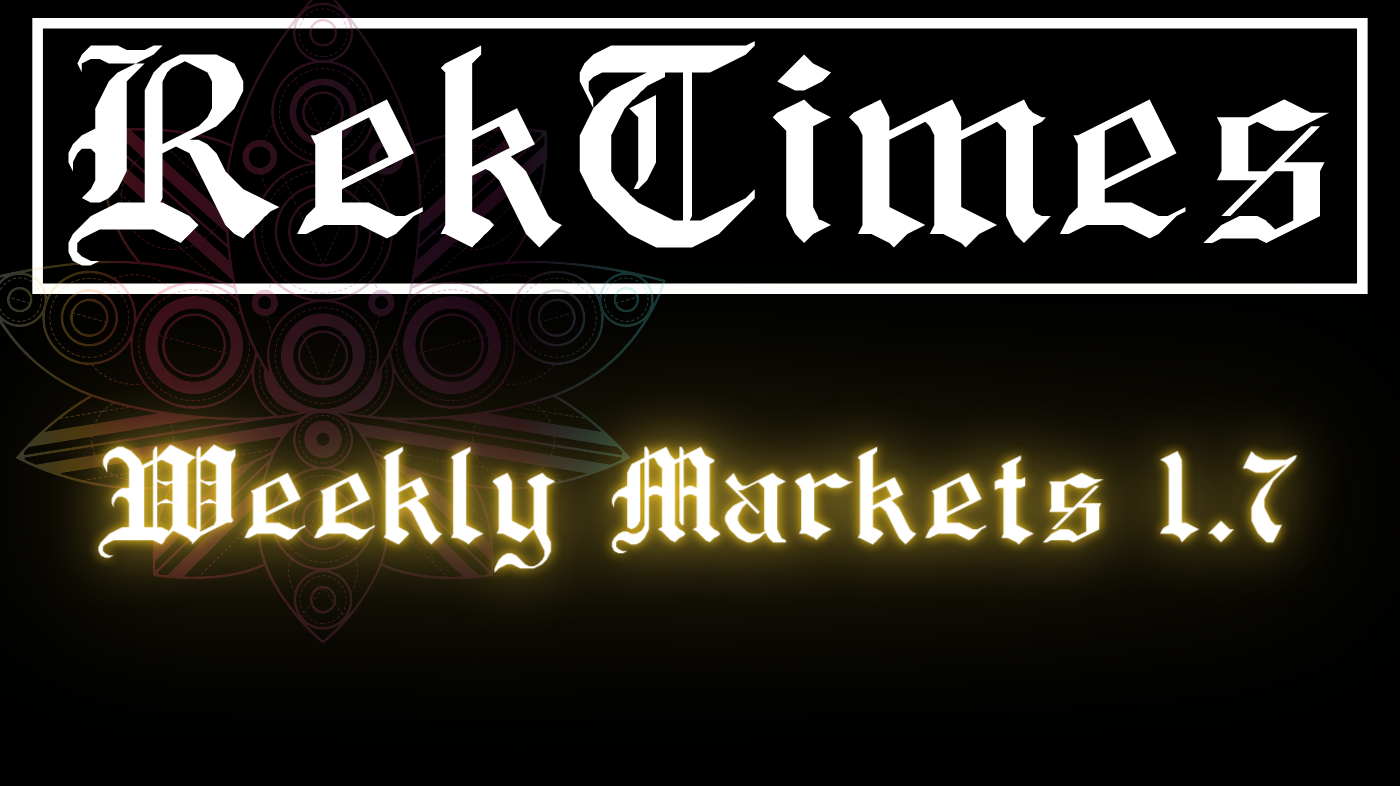 24 September 2021:  It has been more then an eventful week across both cryptocurrency and global economic markets.  With cryptocurrencies taking a big hit from the recent China announcement banning cryptocurrency transactions, many asset prices have tumbled significantly in the past 24 hours.  Additionally, the U.S. debt crisis is reaching the public spotlight at the same time as the massive Evergrande crisis, helping to seriously shake world markets.  This article will cover all the latest news and give some insight on how to navigate the coming weeks to months.

Cryptocurrency Market Sinks 5% in Past Day on China News

In a new move by the Chinese government, all cryptocurrency transactions and mining have been deemed fully illegal by the State.  Government agenices have put out a statement saying that any participation in these activities would be punishable to eliminate “hidden risks caused by the blind and disorderly development” of cryptocurrencies, per the New York Times.

There has been plenty of FUD (fear, uncertainty, doubt) out of the Chinese government before, especially with the ramping up of the State's own digital currency - the Yuan.  That said, this particular newsbreak is one to pay a little more attention to due to the ongoing solvency crisis in the Chinese property development market and problems within the U.S. as well.

One of China's biggets privat sector development companies, the China Evergrande Group, has recently gone belly up.  It has been revealed that the company is indebted by an estimated $300 billion USD, a massive stake that could effectively disrupt the entire Chinese economy - and subsequently the world.  Many comparisons have connected this ongoing Evergrande crisis to that of the Lehman Brothers, a major Wallstreet bank that famously failed during the 2008 Global Financial Crisis.

The fear with Evergrande is that a major default within this company could trigger a cascade of defaults as investors try to secure their funds from any further damage within the property development sector.  It should also be considered that traditional middle class Chinese families are also taking a major hit from the crisis as many residential buildings being constructed by Evergrande will never be finished, possibly signaling massive losses for those that paid for a residence in these high rises. 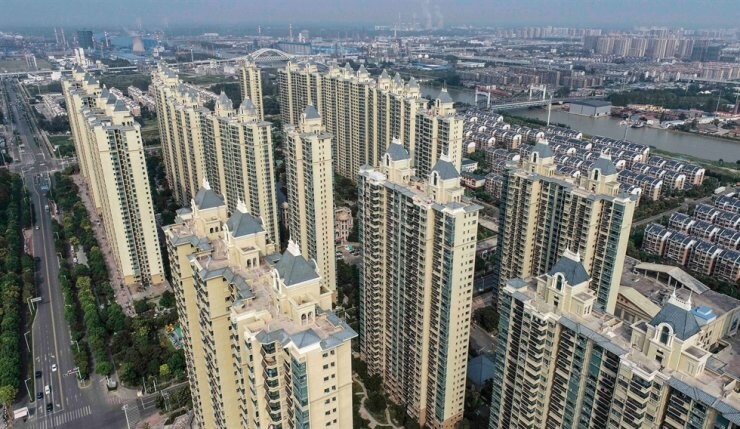 Currently, it is still unclear as to what the extent of the damage will be resulting from the Evergrande debt crisis.  Nonetheless, the situation has upset global markets as investors look to reassess their risk outlook for the coming weeks.  One such market is the US500 (S&P 500 Index) which has seen its first slowdown in months.  Take a look at the chart below:

The US500 is currently testing the support at the 50 day moving average and will be a key index to watch as more developments surrounding the situation in China come to the spotlight.  With all of this in mind, China is undoubtedly trying to avoid that of a major finanicial crisis - possibly a motivation for attempting to keep as much money in the State as it can, leading to the immediate banning of all cryptocurrencies.

The Evergrande crisis is a key situation to watch in the weeks ahead.

U.S. Will Run Out of Money by Mid-October Without Action

Before we cover the cryptocurrencies specifically, this is another major situation to keep an eye on as global markets are already spooked over China's potentially looming financial crisis.  The U.S. Government is in immediate danger of a shutdown and potential default if the debt ceiling is not raised.  The debt ceiling is a cap per say on the amount of money that the U.S. may borrow to cover outstanding financial obligations.

A U.S default on its debt would be unprecedented and could have seriously damaging implications to both the nation's economy and world markets.  Some analysts have estimated that a failure to raise the debt ceiling could result in the loss of 6 million jobs and possibly $15 trillion USD from the economy.  Implications of this could be profound, but with the gridlock of American politics, no meaningful changes have come since Democrats took power back in January.

An additional point to consider is the inevitability of the U.S. essentially cornering itself into financial ruin.  While raising the debt ceiling could potentially alleviate short term financial damage, the implications of the U.S. borrowing even more money that it will ultimately never be able to pay back raises questions about the longevity of current financial policy making.

While often treated as seperate to the ongoing world economic developments, especially with regards to China and the United States, it is important to note that any major world economic changes will undoubtedly have an impact on cryptocurrencies as well.  With this in mind, many of our readers from both the West and East must take into account the dangerously unstable economic landscape that is building in the two largest economies in the world.

Should the U.S. raise the debt ceiling and borrow even more money to cover financial obligations, this means that even more money creation will be needed - putting further pressure on the already limber US dollar.  Likewise, the Evergrande crisis in China is also signaling a potentially larger solvency crisis within the Chinese economy.  Both the U.S. and China, regardless of the outcomes in the coming weeks of these respective events, will have a signficant, lasting impact on the world economy - including cryptocurrencies.

An important consideration to take into account about Bitcoin's price action, which will be covered in the chart below, is that a deflationary crisis in world markets would also potentially sink the FIAT valuations of Bitcoin and other cryptocurrencies.  That said, the amount of Bitcoin that you own will obviously never change.  Thus, if decentralized markets continue to expand, those Bitcoins would still have tremendously more value, especially with China banning transactions altogether.  In other words, assets that are harder to acquire are worth more in the long run.

With all of this information in mind, let's take a look at Bitcoin's chart below:

The current set up on Bitcoin immediately does not look all that enticing.  The breakdown in the most recent price channel action is potentially signaling more volatility ahead, with probabilities favoring downside action.  That said, Bitcoin tagged the bottom of the current channel at $41,250 and has sinced bounced back up to stay within the channel.

More downside should be expected (though nothing is ever a guarantee) with a potential retest of that support area.  All in all though, for the largest country on Earth to ban cryptocurrencies altogether, Bitcoin has held up quite well.  We at RekTimes reccommend utilizing the coming volatility to recalculate your own risk assessment and set up your portfolios accordingly, taking into account all of the developing news surrounding the global economy.

With a potentially building global finanicial downturn, the time is now to evaluate confidence in your chosen cryptocurrency assets (i.e. we do not reccommend sticking around in meme coins).  The Evergrande crisis in China is the biggest story to watch moving into next week followed closely by the ongoing debt crisis within the U.S. government.  While many within the cryptocurrency market, including RekTimes, have long been expected a nice rise in the bull market towards the end of the year, it is always essential to evaluate both the cryptocurrency and outside economic landscape for changes.

Despite all the developing news, we feel that having a balanced portfolio that includes healthy, long term cryptocurrency assets like Bitcoin and others is still the best financial move even with the probability of major downside in global markets increasing.  The US dollar is nowhere near the top of our confidence radar and with no end in sight to damaging U.S. fiancial policies, it is still our belief that cryptocurrencies, over the long term, will hold up more purchasing power.

In summary, keep a close eye on the state of global markets, especially in regards to the U.S. and China, reassess your risk tolerability to volatile assets, and, most importantly, keep holding onto your Bitcoins for the long term.  We will be back with another full update next weekend, but, to keep our readers as up to date as possible, keep an eye out for a mid-week assessment as well.

Have a great weekend everyone!