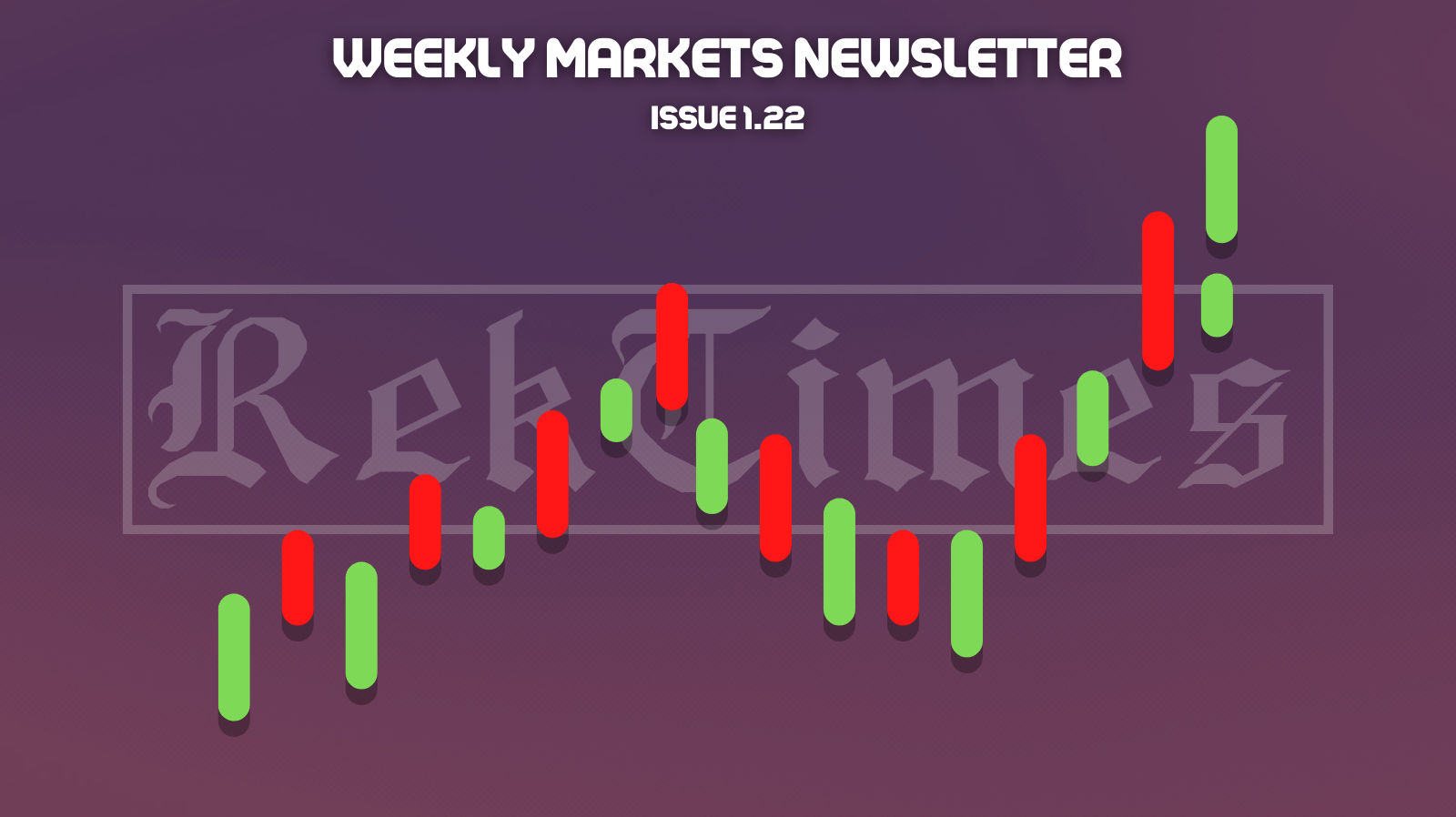 21 January 2022: It was a busy week for both the cryptocurrency market and broader economy. Of course, with what appeared to be relative stability in markets turned harshly sour as the cryptocurrency market sold off hard into Friday night. Stocks were hit with high selling pressure as well with many questioning if the "superbubble" within economic assets is finally coming to an end.

There was a number of different notable headlines that emerged over the past week. The tech sector specifically was extremely active in the cryptocurrency/NFT space this week with parterships or deals being announced from Twitter, Meta/Instagram, and Microsoft. Even Walmart is toying with entering the space.

In addition to new reports about corporate interest in the space, El Salvador recently met with Turkey to "boost ties" as Turkey's native currency continues to collapse under inflationary pressures. There are now many different countries experiencing currency problems, including Turkey, Argentina, Venezuela, and more.

Further Reading - In the Know

It was another rough week for the cryptocurrency market. With the entire market shedding over hundreds of billions, nearly every coin experienced heavy sell offs, most of which took place today. The Fear & Greed Index fell again this week to only 13 points, down from 23 points a week ago.

Many cryptocurrency holders whom bought in last year are now taking on losses as the market continues to move lower in a bearish trend.  Is this the official bear market? With Bitcoin, Ethereum, and others fallin out of significant long term upward price channels, the probability 2022 is going to be overwhelmingly bearish grows.

The total cryptocurrency market fell a massive 18% in the past week. The total market cap failed to break above its 200 day moving average and has since sold off another $400 billion USD.

Over the past two months, Bitcoin has been in a significant bearish trend. Since early November, Bitcoin has lost almost 50% of its value and shows no signs of any major bullish reversal. 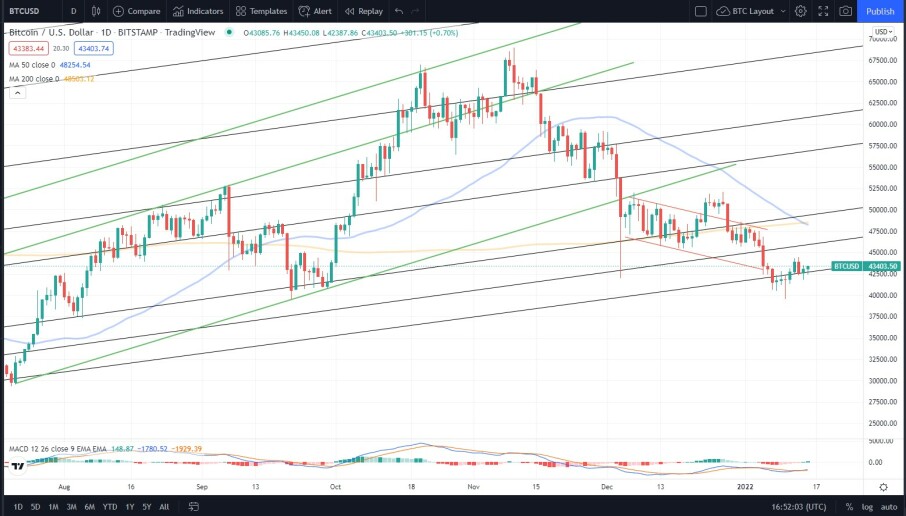 The altcoin market (total crypto market cap minus Bitcoin) has had to navigate an even deeper sell off, with 19% of its value vanishing in the past seven days.

Ethereum has been leading the decline as it shed nearly $1,000 USD off its price. Ethereum currently sits at ~$2500 USD.

The total market cap, minus Bitcoin, is shown below:

While unpopular, RekTimes has been exhibiting bearish sentiment for weeks.  Despite all the positive development news surrounding big tech's entrance into the metaverse/cryptocurrency/NFT space, the market has still not slowed down its major decline.

At this point, all indicators are pointing to this being the revival of the bear market. Nearly every single coin has broken through long term major support and nearly all recent buyers are in the red. It is important to note that you should NOT SELL at these levels if you are experiencing losses.

It is always better to dollar cost average down your investments over time rather than selling at large losses. At current projections, the cryptocurrency market could be expected to decline for much of the winter months well into the spring. It is possible that 2022 sees the market decline to lows sometime in Q4.

Of course - this is all assuming that a major catalyst does not bring down the entire market sooner. The global economy is weakening with each passing week and is still fundamentally important to the overall performance of this space now that institutitonal investment is so integrated.

To reiterate - if you are down on your holdings, continue to hold! If you are long from 2019 or earlier, you should still be well in the money and could still secure major profits should the market continue lower. The best time to do this is on sentiment switches that sees temporary rallies in price before the next leg down.

2020 and 2021 were unbelievable years for the expansion of the cryptocurrency space. For those that got into the space prior to the pandemic, absolutely massive returns were realized with many coins seeing 100x to 1000x returns as money flew into the space on a regular basis. This attracted the attention of numerous companies, institutions, and even governments.

It is essential to realize that these gains were fueled by unprecedented monetary policy that saw trillions of dollars in stimulus injected into the global economy. Many of the COVID-19 stimulus checks given to families, young adults, and interested investors were either immediately spent of bills or plugged directly into markets like crypto.

Without that stimulus? The massive economic losses that were originally avoided and that have been compounding are now beginning to show. The cryptocurrency space is no exception and serves as a legitimate reason for 2022 to remain bearish.

Coming up next week from RekTimes includes: