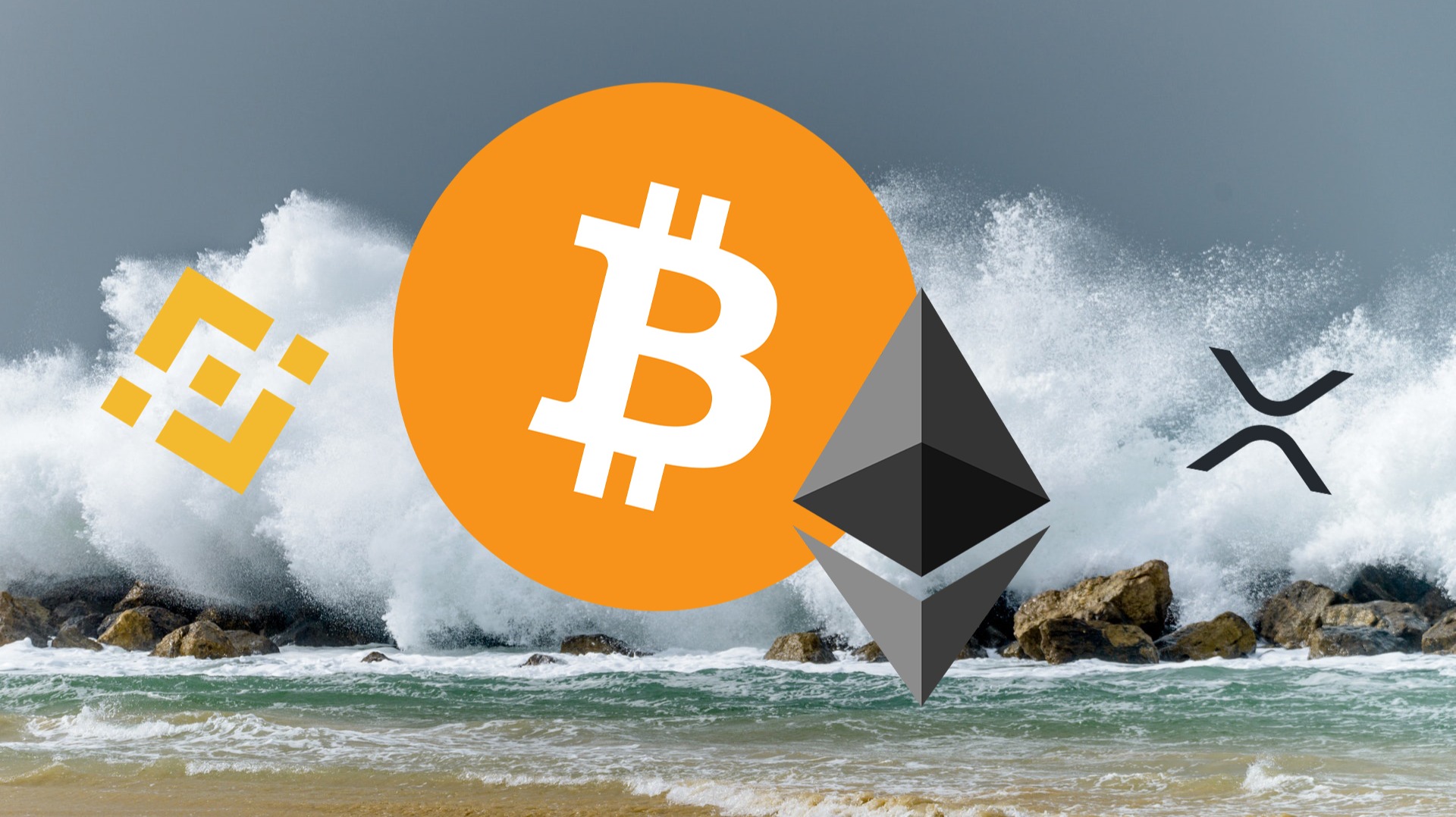 After a considerable bullish trend for altcoins over the past week, the crypto market has faced a red day for the majority many falling by more than 10% over the past 24 hours.

Majority of the cryptocurrencies within the top 100 have faced a loss over the past 24 hours, the total market cap of crypto falling by 11.4% to about $2.3 trillion.

The king of the crypto world, Bitcoin (BTC), has gone down by 11.5% over the past 24 hours, which is similar to the market cap fall mentioned previously. Its market cap has moved under $1 billion over the past few hours, which has not happened to BTC for weeks. The most recent time where BTC went under $1 billion other than the current trend is back in April as it headed towards the end of the month. This is most likely from the great crash that occurred then, which is much more severe in comparison to the current situation of this crash. Ethereum (ETH), Binance Coin (BNB), and XRP (XRP) all had similar lose over the past 24 hours, sitting between 11% and 12%. 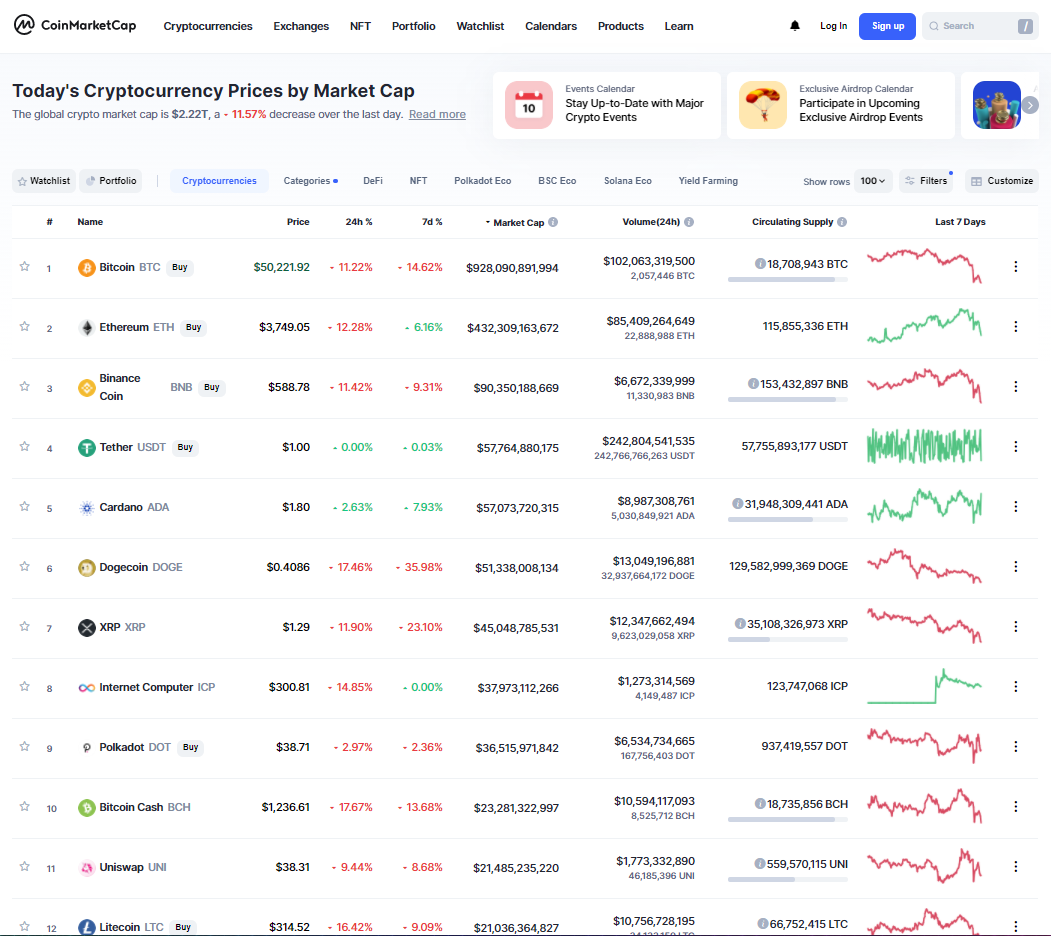 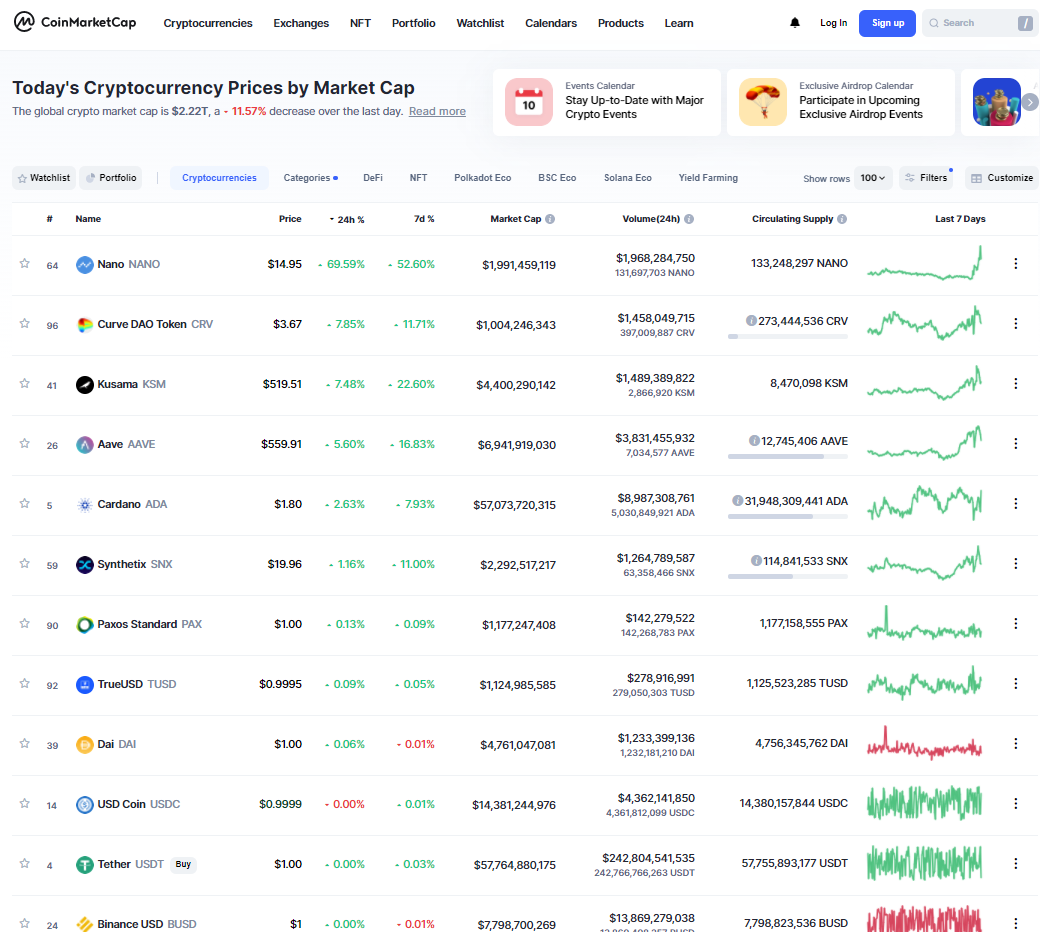 Just with every event in the world, a vast variety of reasons are out there to explain the cause of them, and it does not change in the crypto context. I will be going through what I believe the most important and potentially the leading causes, though it is important to note that there are still other reasons out there which I have missed.

What appears to be the most significant reasons for this market's crash is the removal of BTC as a payment method for Telsa. To put it simply, BTC uses a lot of energy, and with most energy based on fossil fuels, BTC uses a lot of fossil fuels. This is bad for the environment, driving climate change - the opposite of what Telsa wants to do, which is make a better environment with sustainable energy. With many seeing Elon Musk, who for the heads up for those who do not know is the CEO of Telsa, being notorious with heavily influencing the crypto market with his tweets, many cashed out of BTC, seeing it as a negative cryptocurrency because that what Elon Musk makes it look like in this post. Below is the tweet from Twitter, which contains more detail of the removal of BTC payments from Telsa. 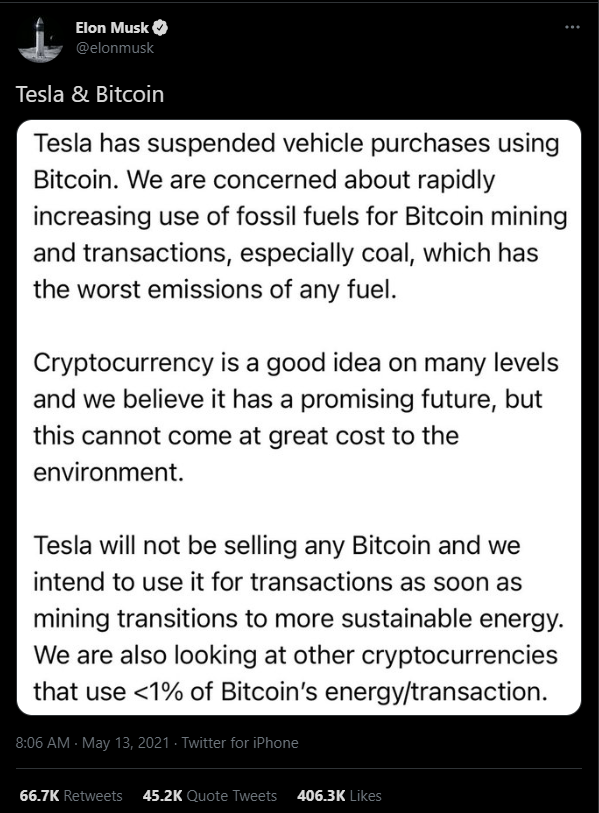 Also, if you compare the time of the post to BTC's price history, it is evident that they correlate quite well together, proving a plausible reason for BTC's crash. 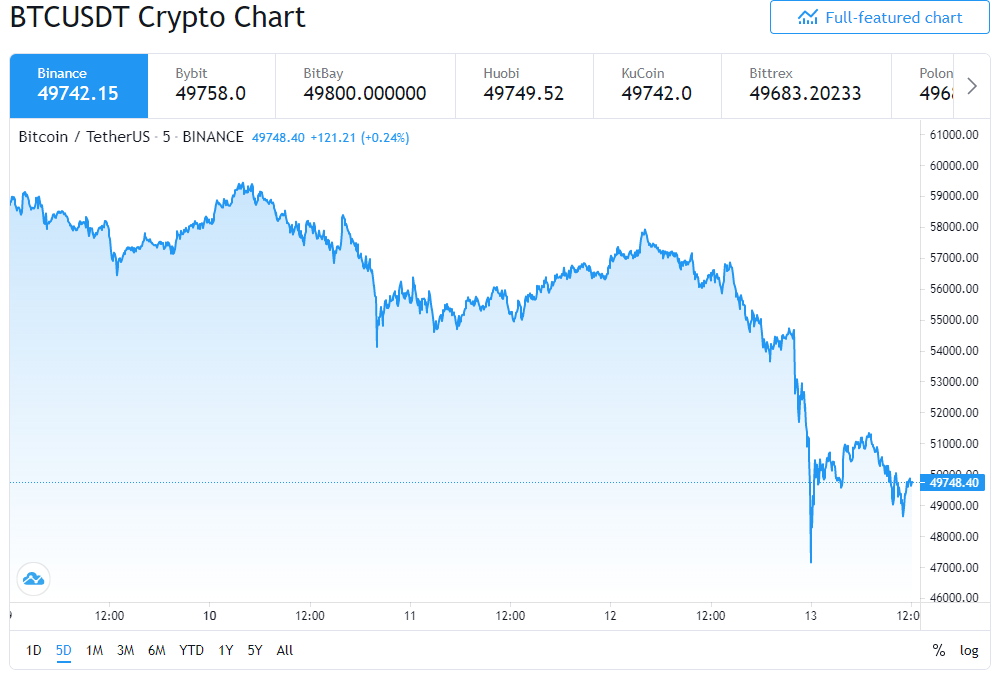 Now, with BTC being the king of the crypto world, what happens to it affects its neighbours down below. When BTC goes up, it is likely that almost every other cryptocurrency will follow for a good crypto market, and vice versa. This vice versa is what has happened now. This is shown with ETH, BNB and XRP, which was mentioned earlier.  With the vice versa, it is most likely the cause of Telsa's removal of BTC as a payment method.