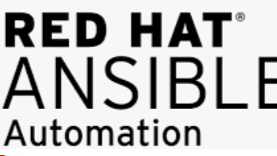 Apologies for the delay in getting this posted.

Red Hat Ansible has a lot of constructs that are really easy to understand!