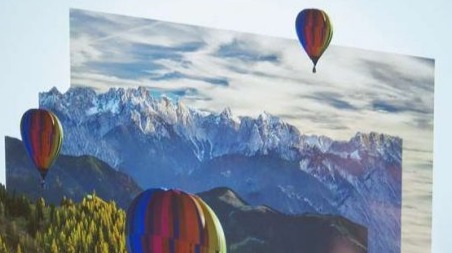 Some people may have wondered over the years, with billions at its disposal, why Microsoft programs suck so bad?

The best explanation I have is that historically Microsoft tried to bundle Windows with excellent free software, only to be forced by court-orders to remove the software in order to allow fair competition and being slapped with hefty fines. As a result Microsoft decided to stop investing in free software after having to pay a 0.5 billion fine in 2006, resulting in most of the negative attention shifting to Google who ten years later had to pay a 2.4 billion fine.

As a result I didn't take Paint 3D serious after upgrading to Windows 10. I was happy to use good ole Paint which is a second generation program, it allows basic operations that require little skill. I messed around with Gimp some, which is a third generation program and allows complex operations that require a lot of patience and dedication to master.

At first glance Paint 3D looks like classic Paint with a couple more features, which due to a total redesign of the interface do not seem worth the investment. The first instinct is to use Paint 3D for the same tasks you used Paint, which will undoubtedly be tedious for most people at first.

It didn't help that Microsoft didn't promote the software and everyone with a noteworthy opinion is probably too heavily invested in Gimp or Photoshop to have a fair opinion. One night I got bored however and started messing around with Paint 3D because I needed a complex rotation on an image and I vaguely remembered that Paint 3D might be able to do something along those lines.

So I ended up cutting out a shape in Paint 3D and instead of seeing a glaring white cut-out, Paint 3D removed the shape I had selected and auto-magically fixed the background the best it could based on the surrounding background. It didn't only do so automatically, it did so doing a much better job than I could myself spending an hour twiddling with pixels. I didn't immediately understand what was going on either, I figured the image I was editing somehow had multiple layers which Paint 3D had detected, but slowly it dawned on me; Paint 3D is a fourth generation program that allows advanced operations that not only require little to no skill, but also little to no time. If I had to slap a value on Paint 3D I would say it is easily worth $50.

It's unclear who wrote Paint 3D, but it's the work of genius and as far as I know it is way ahead of the competition. It's also unclear if the competition can catch up with this because some technology requires pure undulated brilliance to be created. Given it's Microsoft software I assume it's only available for Windows and that the algorithms are proprietary.

Of course once this secret gets out we'll see a lot of people switching to Paint 3D, until it gains market dominance, upon which some court might decide that this is unfair and force Microsoft to jump through all kinds of hoops and hurdles to remind it not to provide professional software for free.

Just another brick in the wall.

A blog about psychometrics, game theory, genetics, science, and anything else that comes to mind.