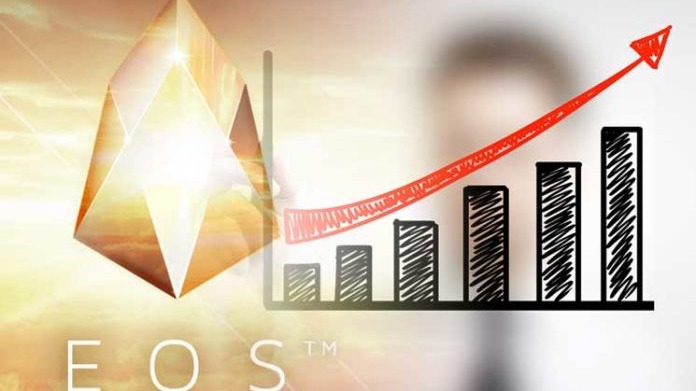 Last week EOS made a remarkable leap forward; unfortunately, however, already from the following days this currency has begun to retrace and today it is found substantially on the same quotations of last Sunday. Not bad because, as we are about to see, the most likely scenario at present is a return to the area 40000 satoshi, at which point then of the two or it will break the resistance and will go to touch a new high or it will be violently rejected breaking the support to 34000 satoshi. Having said that, let's take a look at the charts immediately to try to understand what will happen in the coming days

BTC / EOS the bulls try to rebound, the bears are plotting in the shadows

Let's start with the 30D chart, here we see that there has already been a pivot point test in the first months of this year, a level from which the price was violently rejected in the direction of the S1; keep in mind that being a coin still young the pivot points are very wide, for example the R1 is in the zone 0.0019BTC (in correspondence with the last maximum) and the S1 is in the zone 2783 satoshi (in correspondence of the last minimum). Even if the price has been moving for a year between the pivot point and the S1 these levels offer only vague indications and are not to be considered too much for at least another couple of years. Let's move on to the weekly chart, here we see that the price has been moving sideways for at least three months, currently the MACD is still bullish but it seems to be losing momentum; the most likely scenario, looking at the 7D chart, sees EOS retrace heavily, marking a new low that will generate a large bullish divergence on the MACD, at which point (around spring next year) it could be worth seriously buying. As for the 1D graph, the feeling, as we were saying, is that during this week EOS will again touch the 40000 satoshi, but it will hardly be able to break; I believe instead that the most likely scenario sees modest rises immediately, followed by an important retracement with the price that will mark a new low.

For this week I would say that I still tend to be bullish on EOS, but with reservations, in the sense that I expect the bullish pressure to continue for a few more days and then run out; the price, at that point, should easily go to break the support and mark a new low. In short, at this moment the bulls still seem to have a minimum of control on the market but the feeling is that soon the bears will take back the scene. Fundamental will be the level around 40000 satoshi, if EOS managed to break it to the upside it would be a sign of great strength of the trend, otherwise we will almost inevitably expect a continuation of the downward trend started in early 2019.