Hi there Publish0x friends that use Presearch,

Our next major milestone is here, the launch of Presearch node rewards!

We know many of you have been waiting patiently, and we are thrilled to announce that the time has come. On March 1, node rewards for node operators will officially launch!

We are rolling out the rewards in two phases:

Many early node operators have been running Presearch nodes for months just to support the project and without the promise of any specific rewards, and we want say an extra special thank you to these node operators.

In January, we previously paid a thank you bonus of 500 PRE to node operators who participated in our community channels and actively provided requested survey feedback, and we are also now providing one final thank you in the form of a reward stipend to all early node operators. All node operators who ran nodes that successfully served at least one query will receive a PRE bonus. We are allocating a variable amount of PRE to each node operator based upon the number of days they kept their nodes successfully up and serving queries, using the following calculation:

This allows us the reward early node operators proportionally to the amount of time they were involved and the number of nodes they ran before the official rewards system launched, while ignoring metrics like uptime, latency, and success rate which were less useful during the early beta period. Though the amount paid is variable, we are also ensuring that any node operator who successfully served at least one query receives a minimum of 100 PRE, with numbers increase from there up to about 70x that amount for the most active node operators.

These stipend payments for this first phase of the rewards system launch have already been made, so please check your account if you were an early node operator and you should find your thank you bonus. Note that staking PRE to nodes had no impact on these phase one stipend rewards— they were purely based on level of participation of your nodes within the network.

The second phase of the rewards system has also already gone into effect, with node rewards being paid out in small increments every 5 minutes, beginning 12:00am UTC on March 1st. These rewards will be visible in your account by the end of the day on Monday, March 1st, when the rewards claiming mechanism is turned on after a final audit by the Presearch dev team.

How will node rewards be calculated moving forward?

Staked capacity enables node operators to stake PRE tokens to their node and reserve the right to be rewarded at a higher level for providing their node’s capacity to the network. This can help ensure that a node remains profitable even if other lower-cost nodes come in and reduce utilization-based rewards. Also note that while staking PRE on a node is not currently required to run the node, that in order for a node to be eligible to receive any rewards, it must have at least 1000 PRE staked.

The staked capacity percentage is calculated as follows:

At the moment, the node_actual_capacity_% is mostly based upon uptime, but this will change in the future as better mechanisms for measuring actual capacity are being developed.

The utilization percentage is calculated as follows:

Utilization demonstrates the percentage of requests your node serves within the network, adjusted based upon how well your node is performing relative to other nodes.

The node’s reliability score (or “quality score”) is based upon a combination of the node’s uptime, latency, and query success rates. Each node will be assigned a percentile rank for each of these three metrics compared to all other nodes within the network — the higher the percentile, the higher the payouts a node operator will receive.

All of these metrics — uptime, latency, and success rate scores, as well as the node’s reliability score, staked capacity percentage, and utilization percentage are published in the recently-release node statistics available in the nodes dashboard.

If you’d like to dive into the full rewards calculation, you can find it in section 7.3 of the Presearch Vision Paper. Please note that all inputs and weights are designed to be adjusted over time automatically by the Presearch’s Tokenomics Engine, so weights of different factors are always subject to evolve over time based upon supply and demand dynamics.

How will rewards be claimed?

By the end of the day on March 1, the total number of rewards generated by your nodes will be visible on the nodes dashboard, along with a “Claim” link that takes you to the node rewards claiming page.

Any accrued rewards sit in an outstanding rewards pool owned by Presearch, but by clicking the “Claim Now” button you can take ownership of those rewards from the pool and have them immediately transferred to your Presearch savings account. Until a node operator clicks the “Claim Now” button, they do not take ownership or possession of rewards from the rewards pool, allowing the node operator flexibility (for accounting and tax purposes) of how both the timing and quantity of rewards transactions within their Presearch account.

Once rewards are claimed, they are immediately transferred to and available in the node operator’s Presearch savings account and can then be applied as an additional stake on nodes (further increasing the node rewards payouts) or as a stake for keyword advertising.

We’re beyond excited to share the new node rewards system with the community, and excited for the continued evolution of the Presearch nodes platform and upcoming releases. Stay tuned for one more exciting release announcement still coming this week!

Thanks again to all of the amazing Presearch node operators for your support in helping us develop and run the node platform that powers the new Presearch decentralized search engine!

Head to https://nodes.presearch.org to learn more and join our Nodes Telegram Community

For more information about Presearch, head to our Company Website 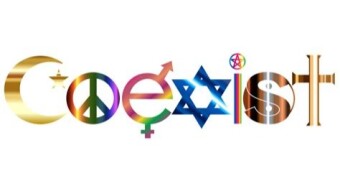 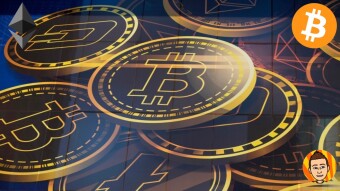