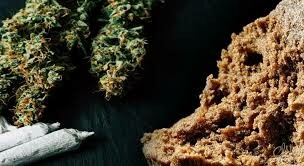 what are filtrates or vitreous and what does "puff" and "stickare" mean in jargon?

Over the years, European resin processing techniques have prevailed over the historic North Africans, significantly increasing the quality of hashish. The vitreous, glass hash, are a part of this evolution: the resin of the first beating, extracted from selected plants and dried in the dark and not on the roofs in the sun as has always been done in the Rif, is then filtered in nets with different microns .
The extraction and storage take place in a cold room. Before being stored, the resin is cold pressed and over time, with the heat effect of the environment, the external part oxidizes, giving the glass.

Being a resin of excellent quality yet not activated, or “alive”, it reacts quickly to heat and cold. Subjected to a mild heat such as that exerted by the pressure of the fingers, manipulating it for a few seconds, the live resin "sticka", from the English sticky, that is, stretches like chewing gum. In the cold it becomes very hard and for this reason many careless smokers do not let themselves be immediately convinced by the appearance, when instead they should because they are faced with a top shelf product that has not yet unleashed its full potential.

To change, use this potential one hundred percent, in terms of aroma and flavor, or expect natural over time, which can occur in 10 days or in a month - what depends on the stability of the resin - or induce it to change stage. faster by making it "snort". The onomatopoeic indicates the resin which, when subjected to light heat for a few hours, releases oil and consequently odor and taste.
To the touch it will no longer be sticky, but dusty, more flavorful and will tend to spoil sooner. For this reason it is always better to puff only a small part and keep the rest vacuum-packed in the freezer.

In the European market, one of the lesser known areas is the emerging market for cannabis concentrates. How are they made, what do they contain or how to use them for my condition?

In this article we will analyze different types of extracts and explain techniques, methods and their application for certain methods of use or for particular physical conditions. I am not a doctor so my advice is based solely on the testimonies of people I have personally dealt with.

Extraction techniques are used to separate the components of cannabis and remove them from the plant material. The different methods are capable of dividing the material of the cannabis plant into different parts, or extracts, which contain different chemicals. In the case of cannabis, extraction techniques are often used to isolate specific desired components, in fact the plant contains more than one hundred cannabinoids including cannabidiol (CBD) and tetrahydrocannabinol (THC). But a producer may also be interested in creating a single extract that includes many desirable components of cannabis; this is called a whole plant extract. In addition to the more well-known cannabinoids, scientists have identified more than 500 different chemicals in cannabis including terpenes, flavonoids, etc. Extraction techniques are also used to isolate individual substances of interest such as CBD, THC, CBG or terpenes and flavonoids.

Cannabis extracts are different depending on the method by which they are obtained. While concentrates such as hashish and kief are made with natural methods, the extracts are obtained through the use of solvents. In the extraction industry, the most popular types of solvents are butane (BHO), carbon dioxide (CO2), ethanol (ethyl alcohol) and propane; all options valid for cannabis extractions.

Cannabis concentrates, commonly known as cannabis extracts, are significantly more potent than regular weed buds. They have several medical applications which are proven to be effective for those patients suffering from different ailments. When made correctly, cannabis concentrates are reminiscent of the strain from which they were obtained; the aroma, flavor and effects are amplified and this is due to a higher percentage concentration by weight.

Kief is the simplest of the concentrates and is composed of trichomes (those crystalline resin glands that line the surface of the inflorescences) that detach from the dried plant material, usually using special sieves and a lot of hard work. Cannabis trichomes are protective structures that are produced by female plants during flowering, their intense bitter taste and strong aromas make the plant unpleasant for herbivores and are thought to inhibit the development of mold. When separated from the plant, kief has the appearance of a powder or pollen and, since the production of cannabinoids and terpenes is concentrated mainly in the trichomes, this powder can be used in various preparations to increase its potency.

Kief is generally considered a low quality concentrate, but some expert extractors manage to get an extremely clean and flavorful product using the dry sieve technique. The THC content can range from 20% to 60%. 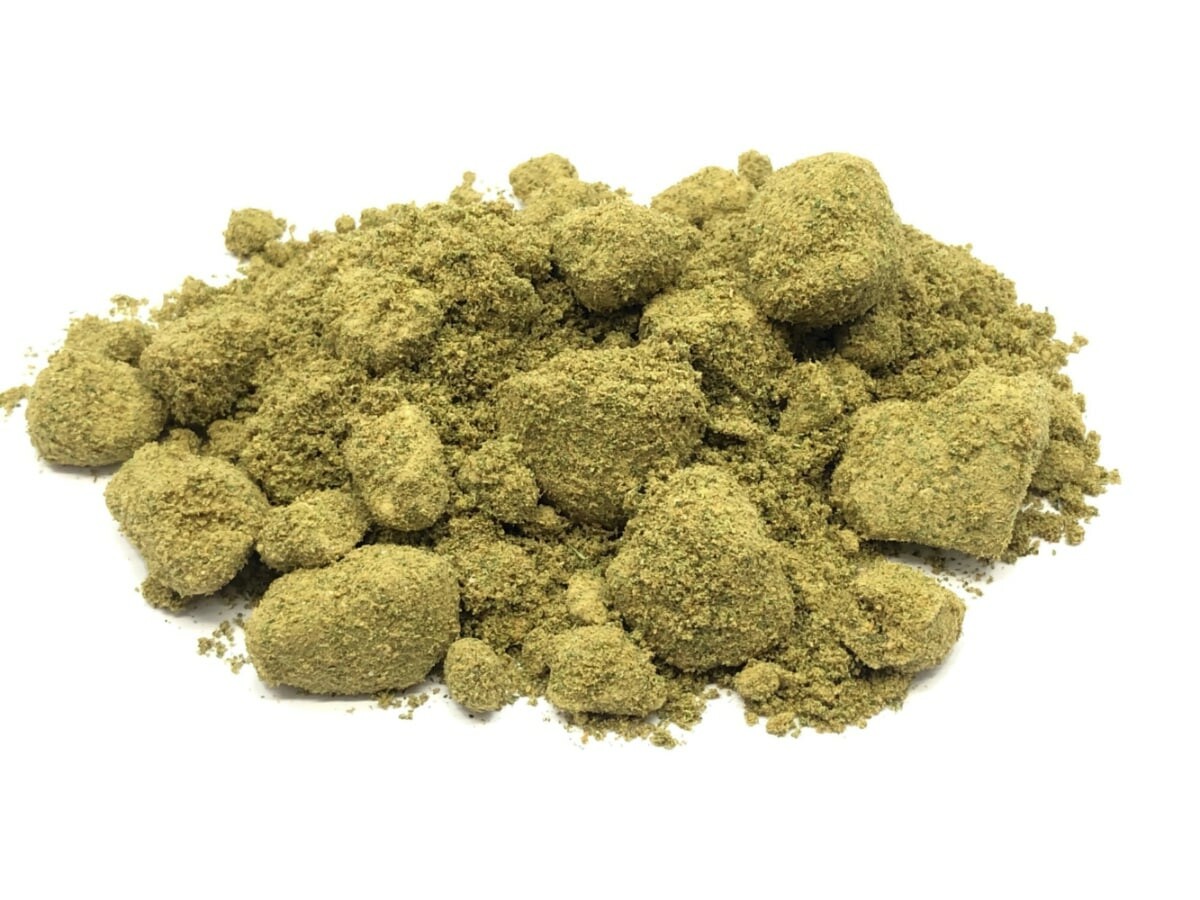 Dry sieve is a popular solvent-free type of hash, a refined version of kief. The plant material is passed through a series of fine mesh filters so that only the heads of the trichomes remain. Due to the simplicity of the process, dry sieve remains one of the easiest methods of making hash. All you need to produce hash with the dry sieve technique is some good fine mesh sieve to filter the plant matter, good starting material and some time available.

The level of quality is often determined by the amount of plant material and trichomes present in the final product. When done at the highest level this process only collects the largest and most perfect trichome heads, and no trichome stems or plant matter. The purest dry sieve melts completely when exposed to heat and is known as full-melt dry sieve hash. Concentrations of cannabinoids fluctuate between 35% and 60%. 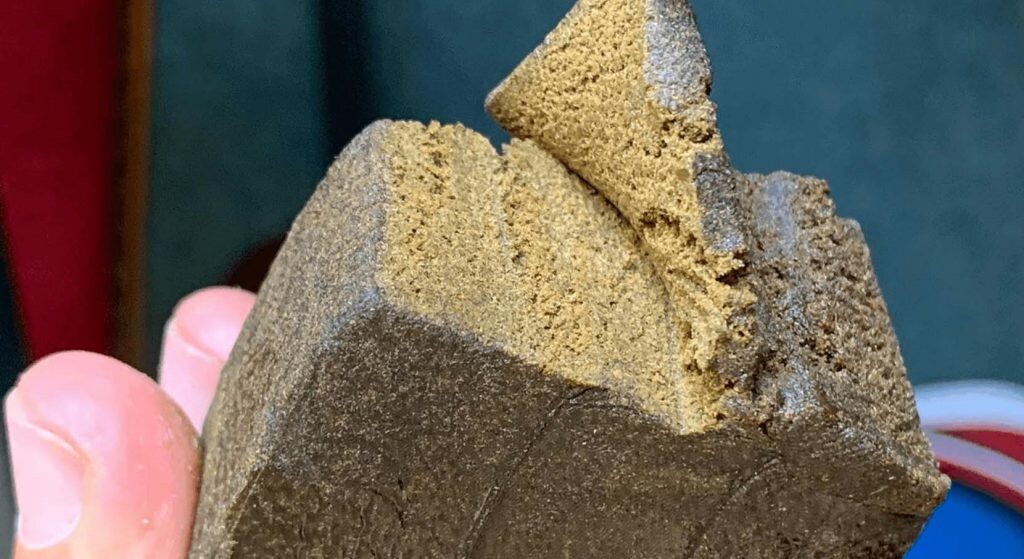 Recently and with good reason, rosin has gained a lot of popularity in the medical cannabis community. It is a solid form of resin that is obtained by applying pressure and heat, generally with a pneumatic heat press (or even a hair straightener when the batch is small), to vaporize the volatile liquid terpene components.

The rosin technique is fast, simple and accessible; allows anyone to create quality hash without solvent in a matter of seconds. To start making Rosin and obtain a quality final product, you don't need as many tools as you need for other extraction techniques, but only a few basic tools.

No solvent is needed to make rosin, which makes this method even more attractive. The resulting product is very similar to other extracts but in fact it is absolutely not, rosin is a concentrate. It is achieved by using heat and pressure in place of the aforementioned solvents. Since no solvents or expensive machinery are required, rosin is much cheaper to make. The process required to create this concentrate is also much less complicated than that of solvent extraction, so much so that it can even be done at home.

With the emergence of new methods, extracts are no longer just used for simple dabbing but for much more. They have become a tool for creating cannabis products, be they edible or topical products. The extracts are also proving to be valuable in scientific research and in that of medical cannabis. 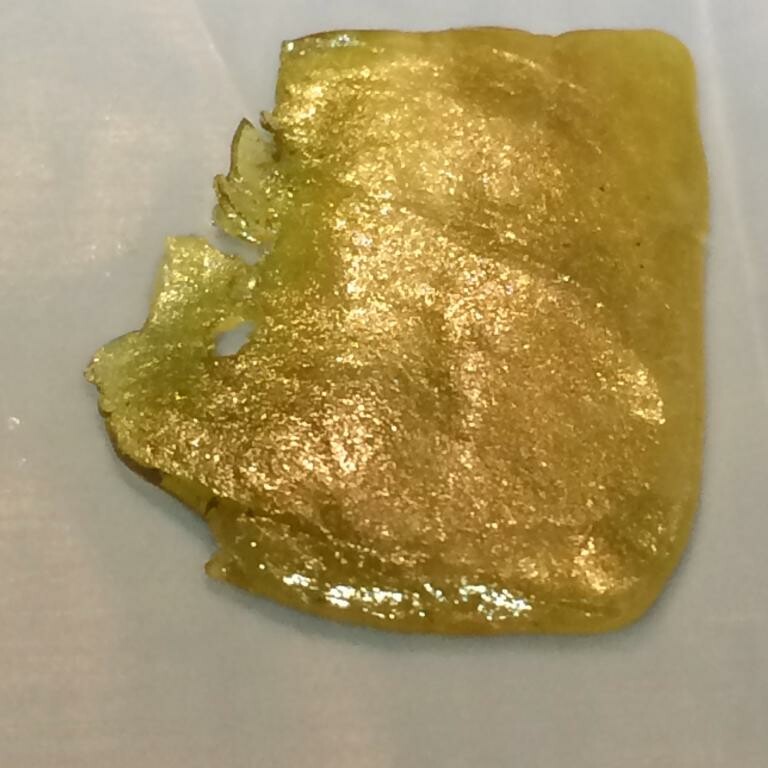