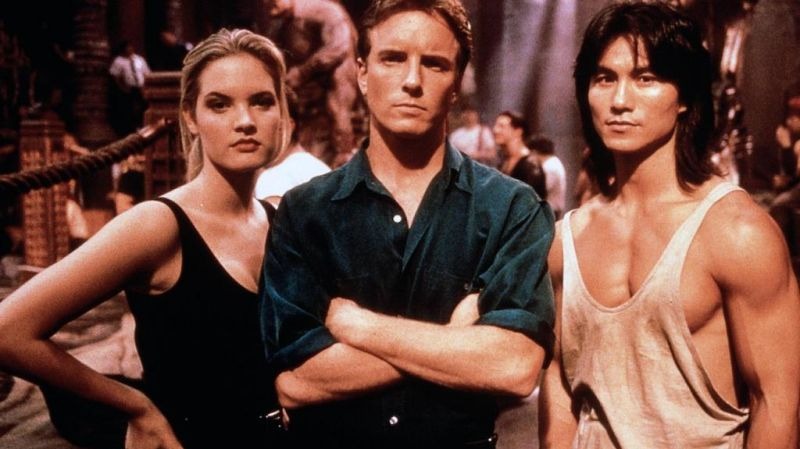 This is a tribute to Johnny Cage.

In the movie, he gets tricked into going on boat ride to this crazy tournament to prove himself. Finds himself stuck fighting for his life and that he might change the tournament and save the world. So knowing this and having to face his fear he straight challenges Goro and kills the shit out of him. Throws the dude off a cliff.

"This is where you fall down"

This changes the game allowing his friends to be safe. It also open Shang Tsung up to a right-firm-asswhoppin from Lui. So Shang Tsung gets scared and kidnaps Sonya Blade. He then makes her battle him for the world knowing she cant. So Johnny Cage bust in there like a god damn angel from the heavens with Liu Kang and saves her. He lets Liu Kang to do the rest while he leaves with the girl.. Also how bout them Ninjas? Fuck Yea.