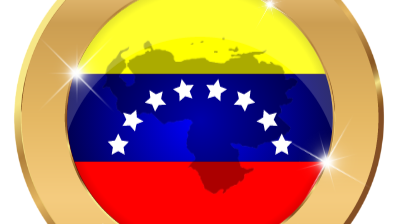 In a new paradigm of crypto-economics, the most important and critical function is the ability to store and exchange our digital assets in a secure manner. Centralized Money has been proven to be unreliable and insecure, often hacked or abused. I believe that in order to advance the mass adoption of crypto, a new architecture must be introduced to enable secure and direct peer-to-peer value exchange. The true philosophy of blockchain is to eliminate the need for a middleman and to enable transactions without having to place trust in Governments and third parties.

With globalization, new technologies are emerging in the environment in which we live, having an impact on society as a whole. Cryptocurrencies are a novelty that is inserted in the context of globalization.

But do you know the importance of the cryptocurrency like Libertad Venezolana for today's world?

There are several people who have not yet realized the importance of crypto-currency for the global financial market. However, a party has already realized or is realizing.
Crypto-coins represent a true revolution in the process of buying and selling products and/or services nowadays. With just a few clicks and reduced costs, you can get goods from distant countries, with reduced costs. And best of all, without all the bureaucracy that existed before.
This is not surprising, because due to the decentralization of the cryptocurrency, it has become a very competitive differential for many companies, especially those that operate in the international market.

Want to know more about the importance of cryptocurrency in today's world? So keep reading this post and understand more about what these crypto-coins are and why they are considered so important these days.

Personally, as a cryptocurrency enthusiast and adopter, I love participating in secure platforms and networks.
People will realize that cryptocurrency is not a “bubble”; instead, it is a channel for massive unmet demand for private, sound money.

I'm talking about the real strength of a coin, not a pump and dump scheme or a Copycat-Masternode-Shitcoin.

Since 2014, Venezuela has been wrestling with hyperinflation, resulting in its national currency, the bolivar, to lose all value or purchasing power. Ordinary Venezuelans need something to fill the void the bolivar has left, in order to be able to have any means of exchange. According to the International Accounting Standards Board, hyperinflation is a state in which the general population prefers to keep its wealth in non-monetary assets or in a relatively stable foreign currency, in this case, the U.S. dollar. .

Unfortunately, due to capital controls, Venezuelans were not allowed to obtain U.S. dollars or any other foreign currency, leaving them totally helpless as hyperinflation is bound to destroy Venezuela completely.

As the world and in particular Venezuela has embraced cryptocurrencies, our team has decided to create a much-needed medium of exchange for the poor people in Venezuela. Lacking all trust in their authoritarian government, they need to be able to have trust again in money and blockchain, in particular, is based upon this feature..

Libertad Venezolana will have 21.500.000 coins, almost similar to bitcoin, to allow people who already use Bitcoin to easily compare both currencies. We will, however, adopt extra features, like private sending and masternodes for better user experience and a safer network. Unlike some exotic cryptocurrencies, we decided to have a currency with a long lifespan and more traditional returns on investment. We will embark on a mission to be competitive next to other coins like Bitcoin, Dash, and zcash..

If you have been around the cryptocurrency industry long enough, you will probably have heard of Masternodes, I like projects where the creative team works And there is no doubt that the creative team is at iven.
Masternodes are essential for the running of some cryptocurrencies such as DASH. Users that host MN are rewarded for their work through the daily provision of freshly mined coins which have a value determined by the market.

The evolution of money as we know will change, and the evolution of every industry all the time is fast, this strongly implies that Cryptocurrencies projects, probably in many forms, will be in our future.
I have faith in masternode platform because they already have developed an actual working product.
with low fees, instant payments and the strength of a Masternode is the compound interests.

It’s the result of reinvesting interest, rather than paying it out, so that interest in the next period is then earned on the principal sum plus previously accumulated interest.

Masternodes provide the opportunity to invest in Cryptocurrencies with the added benefit of earning guaranteed extra coins in addition to gaining exposure to the large potential increases in value that can come within the Cryptosphere and owning cryptocurrencies.

These coins are awarded through running a node and as covered later in this article these rewards can also be used to generate rewards on top of your rewards. Great eh?
Also Masternodes provide:
Instant transactions - Instant Send on the network.
Private Transactions this implement the functionality to hide your identity when making transactions.
Protect the blockchain
AND MORE

Masternode holders are very important players in the Libertad Venezolana cryptosphere and are rewarded with 50% of the block rewards. The Masternode needs 65 confirmations. Because masternodes cost money and effort to host, they are paid a good share of the block reward to incentivize them. The amount of initial released Masternodes will be limited and sold in 3 rounds of pre-sale. To run a dedicated server there are many options: several websites like Vultr and DigitalOcean offer VPSes. Your dedicated address will come with the VPS/server.

Bitcoin's solution for scalability, the Lightning Network (LN), is growing rapidly. Bitcoin has entered the top 10 global payment networks with exploding adaptation levels and support from citizens from unbanked countries or countries suffering from hyperinflation. Even the relative rich western people have embraced cryptocurrencies. Bitcoin has proven to be a part of the solution in Venezuela, a country where the government-backed fiat currency no longer has a use case. Globally, the massive debt will continue on its rampage road, with governments printing ever more money to deliver on promised benefits like healthcare and pensions. We believe that the people of Venezuela deserve a cryptocurrency designed for them and created Libertad Venezolana.

People will realize that fiat currency is simply cryptocurrency running on a single node where one miner can arbitrarily issue new coins. The largest transfer of wealth in history will occur in slow motion, as the value of fiat currencies drop to zero.
Unable to inflate their currency at will, governments will be forced to rein in spending. This may produce chaotic results including riots, coups, protests, political upheaval, and even the redrawing of national borders.