“Fierce Rally”: Weiss Notes Are Bullish On Bitcoin, Price Will Reach $ 70,000 Next Year 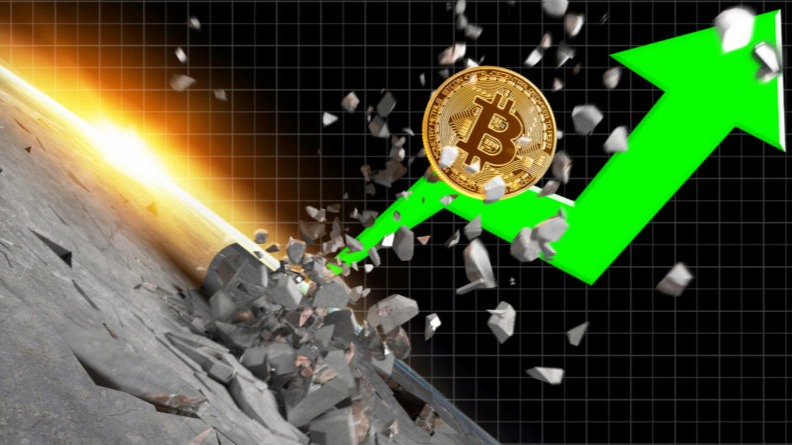 “Fierce Rally”: Weiss Notes Are Bullish On Bitcoin, Price Will Reach $ 70,000 Next Year

Weiss Ratings described the main reasons why investors should be optimistic about bitcoin , seeing a "fierce rally" with the price of the cryptocurrency expected to hit $ 70,000 next year. In addition, the Federal Reserve's massive monetary and institutional printing investments in cryptocurrencies add to the uptrend.

Why Weiss Ratings is bullish on Bitcoin

Weiss Ratings analysts Bruce Ng and Juan Villaverde, have explained last week why investors should be optimistic about bitcoin despite some lateral consolidations. Weiss Ratings currently ranks bitcoin first among all cryptocurrencies overall.

One of the top three reasons why analysts are optimistic about bitcoin comes from a price prediction based on stock-to-flow analysis (S2F). The popular model forecast "now indicates a fierce rally over the next 12 months," have -they wrote.

Ng and Villaverde has described as "S2F is based on the notion of common sense that the more a product is scarce, it becomes more valuable," adding that the scarcity is measured by the flow of supply. For example, gold has a S2F 62, which is "the number of years of current production needed to match global above-ground assets" have -they said.

After halving of Bitcoin in May, 6.25 new bitcoins are created every 10 minutes, which means "it would take about 56 years for a new draw match supply in circulation Bitcoin " have - they sued. “Notice how close it is to the S2F number for gold, which makes sense because bitcoin is quickly becoming a major rival to gold as a safe investment.” 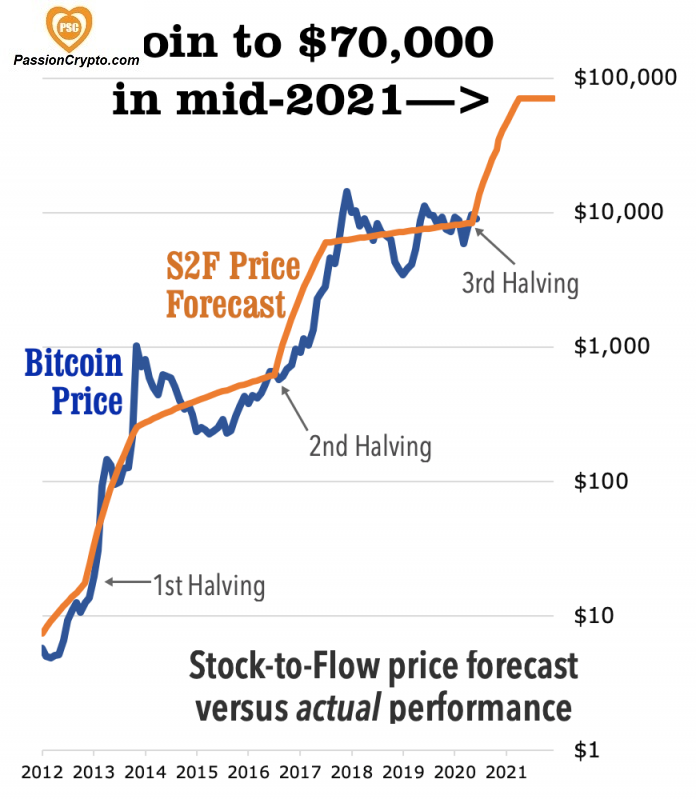 Analysts have said that "previous predictions S2F correspond quite well to the actual performance of the price bitcoin ," as shown in the graph above, explaining:

Now, based on the history of halving, S2F's current analysis indicates that bitcoin is expected to reach $ 70,000 by mid-2021 or so ... Even if it turns out that it isn’t is only half right, you can still triple your money.

The other two reasons why Weiss Ratings' analysts have pointed out were "QE infinity" and the institutional money flowing into the crypto-currencies. Pandemic environment Covid-19 prompted the Federal Reserve to print $ 2.9 trillion of new paper money in just 13 weeks, about 22 million per minute, have detailed the analysts. "Whatever the measure, this is bribery of money on an industrial scale", they exclaimed, predicting that investors would pour money into bitcoin and gold "as a safe haven when they lose confidence in paper money ”.

Billionaire investor Mike Novogratz also said that the impression by central banks of a record amount of money was the best environment for bitcoin .

The last major factor that Ng and Villaverde focused on was the growing interest in cryptocurrency among institutional investors, such as by Paul Tudor Jones who invested around $ 210 million of his own money in bitcoin . Grayscale Investments added bitcoin to its Grayscale Bitcoin Trust faster than the rate of new mined coins and recently, the venture capitalist Andreessen Horowitz has raised half a billion dollars to invest in crypto startups. Analysts believe:

The weight of institutional size money flows in a small market like bitcoin can have really explosive effects.