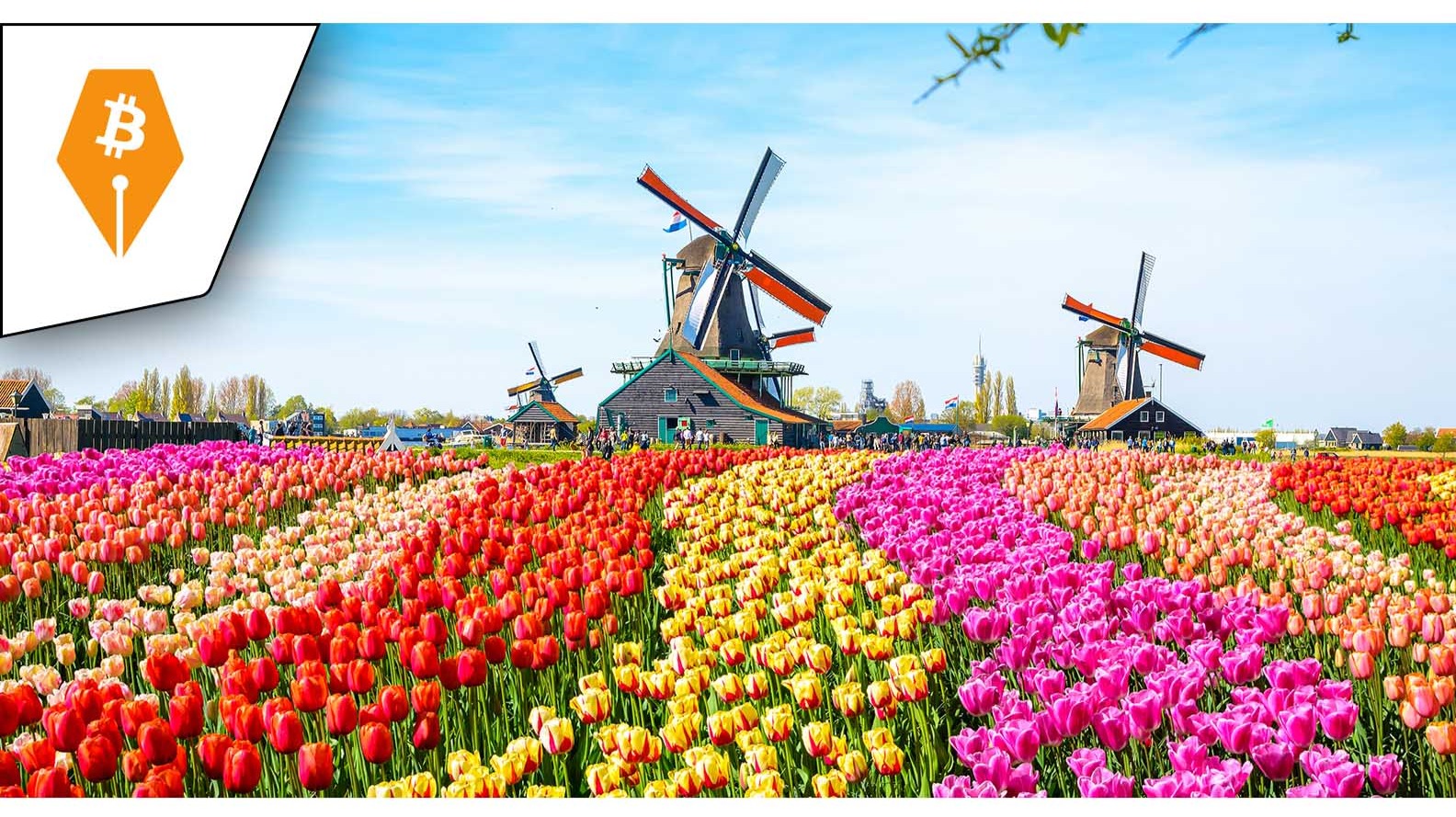 "When tulip mania dies down, all that remains are pretty flowers. When bubbles burst, nothing is left but soapy residue.” - Adam Cohen

The gardeners love daffodils as they are the ‘repeaters’. They always return yearly with more bloom and bright yellow vigour. But the ‘tulips’, which come in a rainbow of colours, are different and they are regarded as a horticultural puzzle. It is easy to grow tulips in the garden. A bulb planted in fall becomes a fully grown plant in spring with cheerful, colourful flowers and the gardener gets the most lavish reward. The neighbours become envious. The tulips are perennial flowers i.e., they are expected to return and bloom every year but that does not happen generally. It is really difficult to make the tulips perform in the second and third year. Why am I talking about the tulips? Tulips also created the first major financial bubble in history. 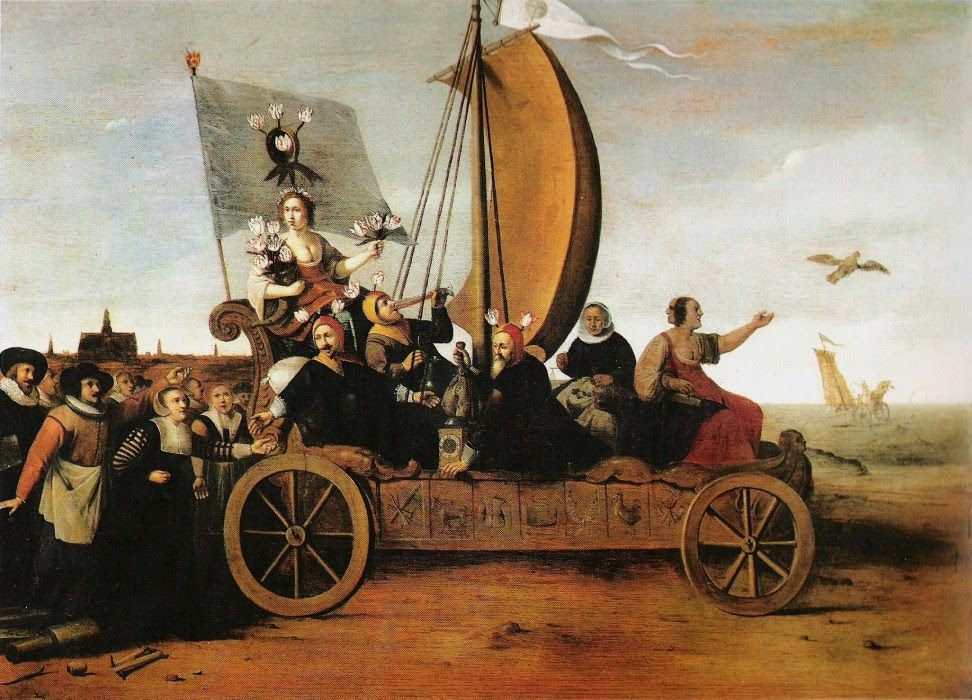 The Dutch tulip bulb market bubble, also known as ‘tulipmania’ was the first major financial bubble, which took place in 17th-century Holland. The tulips first arrived in Western Europe in the late 1500s after being imported from Turkey and those were recognised as a luxury garden item. Very quickly the tulips became a status symbol in Holland but those were scarce and very fragile. In the early 1600s, the local cultivators started to grow the tulips professionally and it became a flourishing business due to the high demand. The Dutch people came to know that the seeds from a tulip would form a flowering bulb after 7–12 years but a bulb could flower the very next year. After growth of the flower, the original bulb would disappear and a clone bulb would take its place. These bulbs could become flowering bulbs within a few years if properly cultivated. ‘Broken bulbs’ were a multi-coloured type of tulip which evolved from a mosaic virus strain. The ‘broken bulbs’ were considered a bit rare and drove the market price high. The whole population of Holland got involved in Tulip trade and the speculation went really high. Regular tulip trade marts for sale were established on the Stock Exchange of Amsterdam. In 1636, the people of Holland were spending more than one year’s salary to buy rare tulip bulbs with the hope of selling them for astronomical profit. People also began to buy the tulips by taking leverage and used margined derivative contracts to buy more beyond their affordability. Maximum purchases were credit-based and the tulip bubble burst suddenly in 1637. It created a havoc economic crisis in the country and gave a cultural shock to the nation by destroying the credit line. 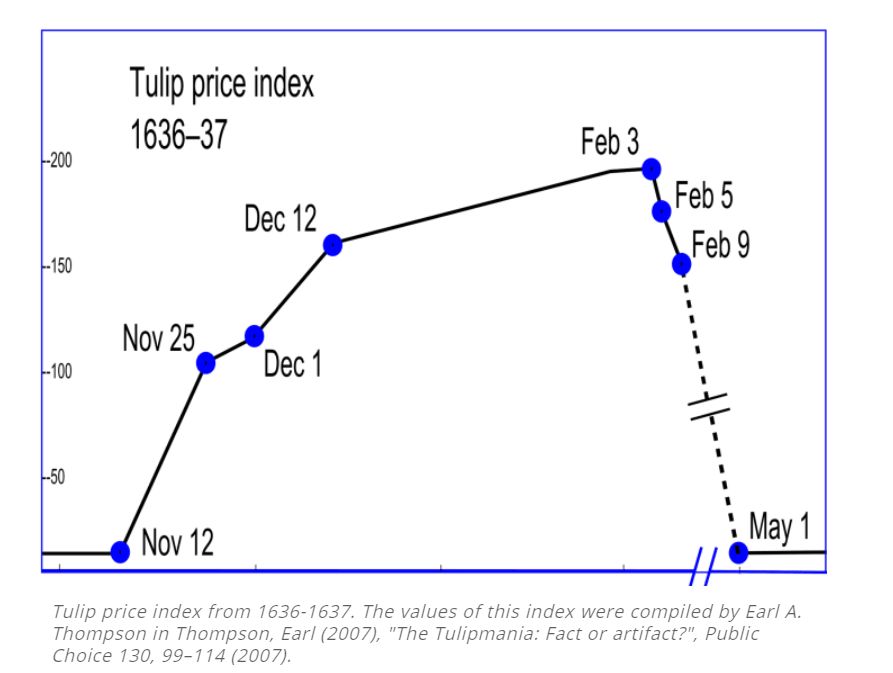 ‘Tulipmania’ is cited as an example of extreme greed and uncontrolled speculation. What goes up abnormally must go down. Chasing price is like chasing an untamed horse in the jungle. Tulip bubble is a financial fable and often speculative assets are referred to as tulips. Bitcoin has been compared to the tulips many times. Economist Hyman P. Minsky described five stages of a credit cycle – displacement, boom, euphoria, profit-taking, panic. These stages also form the basic pattern of a bubble. The displacement stage occurs when a new paradigm appears. In the boom phase, the price momentum increases slowly and then more investors put their money. In the euphoria stage, we see skyrocketing price and the valuation is driven by the ‘greater fool’ theory. In the profit-taking stage, the bubble reaches the bursting stage almost and gives warning signals but survives irrationally. In the panic stage, a minor event leads to the bubble burst and it does not reappear.

Bitcoin was born amidst the financial crisis of 2008. The pseudonymous creator Satoshi Nakamoto published the whitepaper of Bitcoin and it instantly became a financial revolution. Since then, Bitcoin has travelled an epic path. In 2013, the price of Bitcoin surpassed $1000 for the first time. The price of Bitcoin reached nearly $20,000 during the 2017 bull market and then crashed. On Crypto Black Thursday of 2020, Bitcoin dropped more than 50% in its biggest single-day plunge since 2013. The following weeks saw Bitcoin rebound from its $3800 low. There was no looking back after that and Bitcoin established itself as the best performing asset class of 2020. In 2021, Bitcoin again created new ATHs. The corporate buying of Bitcoin was a major driver behind the price appreciation. Tesla has literally created history by converting approximately 15% of its cash reserve of balance sheet into Bitcoin very recently. The journey of Bitcoin was full of numerous criticisms. It was called ‘ponzi’, ‘fraud’ and ‘punt’. The obituary of Bitcoin was written by the traditional media and mainstream economists many times. 99Bitcoins is a site which tracks Bitcoin’s obituary statistics. As per the site, Bitcoin was declared dead 397 times till Jan’21. Can a bubble last so long? Not really! The fear from the past has vanished and even the governments across the globe have taken a neutral stand against Bitcoin. Bitcoin is thermodynamically stable programmed money. The tulip analogy seems to be dull as the peer-to-peer money was created with a purpose to address the limitation of fiat money and create a ‘gold standard’ scarcity model. Bitcoin is not only an investment tool but also a way towards financial inclusion. 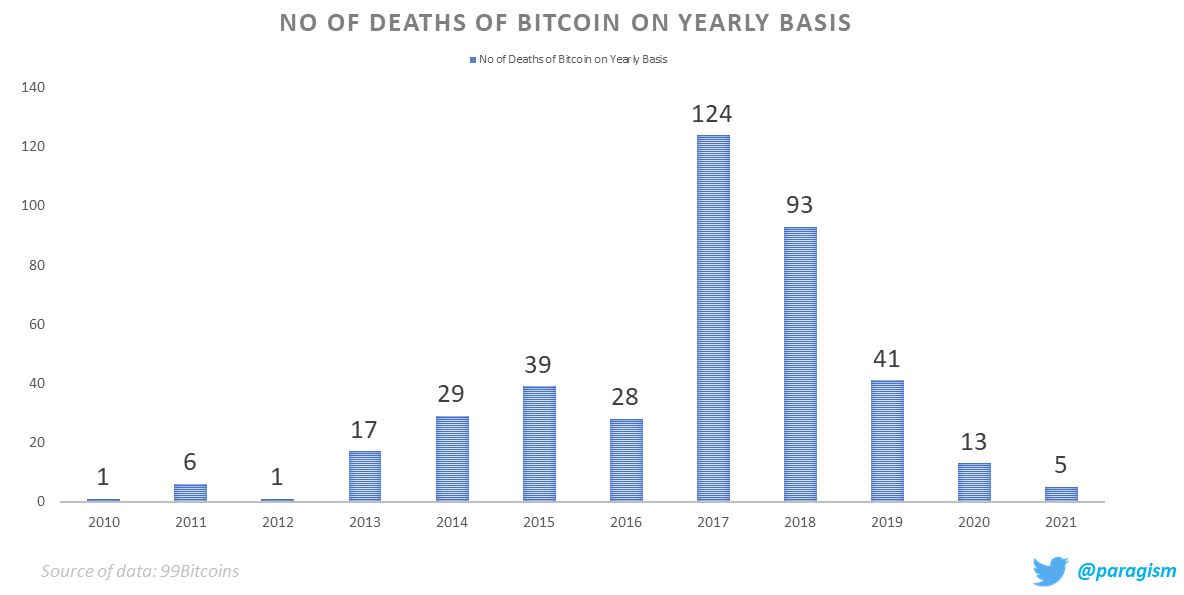 “Tulips are not durable, not scarce, not programmable, not fungible, not verifiable, not divisible, and hard to transfer. But tell me more about your analogy...” - Naval Ravikant

Bitcoin is the inspiration for the thriving crypto industry and it is being traded actively with high volume. Institutional interest in Bitcoin is a new phenomenon now. Yes, people are still investing to earn high profit but they are also using Bitcoin to participate financially. Ethereum wrapped Bitcoin is the number one asset of decentralized finance or DeFi which enables lending and borrowing activity without the intervention of any third party. The technology behind Bitcoin is really pathbreaking and it arrived after two decades of extensive research by various developers. Technology is always unstoppable. When it finds a barrier, it evolves. The network effect of Bitcoin is multi-faceted as it involves the consumers, merchants, miners, developers and entrepreneurs who build products or service ideas on top of Bitcoin. The issues regarding scalability, speed of Bitcoin can be solved by various blockchain technologies and these are already happening in different forms. Bitcoin is on the way to become Satoshi's vision of being the day-to-day money in the Internet era.