CBDC for financial inclusion is not a distant thought 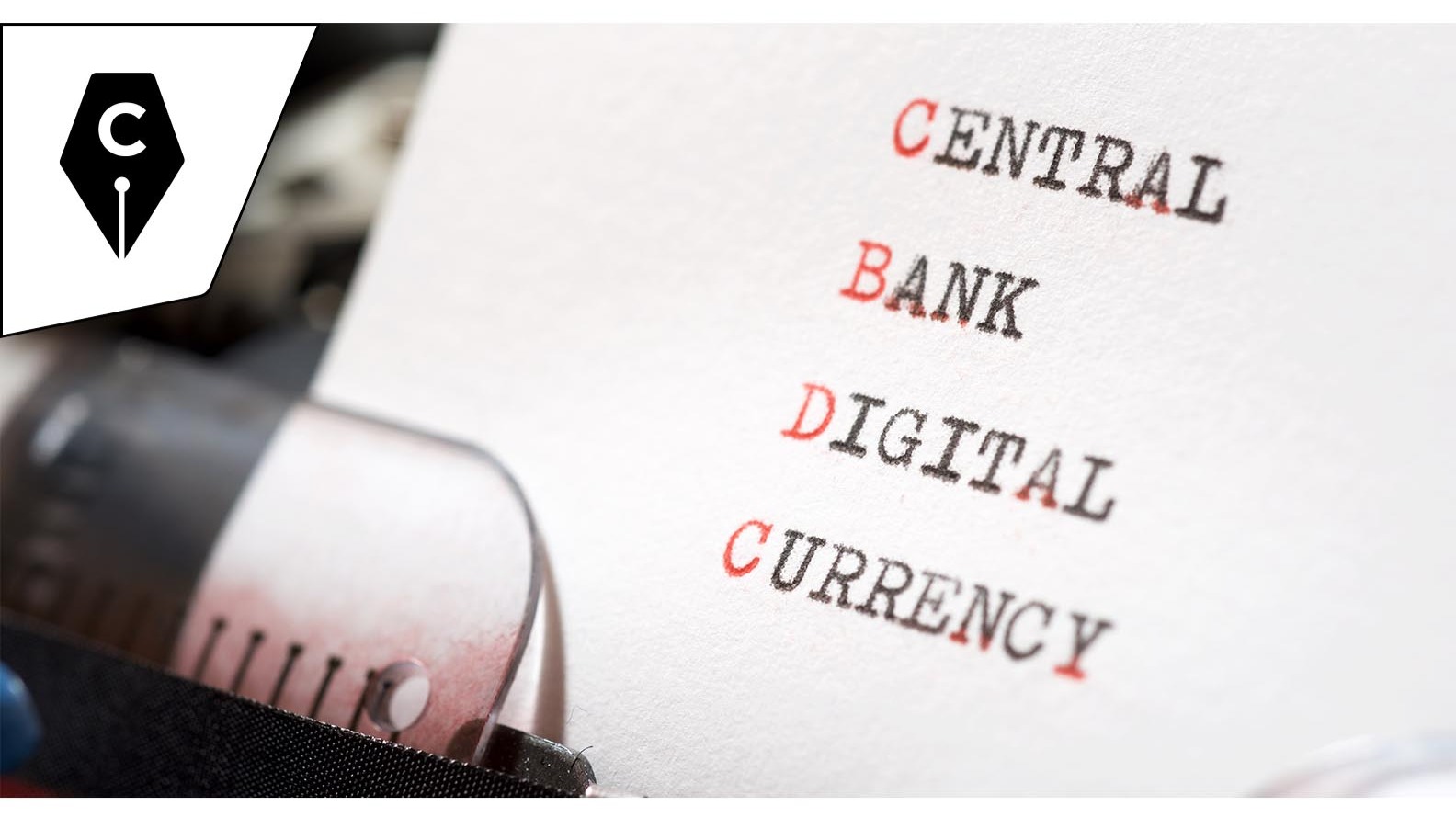 CBDC for financial inclusion is not a distant thought

CBDC or ‘central bank digital currency’ is a buzzword today. It is a new type of currency that central banks around the world are experimenting with. To simplify the term, we can call it a digital form of fiat currency with some differences. The concept of CBDC is still hypothetical but more than 80% of central banks are studying the scope of CBDC. The interest in CBDC arose from the economic crisis of 2008, the appearance of the cryptocurrencies and the reduced role of physical cash in the economy. It is important to note that CBDC is fundamentally different from the electronic cash held at the banks or wallets like Paypal. Electronic cash is a representative form of physical money only but CBDC aims to replace physical money.

Google Trend Analysis for the keyword ‘CBDC’ worldwide for the last 12 months. Numbers represent search interest relative to the highest point on the chart for the given region and time. A value of 100 is the peak popularity for the term. A value of 50 means that the term is half as popular. A score of 0 means there was not enough data for this term. 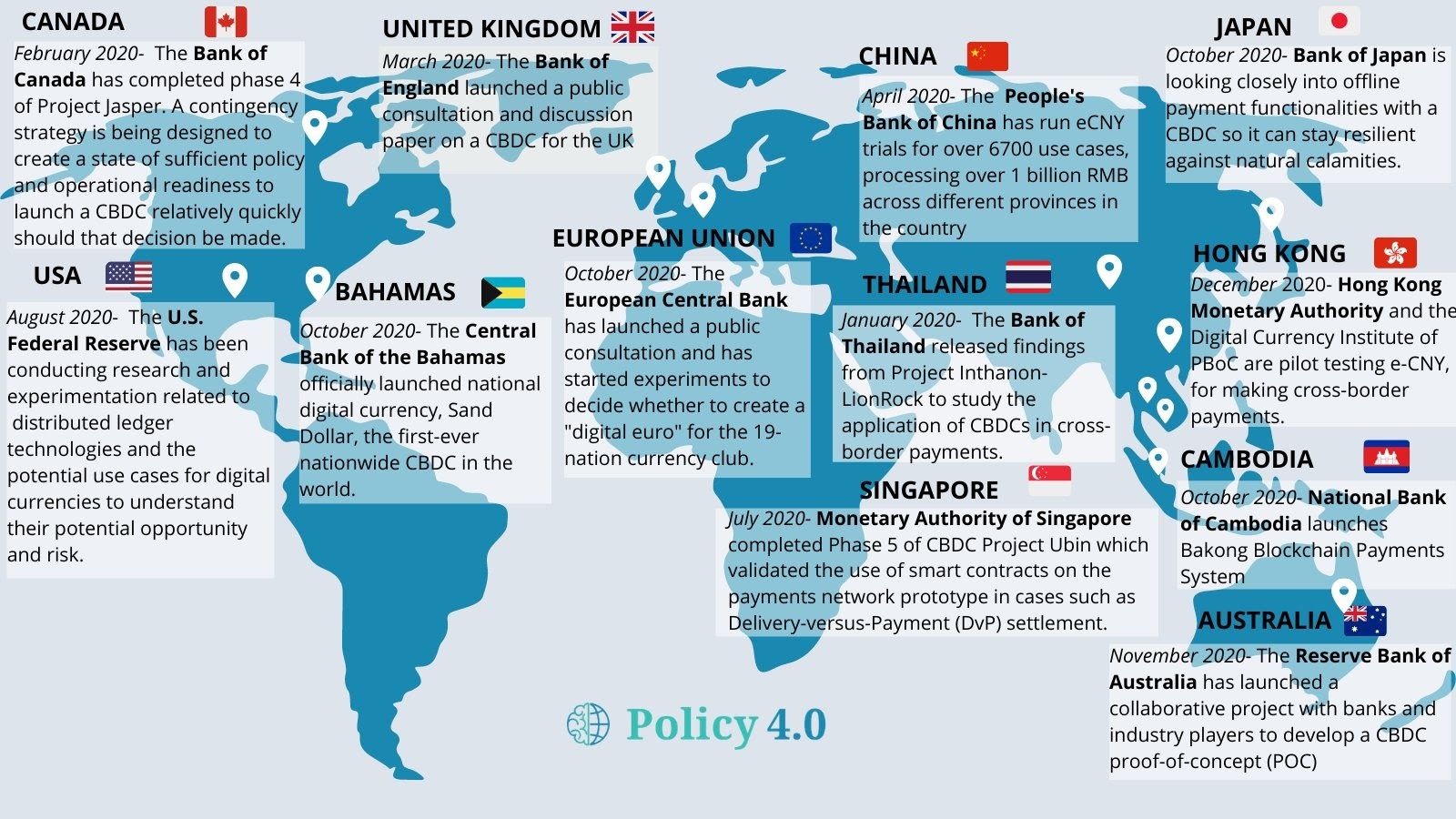 Satoshi created Bitcoin due to his distrust towards the central banks. Bitcoin’s success was really amazing and it inspired a huge number of similar cryptocurrency projects. It was obvious that the central banks around the globe noted the success of such cryptocurrencies but Facebook’s 2019 announcement of digital currency ‘Libra’ (now renamed as ‘Diem’) changed the game. Facebook is really a powerful social media and a currency launched by them has the potential to challenge the government control of money. Libra frightened the central banks. It is undeniable that the international money remittance process has serious gaps and a low-cost easy process is the need of the hour. Libra can immediately feel the void and become successful due to the wide acceptance of Facebook.

People's Bank of China has been working on a similar concept for a long time. Some months back, screenshots of an online wallet used in testing China’s CBDC appeared over the internet and it went viral. China may be the first country to launch CBDC. Mark Zuckerberg (CEO of Facebook) countered his case for Libra before the United States House of Representative Committee on Financial Services by stating that. “.. But I also hope we can talk about the risks of not innovating. While we debate these issues, the rest of the world isn’t waiting. China is moving quickly to launch similar ideas in the coming months. Libra will be backed mostly by dollars and I believe it will extend America’s financial leadership as well as our democratic values and oversight around the world. If America doesn’t innovate, our financial leadership is not guaranteed.” You can read the complete hearing here.

CBDC conceptually leads to disintermediation of banks. The present bank business model does not seem to be very sustainable in the CBDC environment as a peer-to-peer payment system does not require a bank. Most probably commercial and retail banking will have to evolve in such a scenario. If CBDC comes, it will come with some inherent risks too. One big risk is the economic disruption with untested benefits. What is right in a developed nation, may not be right in a developing nation.

Libra has not been launched yet due to the regulatory obstacles and may not see the light of the day very soon but the idea of a global payment system has enough takers. People really pay a high cost for sending and receiving money across the countries. There is no digital innovation to provide financial inclusion across the nations. The unbanked population of many countries are seriously alarming. A digital gateway can really be bliss to the people for whom the world is financially shut down. The pandemic related decline of cash usage and the requirement to distribute government aid to the unbanked population has created urgency for CBDC. Yes, it is true that CBDC may or not be blockchain-based but only blockchain technology can provide the desired effect. Ukraine has tapped Stellar to form their CBDC framework and many countries are reportedly experimenting with other blockchains. The experiments must go on. CBDC of different nations must be interoperable and interoperability can arrive through blockchain technology easily. Without achieving interoperability, CBDC will only create isolated islands. We need bridges for direct exchange of CBDCs. The country-specific walled financial garden structure is an impediment to economic progress and only the abolishment of it will pave the path for true financial inclusion.

Note: The cover image source is here. The images (if not cited) are created by the author using free vectors.