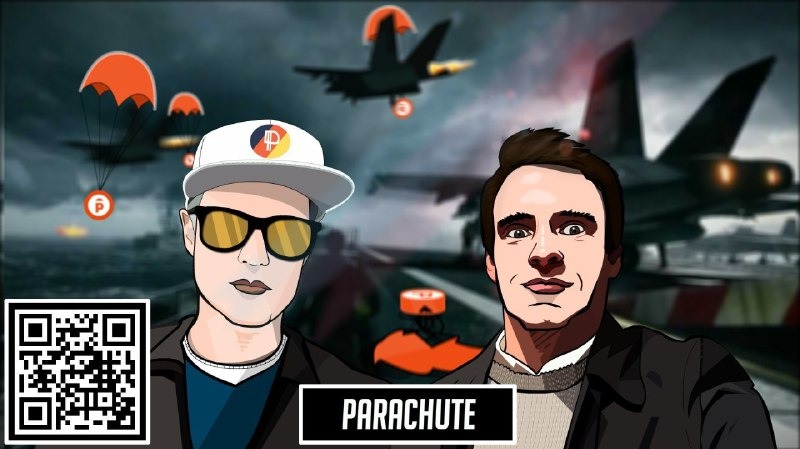 Firstly, Happy New Year from all of us here at Parachute. We started off the week with a new entrant to ParJar - $COTI. Welcome to the fam! This week’s movie trivia in TTR saw 25k $PAR in prizes given out. Woot! Congratulations to Donna for winning this week’s Parena. Belated birthday wishes to Tony. Doc Vic (from Cuba) launched the craziest guerrilla marketing campaign yet to get the word on $PAR out to all corners of the world: #PARaroundworld. If you want to print it as stickers, click here. The first posters are starting to show up around the globe. Freaking hilarious stuff Sebastian! Guerrilla marketing at its best. Carlos joined in the fun too. The winners of #PFFL were announced. Congratulations to Clinton, Hang and Andy for winning the thing and for bagging a boatload of $PAR. As always, Charlotte’s trivia in TTR this week was a ton of fun! LordHades, NovelCloud and Alexis are still ruling the #FPL charts. But the others are starting to close in with all top 10 participants hacing 1000+ points now. For this week's #wholesomewed, Jason wants "you to pick a random person and pair off. Ask each other questions and such. Then I want you to present the other person. Like a sales pitch about why they are a good person." Also, check out this cool ENJ collectible that was auctioned off to Richi for 106k $PAR in TTR: 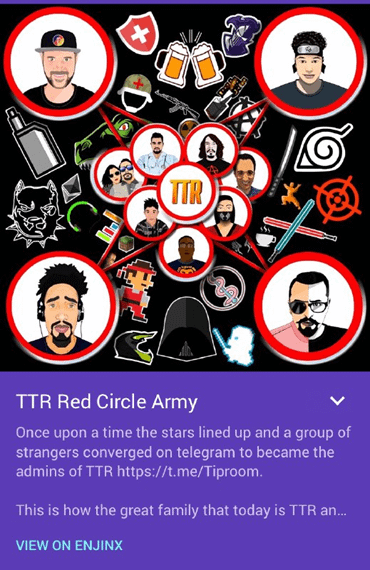 In aXpire news, the weekly 20k $AXPR burn went ahead as per schedule. In this week’s #XIOSocial discussions, Citizens talked about success metrics and reward schedules. Nearly 1M $XIO tokens are now locked up in the XLP on Uniswap. The crew shared a sneak peek of an XIO pitch deck (which may or may not be under development. Haha). And as a New Year surprise, XIO hosted a snapshot bonus for Citizens. ETHOS’ Voyager token ($VGX) is planned for even more use-cases than it has currently. Click here to learn more. Fantom’s Opera Mainnet was released this week. Like XAR Network, it uses Lachesis consensus. A guide for staking and delegating $FTM on Opera was published as well. A simpler way to stake on the Opera mainnet is through MyEtherWallet. Check out the guide here. CMO Michael Chen’s video walkthrough breaks it down into easier steps. Almost 18% of all $FTM is now staked to secure the network as per Staking Rewards where $FTM was recently added. Fantom announced a partnership with blockchain-based verification company V-ID to work on several government projects in 2020. If you’ve missed out on $FTM news from the last 2 weeks, the community mailer should be helpful. For folks trying to make sense of the Lachesis code, here’s a detailed rundown. Uptrennd’s latest feature is an activity slider that encourages engagement. The more time you spend on the platform, the more daily activity bonus points. To mark the occasion, the crew did a 10k $1UP giveaway. Luke hosted another 20k $1UP giveaway as well. Sweet! Uptrennd reviews are back! The team did a community survey to select the next project for a free detailed review by Altcoin Buzz. Click here for pics from their Nigeria meetup. So cool! District0x’s weekly recap can be seen here. Plus, as the year came to a close, a detailed quarterly performance report was published too. Hydrogen’s year-in-review reports for the company, Atom and Molecule are extensive and perfect ways to catch up for anyone who hasn’t been keeping track. Also, the recap video by Mike and Mark does a nice summary of the year that was at Hydro. The first $DYT raffle happened this week. 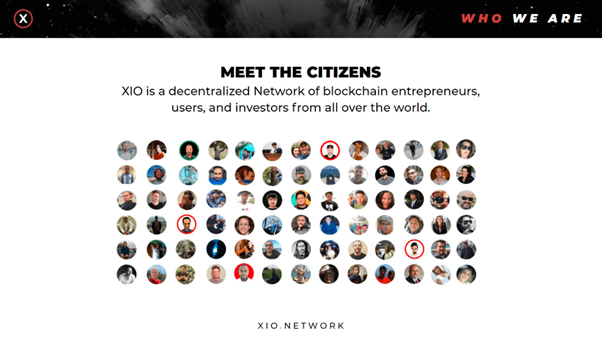 XIO Citizens page from their pitch deck which they “may or may not be working on”. Haha

How does the Identity System work on Sentivate’s Universal Web, you ask? Click here for an answer. Pynk gives out shares in its Pynk trading vehicle every quarter to Pynksters. They paid out the latest tranche this week. CEO Seth Ward published a 2020 roadmap. CyberFM hosted a fun contest to mark the start of the new year. 20M $CYFM given away! OST Founder Jason Goldberg’s op-ed on DApps gaining mainstream adoption in 2020 came out. And congratulations on the "flipping"! OST’s L2 apps now have more token holders than the L1 $OST token holders. SelfKey shared a blog post on how mobile banking matches up to traditional banking. Their next update will include features such as incorporations marketplace and corporate wallet. The Mycro Hunter App is due for a release soon. Yazom’s annual review report is a comprehensive summary of all that’s been happening in the Project through 2019. We had shared that Harmony’s $ONE token was listed on IncognitoChain a few weeks back. This week, they announced listing of 3 trading pairs of $ONE on their privacy Dex. Plus, year-end networking with partners from Singapore. Harmony fans were treated to a giveaway to mark the new year. Click here to read Intellishare’s December update. Jobchain’s $JOB token was added to Atomic Swap wallet, WeShopWithCrypto marketplace and LiveCoinWatch tracker this week. It also got listed on the following exchanges: Speza, DEXTrade and Probit. GET Protocol published a highly detailed yearly roundup and future roadmap article which included sections on business development, marketing, CEO’s thoughts, development update and tokenomics. Global Crypto Alliance’s $CALL token was listed on Lukki and McAfeeDex. The project was also reviewed by YouTuber CryptoHubb. COTI published their 2019 review report covering tech updates, partnerships and other news from the COTIverse. The first decentralised mainnet and community nodes went live this week as well.

P.S. The cover pic for this article is the #PARaroundworld sticker. Print it, post it in your surroundings and help spread the word.