Hiya folks! Continuing with the rapid catch up of the weekly updates at Parachute + partner world. Your week at Parachute (7 Jun - 13 Jun'19):

The revamped Parachute website was released this week. In Cap’s words, the new page “focuses on what Parachute is and how PAR fits into the Parachute universe…using it as fuel for certain transaction types and features within the app…it being something people can still earn as their first crypto and use it with friends…”. PAR got added to the ETHOS Universal Wallet. Woot! Katha reigned supreme in this week’s Parena to lay claim to 50k PAR. Gian started hosting the immensely popular Two-for-Tuesday event in Parachute from this week onwards. This week’s theme: one hit wonders. Tony continues to be in the lead in the Big Chilli Race with BlackBullShark and Sebastian jointly in the second position this week. 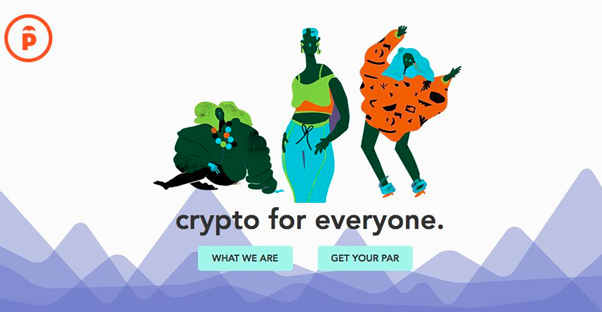 Trading gurus, check out this article on how to use Bollinger Band strategies to trade on the Cryzen Code Studio. The Wanchain mainnet contracts for the WandX Dex and Basket protocol were deployed this week. The roadmap over the next 2 and 6 month period was also released. Horizon State was nominated to the final stage of the Wellington Gold awards for helping evolve the city’s economy. Good Luck! If you’re doing bounties on Bounty0x, don’t forget to read the latest distribution report. Bounty0x was also added to the Dorothy dApp platform this week. Birdchain shared an early sneak peak of what’s in store along with a performance report. aXpire’s weekly update covers news from all of its products – CoinBX (Digital Shares domain registered, waitlist started), Resolvr (second phase of tech development underway), MatchBX (revamp under progress), PayBX (expected release in 3 months; in last leg of development). After the results of the Blockport STO, the team had to resize and adjust the pace of development. Check out the latest update from the project by clicking here. The team continues to look for a suitable partner/investor and has made steady progress in Blockport Pro. 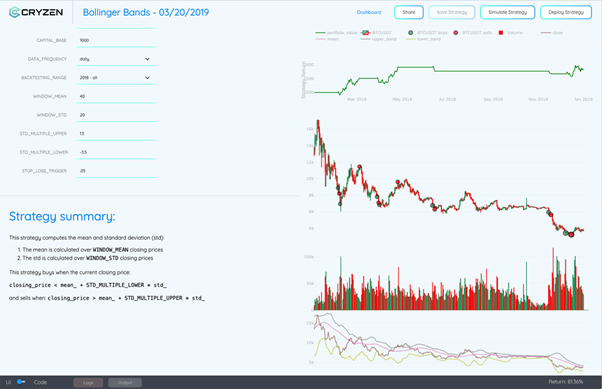 A Bollinger Band Strategy seems to work best with Stops

It finally happened! Fantom became the first project to get listed on Binance after a Binance Dex listing. Well deserved indeed. Binance does deep dive research of all projects before listing them. They released their research report on Fantom. The report will give an idea to Binance-aspirants as to what goes on behind the scenes when a project is evaluated for listing. Crypto Briefing and Nik Patel (from Altcoin Trader’s Blog) released their studies on Fantom as well. FTM was also listed on CoinSpot this week. In its third week, the Fantom Archive series saw the publication of a simple voting contract code and a consensus mechanism for consortium blockchains (Sounds super technical. I know :p). District0x published a quarterly performance report as part of its transparency initiative. ETHOS got listed on SwitchDex this week while Cardano was added to the Ethos UW with the 1.9 update (which also includes the PAR listing as mentioned earlier).

Opacity announced a partnership with FLO Blockchain this week to work on privacy-centric communication applications. They also started a promotion program so that members from both communities could experience each other’s platforms. HYDRO was nominated as a finalist in the WealthManagement.com 2019 Industry Awards in the blockchain/crypto category. The awards function will be in September. Best Wishes! The Hydrogen Atom platform was added to the Oracle Cloud Marketplace this week. Atom provides multiple APIs for various FinTech solutions. One of its APIs, Nucleus, was also upgraded a few days later. Read about the latest update in WednesdoayClub here. It allows you to look at posts in the dApp without having to connect a wallet. This week’s Parachute + Uptrennd brainstorm session delved into the one coin vs many coins debate. Remember, Lamden had won the community vote for a detailed project review few weeks back? Well, here’s the review. Enjoy!

The BOMB community started voting for a stablecoin trading pair for DDEX this week. Turns out the jury was split 50:50 between DAI and USDC. The team also put out a timely reminder to keep speculative behaviour in check. A ton of crypto influencers covered BOMB in their videos this week – Crypt0, Stokesy & Stoner Crypto Show, Crypto Zombie, MrSotko CryptoCurrency, Blockchained and Lawless Trading. Co-creator of the Occupy Wall Street movement, Micah White, has been a long time BOMB supporter. Here’s Micah’s thoughts on the recent market action. The founder’s fund and community fund of 100k BOMBs each were moved to a safe storage this week resulting in 2k BOMB tokens being burned – the BOMBening. The team also announced a 1000 BOMB giveaway contest to make informative videos on the project. Interested in discussing BOMB tokenomics? There’s a Telegram channel now specifically for this.

And with that we close for this week at Parachute. See you tomorrow with another update. Cheerio!