If you thought last week was super busy at Parachute, you ain't seen nothin' yet. Hold onto your pants. This is going to be the longest weekly update. Yet. Here we go!

Cryzen launched its AI-driven algorithmic trading platform at the ETC Labs HQ on 31st Jan. The hype is real! Fans of crypto trading, you can sign up for the Free Plan or the Starter Plan (1 month free) from https://cryzen.com/plans to see the algos in action. Hit up one of the Super Six (Tony, Nathan, Andy, Orji, Skysovs or yours truly) for a sign up promo code to get cool discounts if you plan to upgrade to a paid plan later. Even if you don't want to live test algos, backtest your way to glory!

The games master is at it again. There were so many games that I lost count. Kay won the 2gether Financial Fridays game yet again. This time with 13% portfolio gains. Alexis won the WednesdayCoin game by mastering the art of Delivery Rush. Giancarlo's Two-for-Tuesday was a major hit with some cool songs being posted. The theme was the band or the song has to be a place. Tony Stark erm... Tony's Stork beat Loye's Chicken to win this week's Parena. Remember, all of them are weekly recurring games. Don't forget to get in on the fun next week!

On top of all this, we are doing Super Bowl squares! Only 5 squares remain out of a total 100. Ping Chris on Parachute or ParJar to buy a square for 10k PAR. 1M PAR in prizes to be won!

[In a moment of pure magic, Wil and Jody discover ParJar!]

Wait, there's more! Do you play DOTA? Tony's calling on the DOTA overlords to build kicka$$ teams for a tournament in early April. Parachute's going to be a big part of it. There's 1.15M PAR and 1k AXPR at stake muh boys and girls! If you want in, send Tony a message on Parachute, tag him, DM him. Do whatever it takes to get in! And while you're at it, don't forget to wish him luck on his masters. And did you know that he also got us listed on Coingecko? It's a coin/token info aggregator. Much like Coinmarketcap. This is what happens when an unstoppable force meets an immovable object. It gets sh*t done. I am officially launching #Tony2020!

And here's some more examples of Parachuters being absolute rockstars this week. Eric wrote an article on ParJar tipping, Randy made a Parachute marble card, Tony (again!) and Andy got a Parachute blog added to publish0x, Nagani community presented about Parachute at Bar Camp Yangon 2019. Whew! 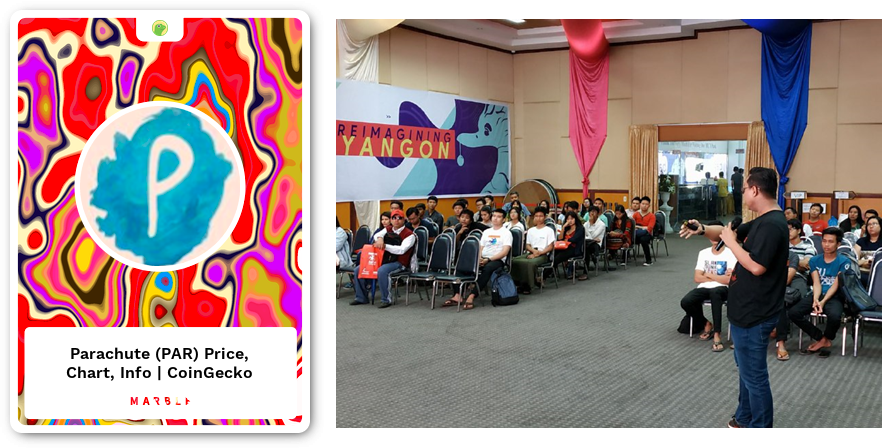 Like clockwork, aXpire crew have been pounding away at the biz-development front. They recently hosted a beach reception party for hedge funds at Miami. Ya know the kind of shindig where sharks make a rare appearance. Yup. That kind. John Fenton, VP at Keyrock, joined as a Blockchain Advisor to the aXpire advisory panel which is already brimming with luminaries. Plus, AXPR got listed on Coinexchange with both ETH and BTC pairings. And this is how every week is at aXpire!

Our friends at Wysker have been pushing out updates to the app recently that make the browsing experience more intuitive. Check out the latest version from the PlayStore or App Store. The dev team at WandX just finished their final testing on both the AION and the Wanchain DEXs in preparation of going live with the AION and Wanchain DEX. Also, they got listed as one of the 11 interesting blockchain startups of India in this article by Coinsutra!

The newest episode of Running with Unicorns podcast is here! Matt from Spring Labs discusses Crypto Prediction Markets with Chitra in a freewheeling chat. 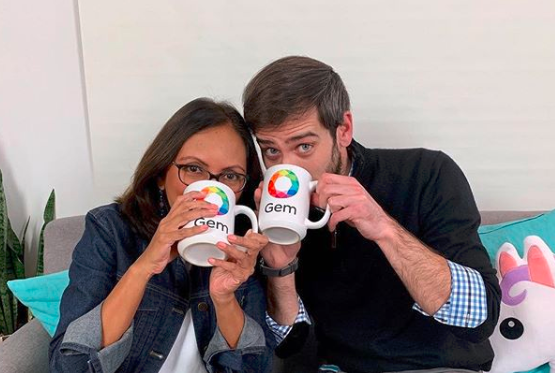 [GemHQ calls this episode " Chit Chat with Chitra and Matt"]

Don't forget that we continue to discuss on a new mining coin for the parachute community at https://www.reddit.com/r/ParachuteToken/comments/akt49v/weekly_discussion_what_do_you_think_are_ideal/. Chime in! Cap says: "Who knows - we may just make a freaking coin so the miners have something to smash awway at" (like always, the typo makes this quote priceless!)

Also, if you haven't already noticed it, the tiny ParJar fees for withdrawals are gone! ParJar is now well and truly 100% free.

Finally, if you've reached till here and are still reading, bravo! In the coming weeks make sure to keep a close eye on Cap. There's something brewing over at ParJar. Can't seem to put my finger on it. Things aren't so transparent yet. Kind of "opaque".