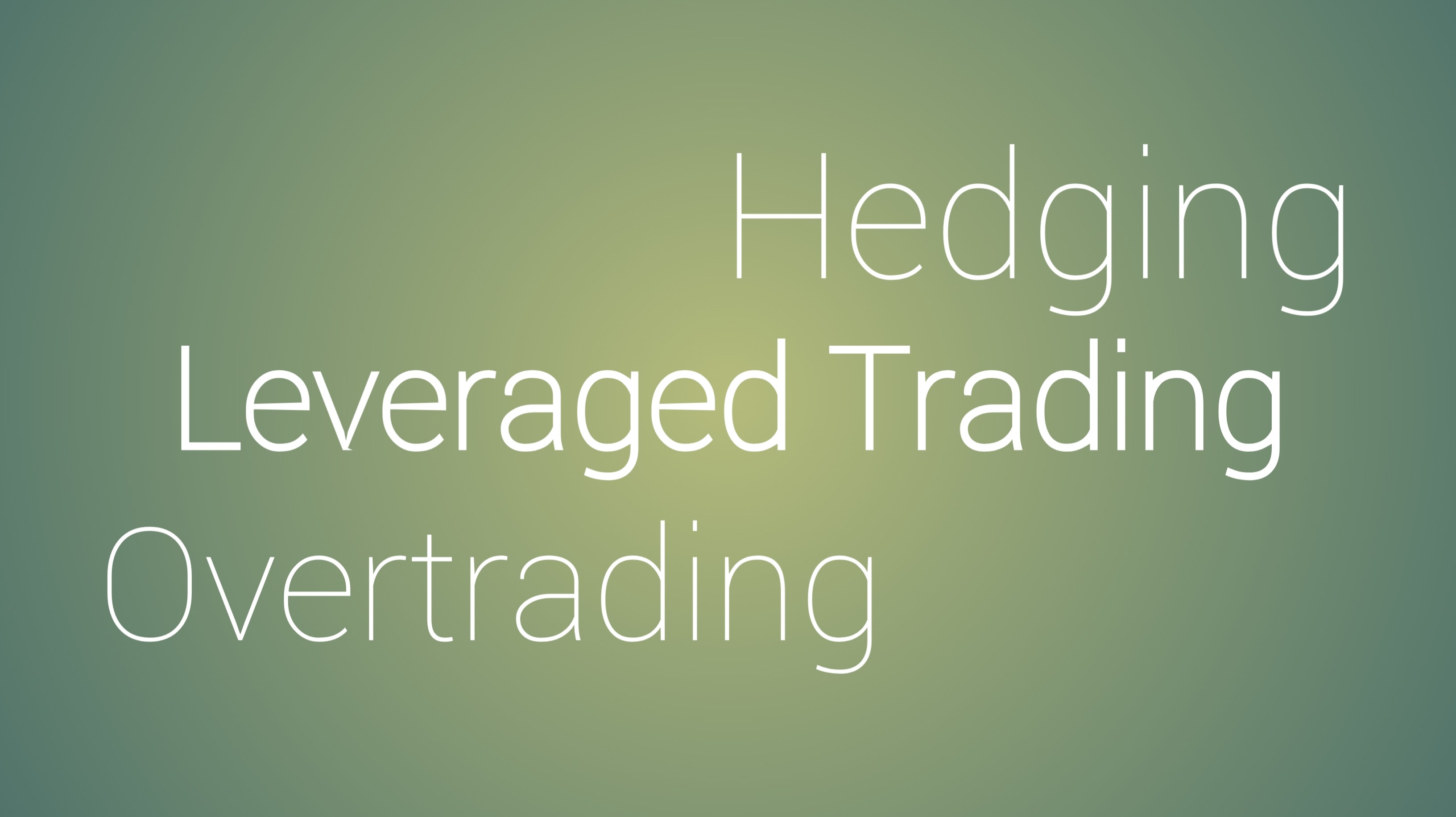 Don't Do This in Leveraged Trading

Some of you may do leveraged trading for a living - as I do. I'm sure some of you may have been successful in making profits consistently. However, not a few people have failed to the point of losing all their money.

Hedging in leveraged trading is placing two opposite transactions at once. Typically, hedging is considered a risk-management strategy, as its primary goal is to cut or severely reduce the risk of losing money due to market uncertainty.

Hedging is indeed useful for cutting larger losses in leveraged trading, and this is not wrong. The problem is that you sell and buy at the same time because your profit in a position is as big as your loss in the opposite. That means you have neither profit nor loss. Why trade if not for profit?

Hedging makes two opposing positions lock into each other. Herein lies the risk. You may be tempted to close a profitable position, while leaving a losing position in the hope of a price reversal. Nothing is certain in price movements. It could be that your losses will get bigger and eat up all your capital.

Overtrading refers to excessive buying and selling, exceeding the limit of risk that should be taken. In leveraged trading, there is a margin level that must be considered. Traders have to be able to control themselves so as not to indulge their greed for profit.

One of the 5 keys to successful leveraged trading I found is capital resilience. Determine the safest limit of your margin level at which you have to stop placing short or long positions when your margin level hits it.

Large capital resilience is useful for anticipating unexpected market movements in the hope that your capital is able to bear floating losses until your trading position touches the take profit point that has been installed.

To find out a no-loss business, the article below might help:

Cryptocurrency Trading is a No-Loss Business