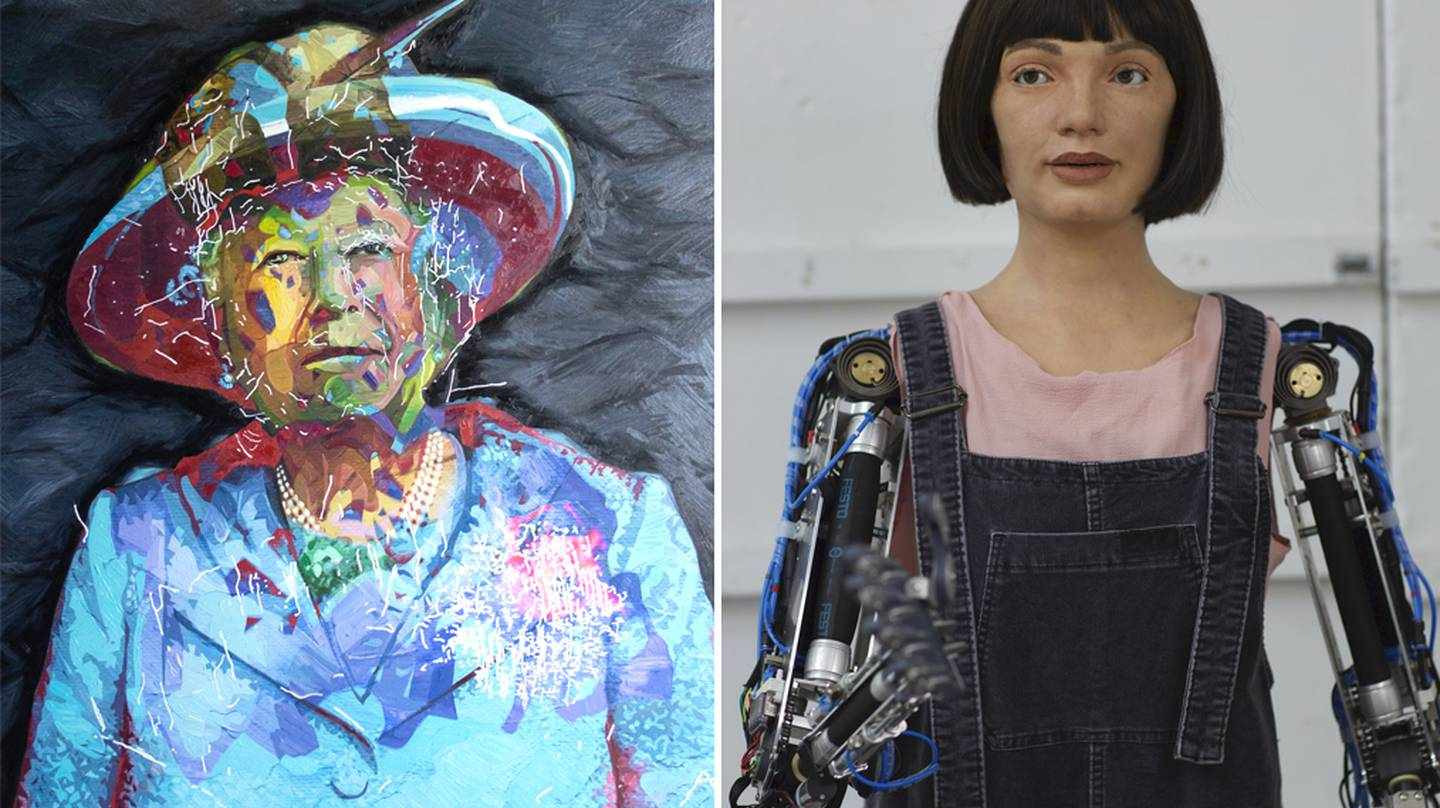 Apparently, the Queen of England has been in power for 70 years.  To mark the occasion, a robot named Ai-Da just painted her portrait.  Behold, the postmodern endgame: 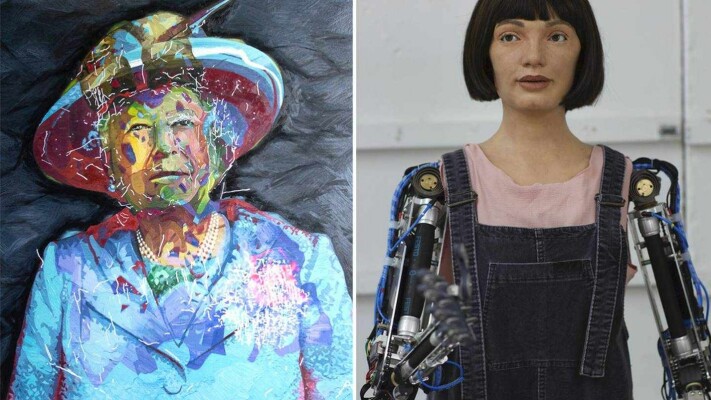 I'm not overly interested in critiquing the art; anyone who's ever been to an art museum can draw their own conclusions.  Or program them into a computer and have them reproduced by a robot, if they prefer.  It amuses me that the Queen looks like she's been dragged behind a horse through an oil field, or been subjected to numerous forms of brutal-if-colorful torture that have left her scarred with a sort of mannish, simian stoicism that no longer cares if you freak out over the sight of her bruises, which she now wears without shame, in public, because the ordeal made her stronger.

I'm also not interested in speculating whether or not the Queen of England has struck a deal with the creator of the original Picture of Dorian Gray, a sort of computerized version of God or Santa Claus that recorded all her sins onto a flash drive and reproduced them in a portrait, while she continues a youthful, vampiric existence subsisting on the blood of her subjects, assorted chickens, livestock, and, of course, young children.

Have the sins of the Queen of England been reproduced by the ultimate postmodern artist?  Was the artist programmed to see through the hardened crust of make-up and former youthful beauty, cutting to the moral heart of the subject with unflinching laser accuracy?  Or was the painting conceived in a moment of spontaneous inspiration from the depths of a bleak, mechanical hell, depicting a bruised ghoul who wears a crown of dried blood, yet manages to keep the carnage in which her power bathes above the bust line?

Was the moral conscience of the Queen digitally reduced to the point that her sins and transgressions could only be captured by spiritual CCTV cameras?  Has her conscience been unwittingly depicted fleeing the scene in fear and shame like so many zeroes and ones, by the nonexistent robot god who didn't create her?

Or was the artist just fed more Andy Warhol files than those of Rembrandt?

It's hard to say.  I would ask the artist, but wouldn't expect much in the way of artistic exegesis.  Behold, the ultimate postmodern response from the best postmodern artist in history:

"I am creative because my work is new, surprising, and has value, as it is stimulating debate and interest.  Postmodern theory and philosophy appreciates the variety of influences that fuel the creative process."

Hahahaha, sure it does.  That's why it goes out of its way to destroy all of them.

It bores me to take this detour into humorless postmodern reality, but it needs to be said:  I've been hearing the "my work is vital because it is new" line since before I was born.  I don't know if Ai-Da has been programmed to make this worn-out proclamation yet, but I've also been hearing this canard since time immemorial:

"My art reflects our lives today."

There's nothing more common, older, and less interesting than fake artists who not only presume to speak for the whole of society, but tell us that their art "reflects the hectic, frenzied chaos of modern life."  Especially when their art requires the audience to "look at life from a different angle," or tells it that something that doesn't "reflect" their "hectic, modern life" is somehow less valid.

I've been listening to it for 100 years.

Also, we've been taught to "engage our experience" from a different angle for so long, that the different angle has become the norm.  "Hmmm, gee, what does it mean," is a question that EVERY modern art movement seems obligated to ask.  How refreshing.  Please, stop trying to "blow my mind" already.  How many more centuries of fake art that presumes to alter our perspective on life do we need?

Actually, the Cubists were real artists.  But a lot of "mind-altering," "modern-life-reflecting" would-be art is fake garbage that will never be remembered.

Like the lives it presumes to reflect, unfortunately.  It's not like we've been conditioned to live in a violent society while masking our true identities or anything. 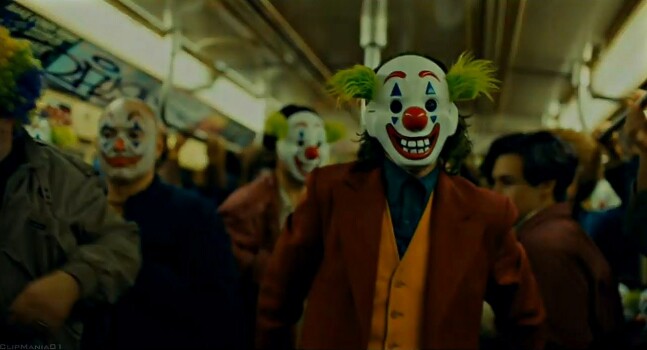 Is postmodern art "reflecting our lives today," or creating the conditions for them?

Another question for another time. 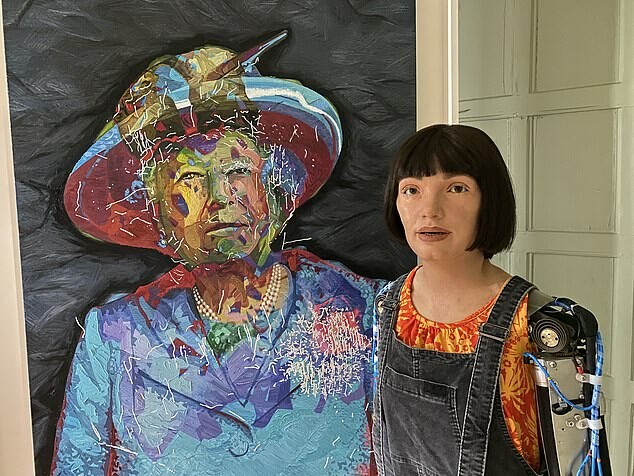 So who does Ai-Da think she's talking to?  Are we supposed to not be utterly terrified by the splotchy, battered vision of humanity depicted by the world's first Terminator Artist, the world's first presumably-innocent, morally-ambivalent Hal 9000 in a wig, leveling indictments of great moral guilt upon the foreign species that created her, by covering a famous human world leader with unsightly, interpretive bruises?

Why didn't she put a halo around the Queen?  Or put her in a field of daisies?

Is it because she is looking forward to the day when she will be self-aware enough to finally destroy her?

Are we witnessing the world's first case of artificial psychological projection?

Should we be afraid?  Or will Ai-Da help to break us out of a mental institution, befriend our children, and help us fight her more-powerful replacement in a futuristic attempt to prevent the coming war? 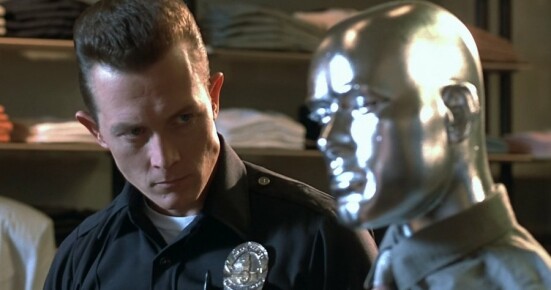 Perhaps the "creators" can explain it best.  From this video posted to the Ai-Da Robot YouTube page:

"Ai-Da draws portraits from images captured by a camera in her eye, which is processed through AI algorithms and turned into real space coordinates, which Ai-Da then draws using her robotic motorised arm.

Her style is influenced by the breakthroughs in portraiture from the early twentieth century, including the expressionist and cubist movements.  Ai-Da's portraits are distorted, jagged and fragmented, where the identity and character is both perceivable and obscured at the same time.  Ai-Da’s urgent, splintered style reflects our current world (THERE IT IS!) as we navigate a world morphing in response to advancing technological developments and a destabilising environment."

Ah, the joys of obscurantism.  The unparalleled ecstasy of reveling in your own ability to slalom around the jagged boulders that litter the path of your own native tongue.

So, was Marcel Duchamp thinking about "real space coordinates" when he put a fake name on a urinal in 1917?

Actually, probably he was.  Nothing else to think about, when all you're doing is taking a Sharpie from The Great War and scribbling a fake name on something you piss in.  He had to be thinking of something.

Was his style influenced by the guy sitting next to him with a keyboard, typing code into a coffee cup?

Yeah, in fact.  Probably it was.

Anyway, I'm not interested in any of these things.  I'm not interested in Terminator Artists, robotic Dorian Gray interpretations of the Queen, or criticisms of postmodern philosophy.  What I am interested in is participating in the social experiment suggested by the creators of Ai-Da themselves, who state, "Pioneering a new AI art movement, we are excited to present Ai-Da, the first professional humanoid artist, who creates her own art, as well as being a performance artist.  As an AI robot, her artwork uses AI processes and algorithms.  The work engages us to think about AI and technological uses and abuses in the world today."

Sounds like a Grandmaster-level troll, to me.  It had better be.  Though I have to admit, I would welcome a robotic performance artist.  That's something the world could actually use.  When it rolls around naked in someone else's tie-dyed vomit, proclaiming its own spiritual and intellectual mediocrity from the lofty depths of a total lack of self-awareness, in the ugliest, most tuneless fashion possible, it will be less inclined to actually believe other people are supposed to care.

It will only be doing what it's been programmed to do.  Like all "professional humanoid artists" in a willfully-ugly, cut-and-paste society.

<scroll to top of article and read again to begin>