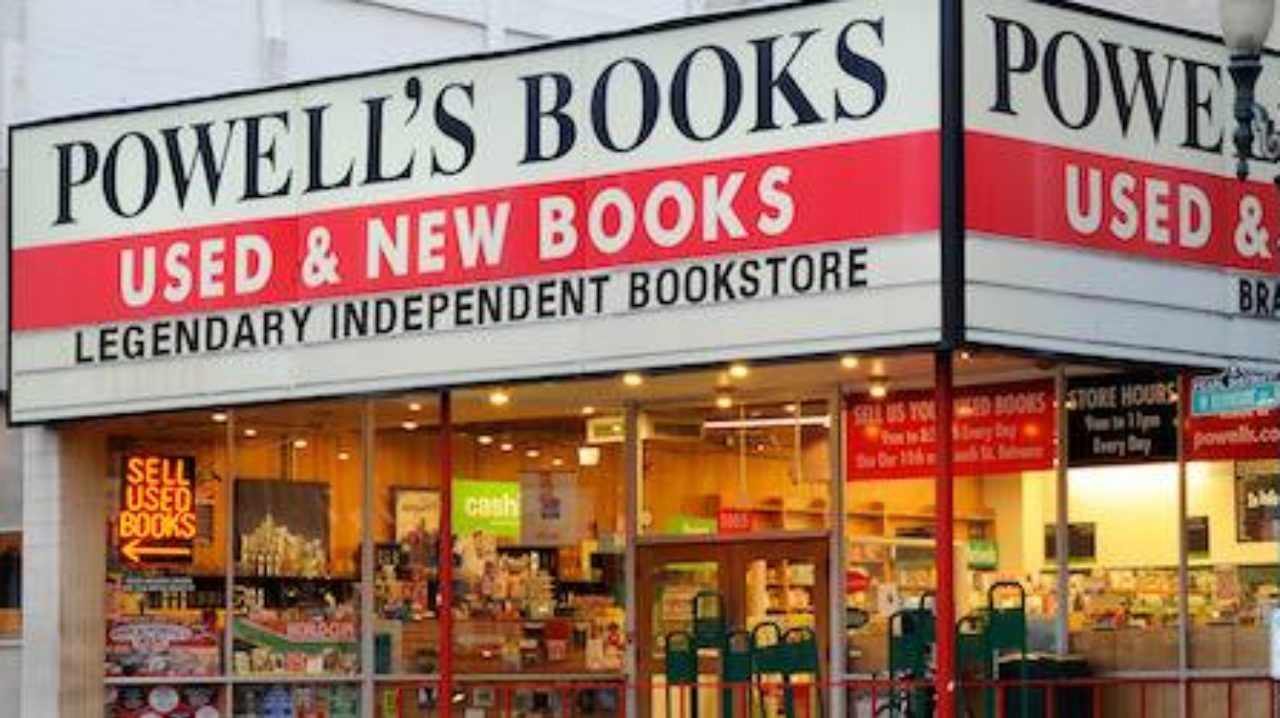 I wrote them a letter a couple days ago, and am pasting it below.  I recommend you read their "Commitment to Free Speech" at this link:

In it, you will find several Orwellian blind spots, the occasional moment of double-think and the like, but in spite of this they do seem committed to the idea of free speech.  Kinda.  It's hard to discern whether or not comments about "righteous and deplorable" books are a passive defense against being burned to the ground by an idiot mob of unappeasable children, or an actual declaration of self-righteous superiority that is intended to be read as a show of solidarity with the black-bloc PC police.  Due to the smug, myopic indictment of Andy Ngo as "provocateur who has made a career of inciting violence over inflammatory and inaccurate ideas that divide people into factions," I suspect it's the latter.

Well, their owner and president is a woman from Portland, Oregon, so it should come as no surprise.

Here's the letter.  The part in italics at the beginning is from their "Commitment to Free Speech" page.

"Our current fight does not feel virtuous.  It feels ugly and sickening to give any air to writing that could cause such deep pain to members of our community."

Nevermind how it feels; that social canard has been obsolete for awhile.  But the question I really want to ask is:  Do you actually believe the people opposed to Ngo's book feel "deep pain" over it?  I understand the business reasons behind giving lipservice to a lynch mob that would burn your building down if you didn't comply to their fascistic demands.  I only hope that that statement is delivered with the same obvious disingenuity with which the opponents of free speech threaten your business.  If they would burn your business down, they're not members of your community; they're an existential threat to everything you have ever considered worthwhile, including the ability to say what you want.  If people "feel pain" about it, that's their problem.  I am offended on a daily basis; never once has it occurred to me to SHUT PEOPLE DOWN because of it.  Because I actually believe in freedom of expression.

Thanks for keeping the book available in some form.  I hope you consider the position you're in, and reconsider the virtuousness of a group that hates everything that deviates from it in any way, however slightly, and the possibility that what actually feels ugly and sickening is having to capitulate to them at all.  Though I understand the "need" for it, and hesitate to judge it, I certainly think it's a dead-end street.  Here's your future:  Somebody will always be offended.  Somebody will insist on shutting you down, again, at some point, even if there is nobody left on earth but a bunch of NPR hosts and Antifa thugs.  Stand on the first 2 amendments like your life depends on them.  It actually might.