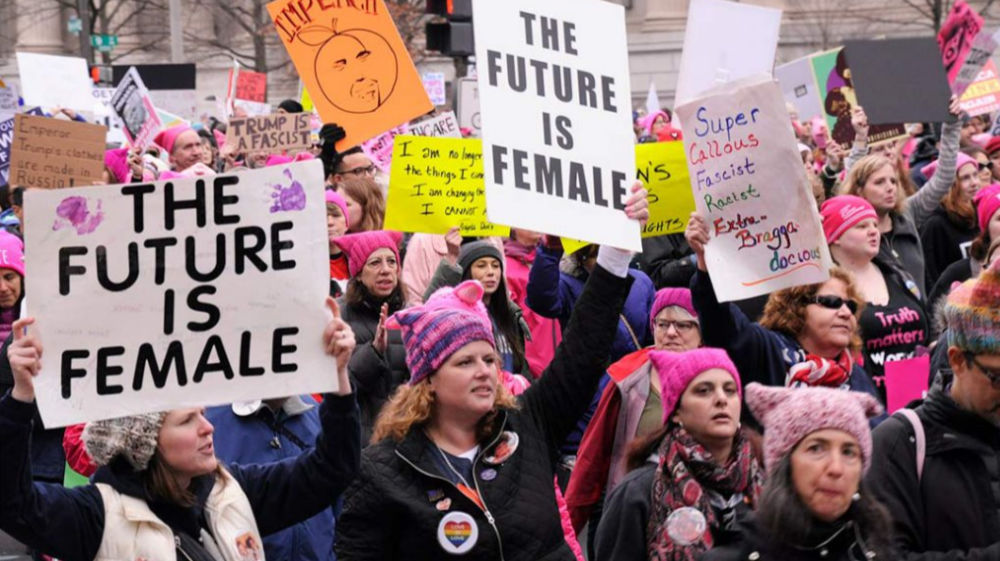 How I Became Sexist (and why you should become sexist too)

Let me be clear up front, sexism and misogyny are not the same.  Sexism isn't hate.  It is not necessary to hate the thing you have been taught to disrespect or not take seriously.  Sexism might be a rational response to an irrational set of unreliable circumstances that are above reproach.  It might not, but it might be.  Hate has nothing to do with it.  In fact hate is a trap.  You will be tempted with it, but you must resist the temptation.  Misogyny is a rookie mistake.

The short answer to the question of how I became sexist is that I actually believed the equality line for the better part of 30 years, and I have the discography to prove it.  21 albums of mostly love songs, some of which border on downright pussy-whipped.  For reasons that can probably best be described as "default," I actually believed the sexes are the same, for years.  I grew up in an egalitarian setting, not overtly feminist but definitely not misogynist, and "equality" used to be part of the air.  We all breathed "equality" throughout the 70's, 80's, and 90's.  It didn't have to be preached by hateful control freaks (feminists today); people believed it.  Or at least I did.

I believed it for years, and I have the scars to prove it.

In 30 years of believing in the equality of the sexes, I have yet to meet ONE chick who holds herself up to the same standards as she holds the rest of the world.

If a man has more than 1 standard for himself, he tends to get thrown in jail, perhaps for life.  If a woman has less than 12 standards for herself, she whines about being oppressed.

This is the one of the fundamental differences between the sexes, and to deny it or be oblivious to it is to play a losing game indeed.

There is no winning.  At best, you will become a domesticated slave.

Another fundamental difference between men & women is that men value risk, while women value security.  In an actually-equal, ideal world, these 2 poles would rotate around each other with equal magnetism, complementing each other and keeping each other in balance.  The man wouldn't put a boy in a position to do a man's job (though he might take him along to teach him some basics on occasion), and a woman wouldn't keep that boy inside his whole life so he never learns how to manage risk, danger, and threat (I've heard it said that it takes a woman to raise a child, and a man to raise an adult.  I'm inclined to believe it).

But we don't have that ideal world.  I've said it for years and will say it for many more:  A society based on women's fear is a loveless, beauty-free wasteland.

Modern Western society is based on women's fear.  It is not based on equality, freedom, or patriarchal institutions.  It is based on women's irrational, uncontrollable fear.  There is no expectation on the woman to have a little faith and see if the man has a chance at making it through the risk.  None.  Her fear is what is important.  Men are expected to subject their nature to the safety concerns of women.  Every time, without exception.  To question this or to choke on it is to be "weird" and "dangerous," or, to use a term common in our childlike, estrogentrified society, "scary."  Why?

Not only why, but why is it that this obvious female dominance is called "patriarchy" by screeching, self-righteous feminists?

Because they can not be appeased.  They are based on fear, and this fear is a bottomless well of unappeasement; it can not be filled.  Nothing will ever be enough.

This fear is a fascistic dictator that demands total compliance at all times.  The total eradication of risk is the only way to MANDATE SECURITY.  This security must be mandated at every level of society, which explains a lot about Western culture today.  Everywhere we look, something is there to tell us what we Can't Do.  The "Thou Shalt Not" list of feminism is a 10,000-page, two-ton tome that makes the 10 Commandments look like a pamphlet.  Those that preach about their disdain for "organized religion" are, apparently, at the greatest risk of becoming a religion in their own right.

Fear, fear, fear, and more fear.  Must call ourselves "empowered" by lowering the entire society to the same level as our fear.  Our fear will be the new common denominator.  Not equality, not opportunity, not freedom, not risk.

Fear is the fundamental ingredient behind all false feminist "empowerment."

There is no answer to the question of "why" this double standard exists, except that men and women are not equal.

I'm not talking about equal rights, such as the right to own property, vote, etc.  To me it goes without saying that all people should be treated equally under the law.

I'm talking about the equality of our fundamental natures.  Men and women are as different as night and day, east and west, left and right.  They were not intended to be the same.  Any attempt to make them the same is nothing less than an attempt to destroy humanity.

And as far as the West is concerned, I think this mission has been accomplished.

I no longer believe in women at all.  My last studio album is called Love is Wasted.  It's not a random title I didn't choose out of nowhere.  It fell into place of it's own, unfortunate accord.

I'm not interested in women anymore.  Sorry Western bitch-land, nope, that has nothing to do with being "gay."  The obsession with "gayness" and the extreme overuse of the -phobia suffix says a lot, but the hell with it.  Do your own math regarding all the "phobes" that are out there, all those non-compliant free people who are supposedly "afraid" of everything.  Hardcore leftist-feminist projection, society-wide as usual.  I'm aware there are all kinds of post-feminist women out there.  Maybe I'll meet one someday, but I hope not.  I'm against it.  I'm a sexist now.  Y'all have overplayed your hand.

Enjoy your fake power while it lasts.

p.s.  The short answer to "why you should become sexist too," is to save your own ass.  I wouldn't waste my time taking women seriously if English is their first language, and only partially seriously if they're foreign.  The laws are stacked against you.  The short answer to all that can be summed up in the term "divorce rape."  The laws of the West do not favor the man.  So stay away from them, disregard them, and don't take them seriously, except at your own risk.  You have been warned.