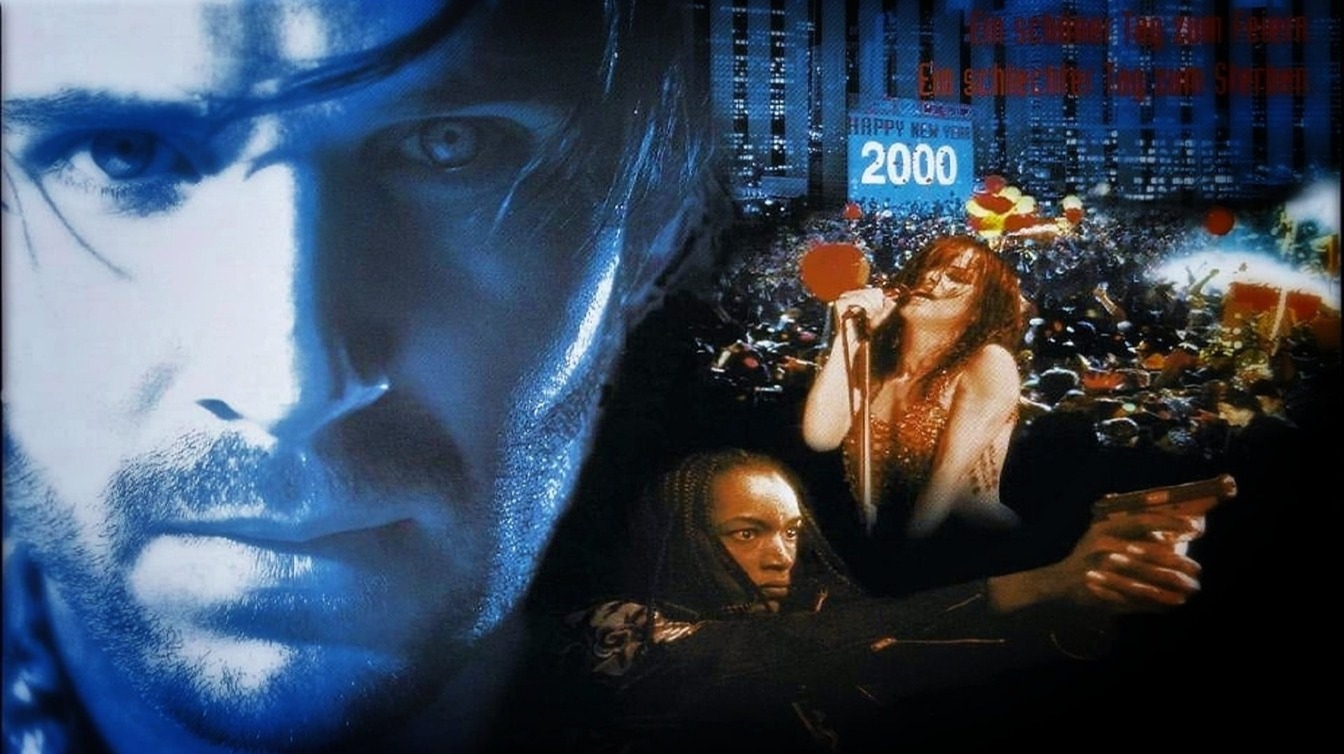 Kathryn Bigelow's Strange Days came out in 1995, and is an interesting snapshot of the ethos of the era.  Widely considered a dystopian film, or worse, "prescient" of a dystopian future, what it actually shows (probably unwittingly) is how united people were before manufactured identity and race issues tore us apart.

Everything about the film is brilliant, especially the direction.  Kathryn Bigelow is a master at displaying the reckless abandon of people who know they're going to hell, and who embrace it.  Whether it's James Le Gros informing Keanu Reeves that he'll "see him in hell" as he jumps out of an airplane in Point Break, or Tom Sizemore's nihilistic, long-haired bodyguard in Strange Days, Kathryn Bigelow has a knack for capturing the infernal on film, and making it believable.  It isn't hard to see that she likes bikers, outlaws, soldiers, and other assorted bad-asses of every kind.

I'm not going to get into the story or plot of the film in any detail.  Watch the film, or watch it again, and come back.  I'm just going to pick out random scenes and interactions between the characters that show how far we've fallen since the film's release in 1995.

But it is clear, watching it in hindsight, that certain things that are considered "important" or "edgy" or "sensitive" today are taken for granted as normal at the time.  Non-issues, at the most.

There will be spoilers.  Consider yourself warned.

There is one scene in which a white prostitute played by Brigitte Bako approaches a black rapper played by Glenn Plummer and kisses him in a sexy, believable manner.  There is also a love interest just beneath the surface of the film between Ralph Fiennes and Angela Bassett, who are white and black, respectively.  Crazy, yeah I know.  Though this inter-racial sexual/romantic tension would be at the forefront of the plot today, at the time it was just there.  Maybe it was added for aesthetic purposes.  Maybe it was added without any real thought, because it isn't unbelievable at all.  Maybe it's simply more interesting.  Not because of their races, but because of their characters.  In fact, we are shown a flashback of when the Fiennes/Bassett characters meet, when Ralph Fiennes (a cop at the time) is consoling Angela Bassett's son while his colleagues arrest the kid's father.  The white cop is comforting the little black kid, and it's a touching scene.  I certainly never thought anything strange about any of it, when I saw it, and have never heard anyone mention anything about it, one way or the other, ever, at any time between the release of the film and the writing of this article.  "What's the black mom doing looking at the white cop, obviously touched by his kind gesture?"  "What's the white girl doing kissing the black guy on the lips?"  "Why does the Angela Bassett character LOVE the Ralph Fiennes character, when she knows he's white?"  "Why does the Ralph Fiennes character realize his love is wasted on Juliette Lewis at the very end of the film, and rush to embrace Angela Bassett in the least-maudlin, most-believable way possible?"  "Why are they kissing?"

What are they, privileged racists or something?

This obvious "hypersensitive blind spot" is made even more apparent when you see that the film is obviously made with the Rodney King beating and ensuing riots clearly still fresh in the minds of all Americans, regardless of what anyone who may have seen the movie thought about that incident.  In her typical masterful hell-fixated manner, Kathryn Bigelow repeatedly films chaotic scenes in the streets where people are beating up Santa Claus, black kids are throwing Molotov cocktails in the street on a regular basis, armed National Guardsmen and other militarized cops and soldiers patrol the streets constantly (including one scene with an actual tank), white, dreadlocked nihilists who listen to industrial music are part of the everyday backdrop, along with bikers, gangster rappers and other assorted "boyz from the hood," homeless people, and hustlers of all kinds, including a white tow-truck driver who looks like a typical hard-ass L.A. guy who's been around the block about a hundred thousand times.  At no point does the film patronize anyone on any side of the issue.  In fact, at the very end, the uptight white police commissioner actually orders the arrest of the 2 white cops who murdered the black rapper, and tells someone to give Angela Bassett medical attention immediately.  There is no sense that this is a moment of "awakening" for the "privileged white cop."  Indeed, Ralph Fiennes recommends that Angela Bassett hand over the evidence of the crime directly to this white police commissioner, because he knows he can be trusted to do the right thing.

Also unnoticed at the time is the complete absence of any openly-gay character.  There is no sense that anyone in this film is some kind of morally-upstanding citizen (with the exception of the police commissioner, and possibly Angela Bassett's character).  There is also no sense that any of the characters would consider brave or have a problem with the idea that someone in the room might be attracted to someone of the same sex.

That's how it used to be.  Nobody cared if people were gay.  People could just be gay if they wanted to be.  People's sexual preferences didn't have to take CENTER STAGE, including in an amoral setting where nobody would have cared.  It wasn't considered "brave" to "come out of the closet."  That battle had been won in the 1970s, at the very, very latest, if not the 1960s or sooner.  It was taken for granted that gay people were there.  Nobody saw it.  It wasn't important.  Any bravery in coming out of the closet had been dealt with in the past.  At the time of the filming of Strange Days in the mid 1990's, high school, at the latest.

This wouldn't exist in any film today.  Today the sexual orientation and race of the characters is the main point of the film.  An inter-racial love interest is a big deal.  It can't just be part of the story.  Or NOT part of the story, depending on what the story actually needs.  The story has to service the agenda.

There are numerous other examples in the film, probably, that show how "prescient" Strange Days is NOT, in terms of predicting a dystopian future.  If anything, it shows how dystopian we've become, by showing how weak, ruined, and compromised things are today.  How easily everybody takes offense.  How "important" it is to cater to the false, manufactured feelings of groups who conquered the demons of systemic prejudice many, many decades ago.

This is all the more obvious because it is a dystopian story.  It isn't a happy fairytale full of morally-strong characters doing things for the benefit of others (which is what they think they're spoon-feeding us today).  Strange Days is full of weak, damaged, compromised people doing things out of jealousy, to hurt each other, or survive.  It doesn't presume to improve the world around it.

Because it is true, and comes from a time when people were free, even as a nihilistic story about amoral people who have to fight for their lives in a disintegrating society, Strange Days looks like a fairytale of opportunity and optimism, compared with what we have today.