Imagine you are mining Bitcoin today with only 2 cores!!

If thread catches Your eyes that means You are in the right place.

Can You even imagine that You can pop up in BTC chain with two cores and with having enough luck You can mine one block?

Of course Yes you can imagine and of course, You know that is impossible.

From the beginning when Bitcoin blockchain was peer2peer and anyone can try to mine block to times when all chain become farm2farm passed a few years.

Many of developers want to make Altcoin that can be mineable by anyone at any time based on the idea one CPU one vote.

Greedy overtaken Bitcoin blockchain and the idea about financial system freedom become a farm2farm place where big pools or really rich peoples can mine it. 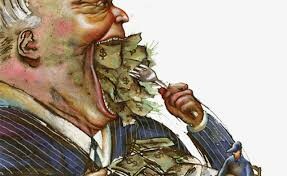 So what if I will say I have a solution for You? I know coin that can be and it is mineable to any person at any time and any point of blockchain all You need is luck.

Luck coin is developed by a developer that is using the nickname: "Sherlock Holmes"

This coin is based on Argon2d algorithm that is allowing only CPU mining. The mining system is based on luck and called 2PoW.

Let us have a look what the developer says about mining in 2PoW:

Mining with private keys can effectively prevent cooperation between miners, but there is a risk of private keys being stolen. On the other hand, if we don't introduce some mechanisms for resisting cooperative mining, A miner will let all nodes mine for only one account, so that the small miner has no advantage, he has to choose leaving. By introducing a two-phase-proof-of-work mechanism, the output of cooperative mining will be less than that of non-cooperation, so the power owned by miner is equal to the proportion of the number of nodes he owns (for two miners A and B, A has 100 nodes, B has 50 nodes, B has 1/3 chance to win), which is obviously fairer than the traditional POW.
In addition, because the calculation of the luck also consumes resources, a single miner cannot calculate the luck of multiple accounts in batches.

For us, that means the power of your CPU cannot increase your mining luck even more nodes mining on same address will not increase effects of mining.

You always have a chance to mine a coin and all you need is Luck.

This is new and a unique concept that can change the way of how we mine coins I will refer you to read more at:

Don't take in mind the height many miners joined to us remember at any time any point of blockchain you are able to mine own Luck.