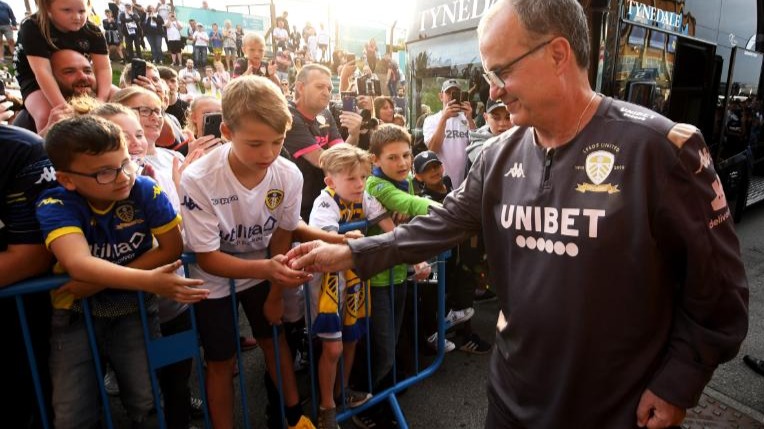 Bielsa is one of the last champions of a football ideology that goes against the modern day football or to put it in other words - the unfair, corporate, soul-less, money-making machine that today's football has become.

Bielsa's style is unrelenting, uncompromising and completely fearless. It is by far the most entertaining football England's leagues have seen.

Bielsa would set up his teams with little intention to defend a result but rather to attack from start to the very end regardless of the score. This will occasionally lead to many goals conceded but as a proper gentleman he always stays true to his style.

In three and a half years at Leeds, Bielsa not even once complained about a refereeing decision, he never blamed any of his players for anything, never accused the opposition players or manager, he never had a bad word to say about the fans or the board. He took responsibility himself for everything. The chances are, we will never see another one like him.  We can only consider ourselves extremely lucky to have had the chance to experience the ride.

And now Leeds United have let Bielsa go. The reasons are clear and don't need an explanation. It is both sad and logical that Marcelo should become the victim of the same foul practices in modern Football he would often speak against. Never have I seen a fan base mourn the departure of a football coach like Leeds in the last couple of days. It is a true representation of the magic that Bielsa brought with him.

This is the end of a very significant tenure for both club and coach. For us, supporters , it is also the end of an era, that we will treasure forever.

Thank you for the gift Marcelo!

We won’t see your kind again. It was nothing short of spectacular. #LUFC #ThankYouMarcelo