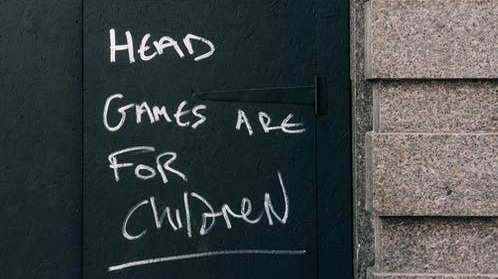 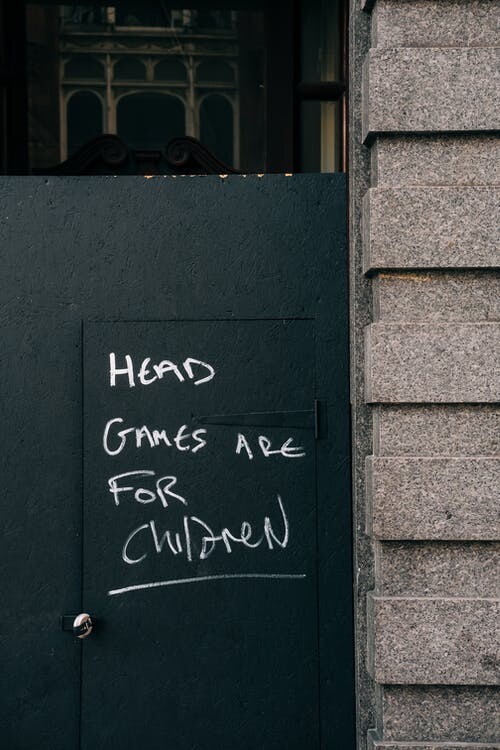 A lot of people play games with life. It's always about having their ways without due consideration for others. Life is all about a game to some people and they know how to manipulate situations to gather sympathy so others would find you less desirable. The good thing is that dimming other people's light doesn't mean yours would always shine the brightest.

Most people don't like taking to corrections and their loyalty is misguided. They want you to jump the hurdle for them but they can't even jump a puddle for you. They go about crying foul just so they can gather sympathy and this explains why they struggle to change their ways because they have distorted the views of those whom they have spoken to and they won't be able to tell them the truth.

That's the power of those who are experts at manipulating others and they usually go free with their actions because those they discuss with aren't that smart enough to deduce that they were being manipulated and also when the person they are spreading stories about is the type that hardly discusses his or her business with others. Once the person keeps quiet, they naturally assume the position that he is guilty even before he or she is heard out.

It's always okay when they are the ones who did something but when you push another to the point where they lash out, suddenly they hold on to that and think of ways to spin things around. It's funny because they always go back to those people they are comfortable manipulating because they just needed someone to validate their feelings without truly explaining what happens. Anyone that can manipulate truth can easily gather sympathy from others.

Have you ever been in a position where someone says something about you first, others believed until they listened to your side of the story? That's the way things are with life and I can't help but wonder why it is so. The first person to ever report a matter is always right in the eyes of most people even though they specifically kept out their shortfalls in it. It doesn't mean the action of the one that lashed out is justified either but at least, didn't they say there is no smoke without a fire?

Most people enjoy being fooled because someone that can be manipulative enough to gather sympathy from you, you would have to be careful because if only you hear the things they say about you to others, then you would truly understand that you are only being used to serve a purpose which is to validate their ways and tell them indirectly that it's okay. Everything is everyone's fault but not theirs.

Another funny thing about life is that most people want respect and loyalty from you but they can't give it. How do you expect from others what you have been depriving them of as well? The other group of people are those that would never be objective but will always stick with what they have been told out of loyalty to those they have known the longest even if they have errors in their ways. They are sometimes afraid to tell these people the truth because they are scared they would lose them or because they felt they just want to be on the good side of these people.

We do more harm than good to others when we simply tap their back rather than tell them the truth to their faces. It's shameful because it even comes from those you least expected and that's why age or social standing or wealth can be a true test of anyone's intelligence. Anyone can be manipulated depending on what's in it for them. Most people would rather stick with not offending the people they know than someone they don't really know that much because it's easier that way rather than to be objective.

Most people will show you loyalty, I mean blind loyalty because of what they can get from you. Whoever offers more takes the center stage to them and they try to convince themselves that they are being honest, fair, truthful and objective without bias even when they are too blind to see the errors of their ways. One thing I've learnt is that many people are fuelled with drama and I don't want to be attending that party anymore. I admit that I can do better too...as we all should. I just want to hold my peace and not get dragged to whatever action they think is best for them after it has been pointed out to them.

No one would change because you want them to. It takes sheer determination from people to desire to change and stick to it. We are all flawed. No one is perfect but don't try to cover up yours by manipulating others to take your side because that path is a slippery slope and it's only a matter of time before you reach a point of no return where you will bite more than you can chew and the person that would bring you down to earth would be someone you didn't expect and the bang would be so loud that it would take you a longer time to recover from it. Those you have manipulated and emotionally maneuver to take your side would not be able to do anything about it.

This post also appeared here and it's my original work on my blog on [Read.Cash](https://read.cash/@Olasquare/its-all-a-game-7c7c65bb).