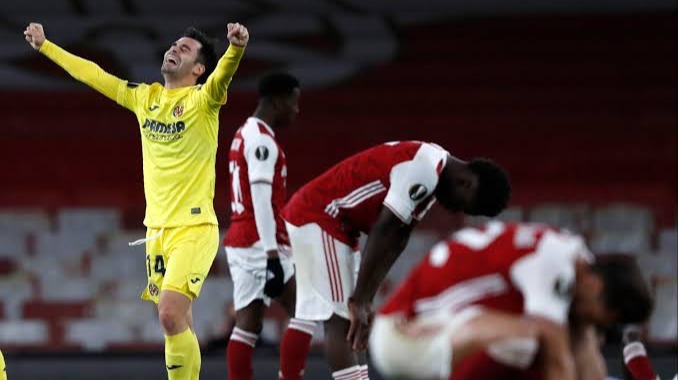 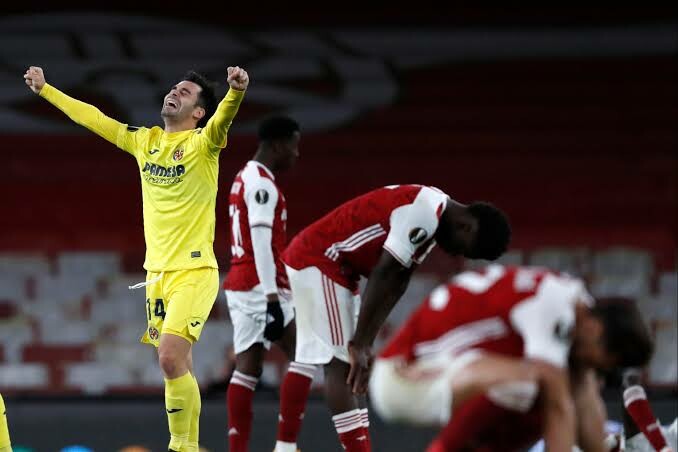 Arsenal got dumped out of the Europa League after playing a goalless game with Villareal who held a first-leg advantage by winning 2-1. Arsenal can say they were unlucky for this match as they were denied by the post on two separate occasions. They needed just a goal to make the final an all English affair after United qualified for the final.

With the hope of qualifying for the Champions League through Europa League vanished, their league form is nothing to write about either, that means Arsenal will not play in any European competition next season for the first time in 25 years. Their former coach, Unai Emery has now taken Villareal into the final of the Europa League. He won it many times for Sevilla and this would be his fifth Europa League final. He surely has experience playing the final and United better not to expect an easy game.

In the 25th minute, Aubameyang should have given his side the lead but he was denied by the post. His outside the foot shot met with the outside of the post to keep the ball from going in, much to the relief of Villareal. In the 38th minute too, he had a lovely shot at goal which dropped from under the goalkeeper; Rulli. He quickly turned and gathered the ball.

Arsenal had a bright start to the second half when Pepe's outside the foot strike missed just marginally in the 47th minute. Not long after, Smith-Rowe wasted a golden chance when a flick header was directed into his path and with his effort, he puts it wide.

Villareal also had chances of theirs but nothing much came from them and a notable one was a fingertip save from Leno inside the box after a lovely low drive delivery into the box. Arsenal had two chances to take the lead too through Rob Holding and the first header from a corner went over the bar while the second one went wide.

Arsenal's lack of luck was confirmed in the 78th minute when a lovely delivery into the box found Aubameyang. His header was timely but it struck the base of the post.

The game ended 0-0 and Villareal got through. They will be playing Manchester United on the 26th of May, 2021 for the final in Stadion Energa Gdansk (Stadion Gdansk) in Poland. Both teams had the opportunity to lift the trophy due to United winning it once before now recently and Emery winning it thrice in a row for Sevilla. It would be an exciting match that might be decided by tiny margins.