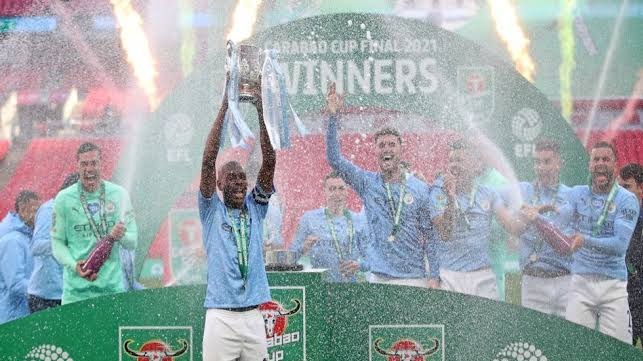 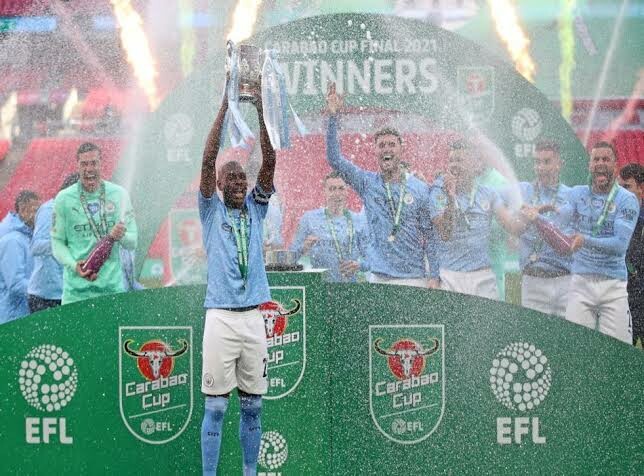 The long-awaited final has come and gone and it's only one name on the lips of the commentators at the final whistle and that was Manchester City. What a tremendous achievement to have played all season and get rewarded at the end of it with a trophy to show for it. Excitement for the winners and tears for the losers. Tottenham fell short to a solitary goal from City. It was a match that lived up to its billing with flashes of brilliance, missed chances and resilience.

Ryan Mason became the youngest coach ever to take to the final of the Carabao Cup at Wembley, being 29 years of age. He played in midfield the last time Tottenham played in the final. Foden, despite being 20 years of age has now officially won 10 trophies and you can expect that tally will go up if they eventually win the league and the champions league. Guardiola made it to 4 Carabao trophies in his stints with City so far. What a moment of pure joy it must have been for him.

Tottenham's Hugo Lloris did everything to keep his side in the tie and pushed for an extra-time game but it wasn't meant to be as the headed goal expertly beat him to it.

The game started well with City on the front foot as usual and in the 14th minute, Eric Dier's block denied Raheem Sterling the opportunity of putting City ahead when a brilliant ball found him in the box. In the 20th minute, Toby tried his effort from long range hoping to catch the goalkeeper off but his low drive effort could only go wide.

In the 25th minute, City stole the ball after Tottenham lost possession of it. Mahrez quickly found De Bruyne who charged towards the side of the box. His inviting cross was intended for Sterling but Toby blocked it. The rebound fell to Foden and Toby was on hand again to block the attempt. It was two blocks in quick succession.

Just before half time, Mahrez again found Cancelo this time around at the edge of the box. Cancelo gathered it and produced an exquisite curling effort which Hugo Lloris expertly turned over for a corner kick. It was a beautiful save by him.

The first half ended 0-0 and the second half started with Tottenham taking charge this time around. Lucas found Le Celso and he brilliantly produced a beautiful effort aimed at the bottom corner of the net but Steffen brilliantly kept the effort from going in in the 47th minute.

Sterling was sent racing at the goal in the 71st minute. He kept his cool and found Gundogan inside the box. His effort missed just wide. Gundogan should have scored there. The lively Mahrez forced Lloris into another brilliant save in the 72nd minute when his moment of individual brilliance made him run the length of the pitch, beat his markers and struck a shot which Lloris saved.

The moment finally came for City in the 82nd minute when Aurier gave a foul away. The freekick at the side of the box was delivered into the box only for it to be met with precision by Laporte, beating Sissoko for pace and strength to head it into the back of the net to break the Spurs' fans heart and make them dream again for another year to come. They thought this would be their year but it wasn't meant to be. City was too good and showed great desire and determination to get their hands on the trophy.

City are well on their way for a treble. With the Carabao in the bags already, they have the Premier League almost in sight and the biggest of them to come which they would have to battle hard for; the Champions League.

The game ended 1-0 with City going home with the cup and creating memories along the way. Fernandinho has appeared on the winning side for 6 finals. City has now won 4 Carabao cups in a row and 7 in all. They are making this cup theirs.