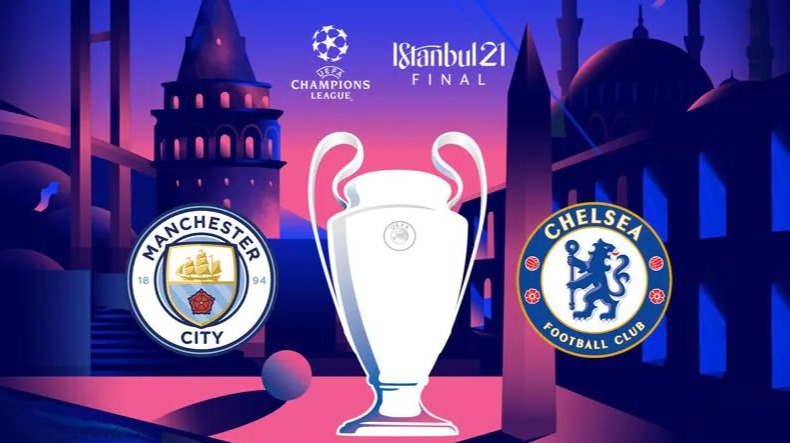 Chelsea proved their mettle against Real Madrid. Everyone expected Real Madrid experience to get them through and even though Sergio Ramos came back into the starting line up, Chelsea scaled through with ease and made Real Madrid look ordinary. Chelsea had series of chances to put the game beyond Madrid but the 2 goals were enough to dump them out of the competition and stage an all English final against Manchester City, who dumped out PSG on both legs.

It has been a lovely run for Tuchel and this Chelsea side despite having a bad season under Lampard, he managed to turn the team around into a real title contender. What a time for Chelsea players and fans.

Chelsea hosted 13 times champion; Real Madrid for the second leg of their UEFA Champions League semi-final at Stamford Bridge. The away goal allowed Chelsea to go into this game with more assurance.

Rudiger first tested Courtois in the 11th minute with a long-range strike which the goalkeeper had to punch away. Chelsea still gained control of the ball and Mason Mount almost found Timo Werner at the near post shortly after but for the timely intervention of the goalkeeper.

Mendy on the other end brilliantly turned over a Benzema's strike that was destined to find the back of the net in the 25th minute. 2 minutes after, the attack turned as Timo Werner exchanged a pass with Kante. Janet found Havertz who glide through into the box. His chipped effort was stopped by the crossbar but Werner was on hand to head home the rebound into the empty net, 1-0.

Mendy became a thorn in the flesh for Benzema as he stopped another effort from him. Benzema received a lovely cross in the box in the 35th minute. His timely header was pushed over by Mendy to prevent Madrid from drawing level. On the other end, in the 46th minute, Azpilicueta also found Havertz with a brilliant delivery into the box. Havertz gave a lovely header that beat Courtois but was unable to beat the crossbar as it rattles.

Chelsea blew another chance in the 53rd minute and this time it was Mount. Werner gave a flicked pass to Mount whose effort from inside the box went over the bar, shockingly. In the 59th minute, Havertz wasted another chance when he was placed through on goal. He was shoulder to shoulder with Werner and he opted to score but the feet of Courtois: former Chelsea goalkeeper prevented the second goal.

Hazard also tried to get over against his former side when he had a shot at goal from a tight angle in the 64th minute but Mendy saved it for a corner kick. A minute after, Timo Werner raced through on goal and with Kante to his left, he released a pass to him in the box but the goalkeeper blocked the shot from Kante. Another wasted chance from Chelsea and even more, a good save from the goalkeeper.

Not to be denied for long, Chelsea got their second goal and Mason Mount registered that. Pulisic was played through in the box and his brilliant effort to cut back and wait to find Mount was brilliant. He found Mount inside the box and he wasted no time in blasting his shot into the empty net to make it 2-0 in the 85th minute and officially dump Real Madrid out of the competition.

Chelsea got through to the final and no one can say they don't deserve it.